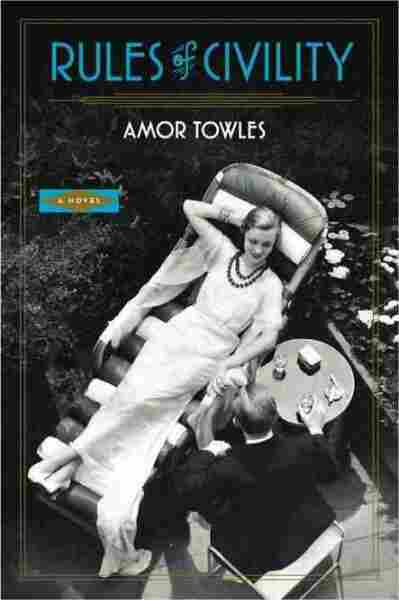 Amor Towles' stylish, elegant and deliberately anachronistic debut novel transports readers back to Manhattan in 1938, just before the sharp lines between social stratifications were smudged by the leveling influences of World War II and the G.I. Bill. Rules of Civility takes its title from young George Washington's Rules of Civility & Decent Behaviour in Company and Conversation, all 110 of which appear in the novel's appendix. Like the literary touchstones he evokes — F. Scott Fitzgerald, Edith Wharton and Louis Auchincloss — Towles, a principal at a Manhattan investment firm with English degrees from Yale and Stanford, writes with grace and verve about the mores and manners of a society on the cusp of radical change.

Towles uses the somewhat contrived device of a long flashback to tell his story, but it works. (In fact, my only other quibble with this polished book is its baffling stinginess with commas.) His starting point is the 1966 opening of Walker Evans' "Many Are Called" show at The Museum of Modern Art, attended by his then-middle-aged, urbane narrator and her husband. Among the photographs — in which Evans captured New Yorkers on the subway with a hidden camera in the late 1930s — the narrator recognizes two shots, taken a year apart, of a man she used to know named Tinker Grey. Seeing these photographs sends her back to reminiscences of the year she met Grey, a turning point in her life.

Towles' engaging, plucky narrator, Brooklyn-born Katey Kontent, nee Katya, of Russian immigrant parents, is 25 in 1938. Recently orphaned, she's a bookworm who diligently does her daily laps in the secretarial pool at a downtown law firm, although she's clearly smart enough to make a splash as a lawyer herself. Living in a Manhattan boarding house until she can afford her own apartment, she meets Eve Ross, a dazzling free spirit who has fled her wealthy Indiana family for adventure. Eve's bottom line in refusing her father's financial support: "I'm willing to be under anything ... as long as it isn't somebody's thumb." 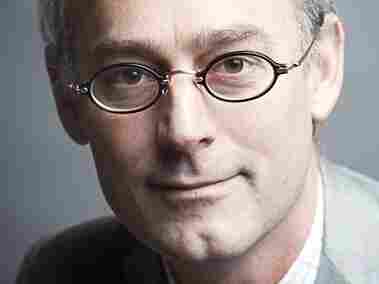 Amor Towles lives in Manhattan with his wife and two children. Rules of Civility is his first book. David Jacobs hide caption 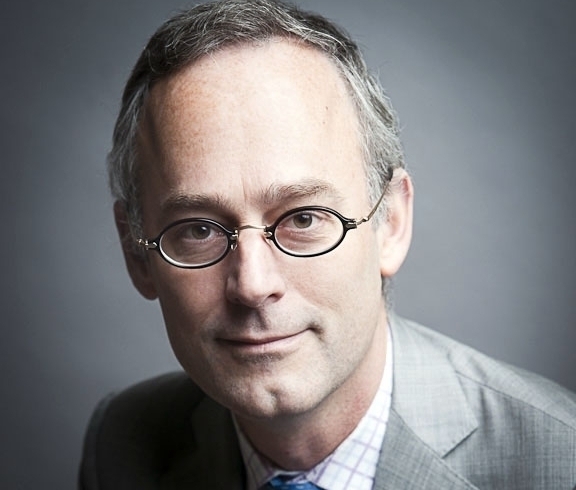 Amor Towles lives in Manhattan with his wife and two children. Rules of Civility is his first book.

On the last night of 1937, Eve and Katey hit The Hotspot, "a wishfully named nightclub in Greenwich Village," where they encounter blue-eyed Tinker (Theodore) Grey, dashing in black tie and cashmere coat. Eve calls dibs on him, although it becomes clear over the course of several high-spirited evenings that he and Katey share the deeper connection, despite what she first perceives to be their very different backgrounds.

Towles' novel, which follows their variable romance along with Katey's ambitious ascension in a man's world, is about the randomness of chance, and how most of us "have a few brief periods when we are offered a handful of discrete options" which will determine the course of the rest of our lives. It is also about maintaining integrity and the capacity for wonder in the face of insidious monetary sway, and Thoreau's exhortions to "find our pole star and to follow it unwaveringly."

Filled with snappy dialogue, sharp observations ("Slurring is the cursive of speech") and an array of terrifically drawn characters with names like Dicky Vanderwhile, Mason Tate and Wallace Wolcott (perhaps not so surprising from an Amor Towles!), Rules of Civility takes us to Gatsbyesque parties on Long Island estates, jazz dives, lushly appointed Conde Nast offices, luxe suites at The Plaza, posh restaurants with menus "like giant playing cards" and flophouses. "Most of us shell our days like peanuts," one character remarks. "One in a thousand can look at the world with amazement." Towles' glittering novel highlights the difference.

Read an excerpt of Rules Of Civility