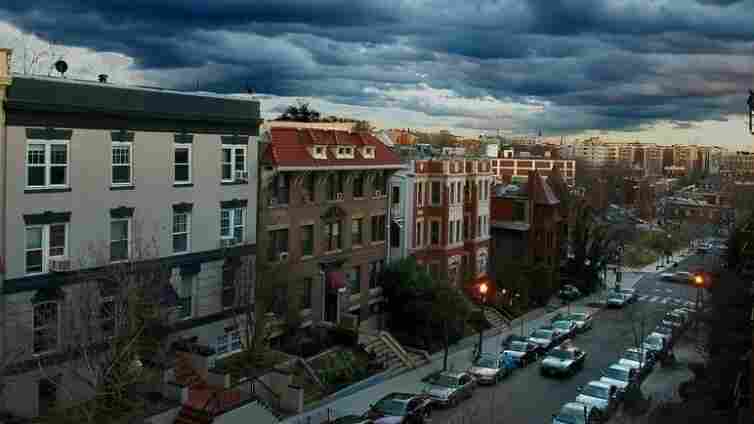 All 17 of George Pelecanos' crime novels have been set in his hometown of Washington, D.C. — but he isn't writing about politicians, lawyers or lobbyists. Instead, Pelecanos' stories look at the city's greasers and drug dealers, its working black families, and its ethnic neighborhoods.

Esquire has called Pelecanos "the poet laureate of the D.C. crime world," and it's a fitting description; when Pelecanos writes about crime in the district, he's also writing about race and class in the city. In a place like D.C., he'd be hard-pressed not to. 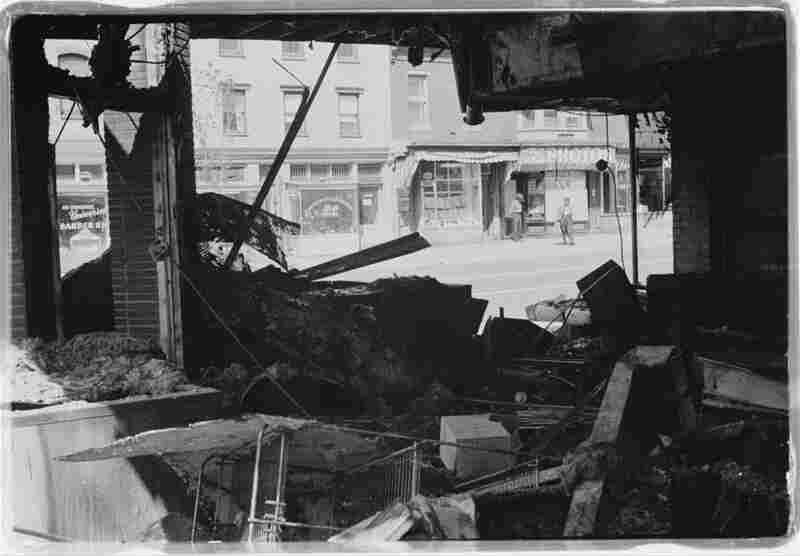 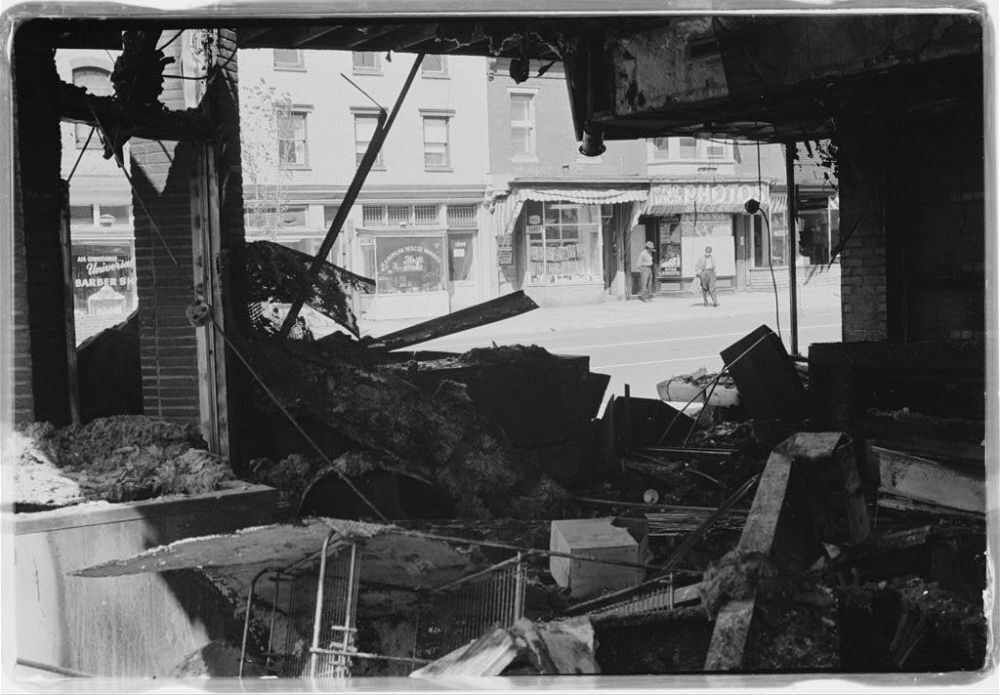 In Hard Revolution, Derek Strange lives through the riots that swept D.C. following the assassination of Martin Luther King Jr. The riots, which took place over five days in 1968 following King's death, destroyed entire blocks of the city.

Read an excerpt of Hard Revolution

Ask Pelecanos, and he says it all started when he was 11 years old and working at his dad's coffee shop. It was the summer of 1968, after Martin Luther King Jr.'s assassination, and riots had broken out on the streets of D.C. The writer says he would take the bus from his home in a Maryland suburb to get to his dad's downtown shop.

"I was on the bus going down 7th Street, which had just burned down two months earlier," he says. "The people on the bus, they were acting differently than they had before; they were dressing much more boldly, and I remember the women wearing these big earrings [that] said 'Black is Beautiful' on them, and they had silhouettes of women with afros."

At the coffee shop, Pelecanos and his dad — two Greek Americans — and all the shop's black employees would work on one side of the counter, while the other side would be full of white professionals.

"It was 1968, and the counter was a dividing line," Pelecanos says. "I knew it, and I've been writing about race and class my whole career. That's where it all comes from — it comes from that summer."

Pelecanos describes the D.C. of his youth as a "powder keg" of tension between white police and the city's black residents. He says that's partly why he made one of his most important characters, Derek Strange, one of D.C.'s first black cops.

A black crowd gathers in front of a drugstore in a blighted part of the district. They're throwing rocks and bottles. Derek Strange and his white partner are called in.

From what Strange could see, he was the sole black officer on the scene. He heard screams of "Tom" and "house nigger," and felt the pounding in his head. He brandished his stick and slapped it rhythmically into his palm. He did not look the crowd members in their eyes.

Serve and protect. Do your job.

But there were also white cops who didn't like black officers getting hired. Pelecanos says that in his research, he talked to one former D.C. police officer who said some white cops quit their jobs over the new hires. 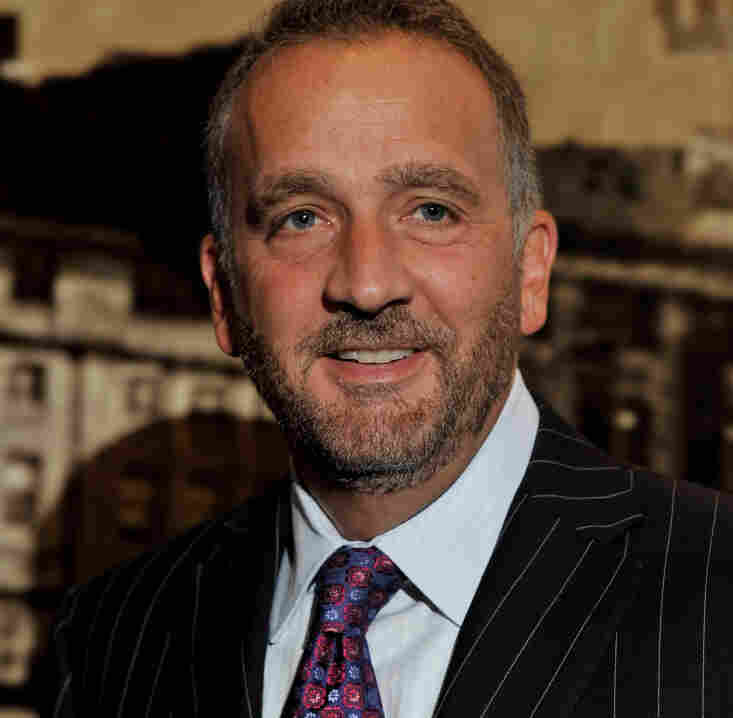 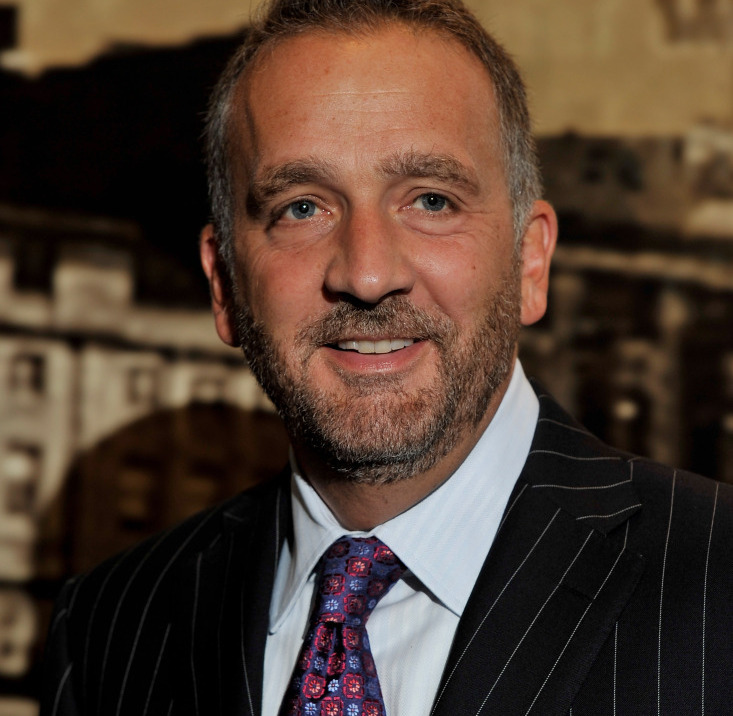 Art Imitates Life In The Neighborhoods

The street crimes of a Pelecanos novel can be brutal with more than one crime often unfolding in the same book. There are neighborhood murders, drug lords, prostitutes, hate crimes — and even the good guys aren't all good. ("I'm not interested in writing about racists," Pelecanos says. "I'm much more interested in people who don't think they have any of those bad feelings.")

Pelecanos makes them all vivid. He tells you everything from what car they drive to what music they listen to — Springsteen or a rocker named Link Wray for the greasers; the soundtracks to Westerns and classic soul for Detective Derek Strange.

He's made Strange into a leader of his community. He was a star athlete in high school, and as an adult he coaches peewee football. When he becomes a private investigator, he opens his office in the Petworth neighborhood near where he grew up so that local kids can see a strong black man going to work every day. The fictional Strange grew up in Park View, in a neighborhood that is both full of families and crawling with crime.

"When I first started writing about this neighborhood," Pelecanos says of Park View, "they would find dead bodies here in the morning. Kids would be walking to school and there'd be a dead body stashed here."

According to D.C. homicide Detective Mitch Credle, there are some strong parallels between the neighborhoods' realities and Pelecanos' fiction. Credle, a 25-year D.C. police veteran, says that when Pelecanos puts the good guys and the bad guys in the same community, it's the real deal. 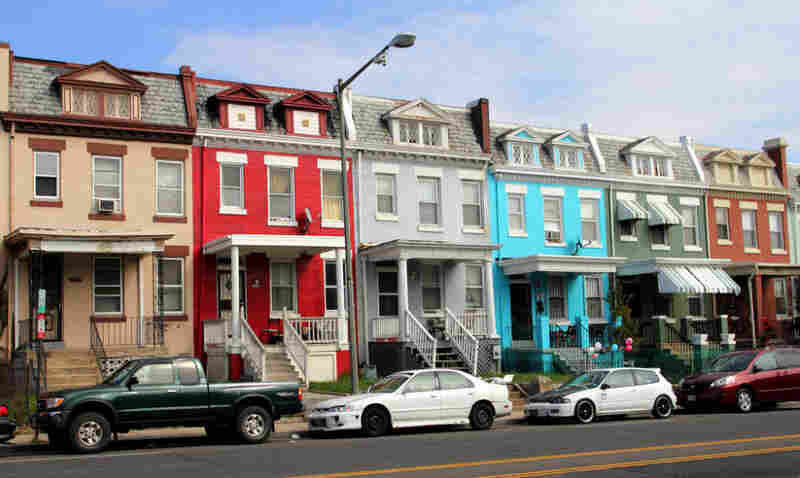 Spero Lucas, the main character of The Cut, takes walks through the city at night. The buildings and streets of D.C. act as characters in much of Pelecanos' writing. Mr. T in DC via Flickr hide caption 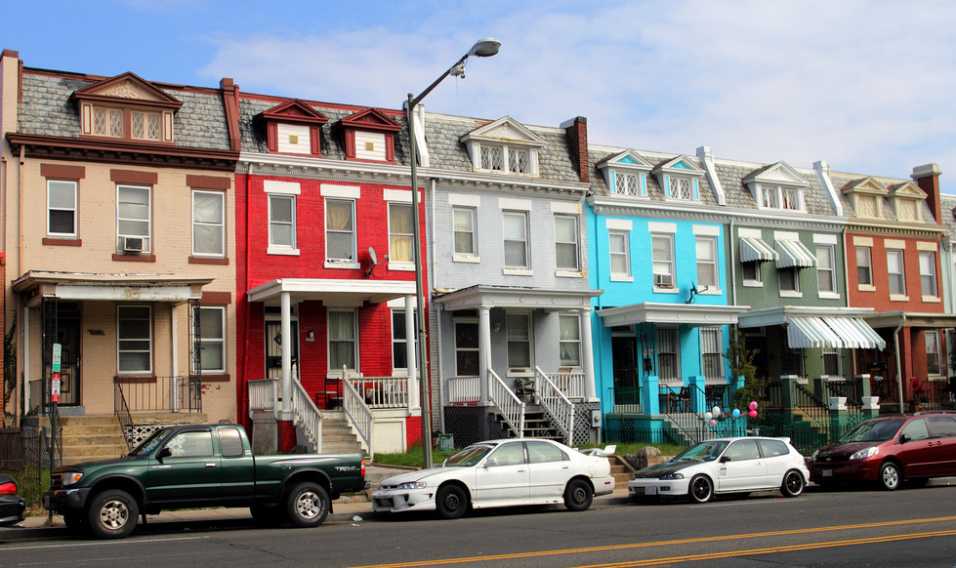 Spero Lucas, the main character of The Cut, takes walks through the city at night. The buildings and streets of D.C. act as characters in much of Pelecanos' writing.

Read an excerpt of The Cut

"All of the murders that we deal with are normally in the neighborhoods," Credle says. "A lot of the criminal element is not necessarily from outside of those communities. For us as detectives, it's not hard for us to gather information in those communities because everyone knows who's committed them, as opposed to being strangers. So I can see where George can really get a feel for what he's writing about, because any and everything he needs is right there."

It's true that when he's working on a new novel, Pelecanos does the kind of shoe-leather work of detectives like Credle. He walks the streets, talks to people and studies the history of a neighborhood. Driving through D.C., Pelecanos points out landmarks from his books, like the house he picked out for the protagonist of his new novel, The Cut, to rob.

"I cased it," he says of the house. "I went back in the alley, and I looked to see if you could break into a place in the middle of the day."

How far did he go in his robbery research?

"The tools are in the trunk," he says.

When George Pelecanos talks about what it was like growing up in D.C., he describes himself as a bit of a greaser. He used to drive a jacked-up Camaro, go to bars and drink whiskey; but he also worked as a dishwasher and sold women's shoes. So it's no wonder Pelecanos can move so easily through the different worlds that make up the district.

He says he's liked getting to know two other cities — Baltimore when he wrote for HBO's The Wire and New Orleans now that he's writing for HBO's Treme — but his novels will always take place in D.C. His life's work is right here.