Accessibility links
It's Not Easy Being Greenblatt: NBC Is Still Looking For The Big Comeback NBC is in fourth place, and that always makes the presentation from its executives a little tense. But in all honesty, the network doesn't have a worse lineup than anyone else; it just finds it harder to sell.

It's Not Easy Being Greenblatt: NBC Is Still Looking For The Big Comeback

It's Not Easy Being Greenblatt: NBC Is Still Looking For The Big Comeback 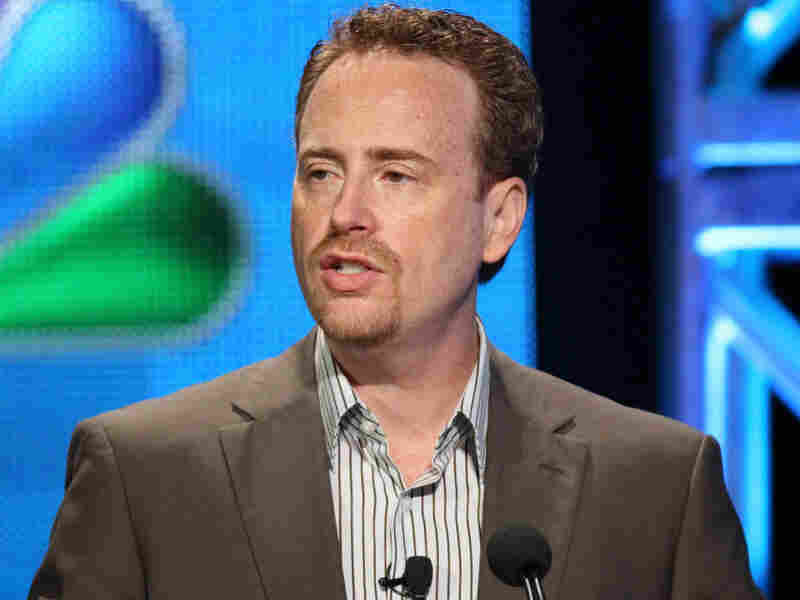 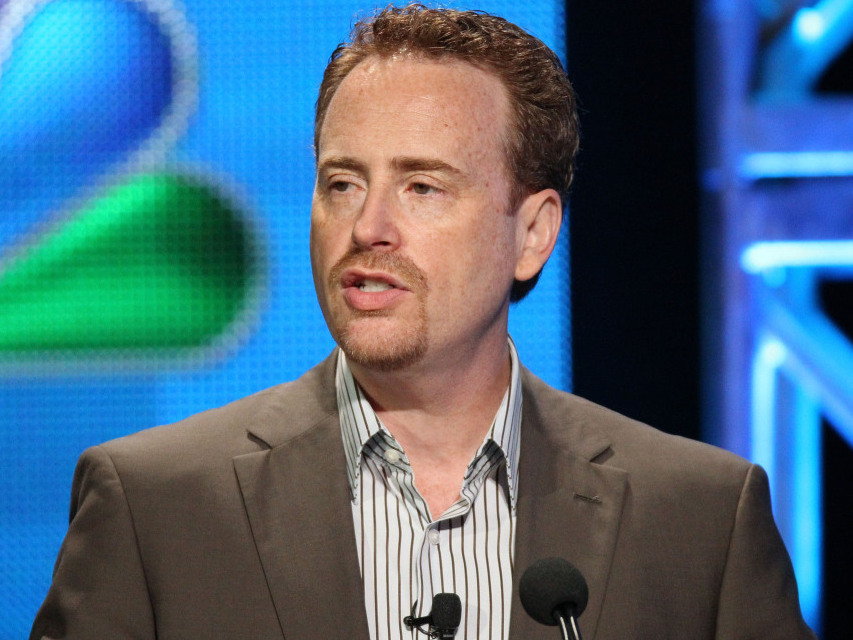 The first time I came to press tour in January 2010, it was the Conan Watch tour, where everyone basically knew that Jay Leno was about to get his time slot back and Conan O'Brien was going to be asked to step aside in one way or another. When I first read O'Brien's "People Of Earth" letter effectively declining the offer to move to midnight, I was sitting in the same ballroom at the same long tables where which I've spent much of the last week.

Things haven't gotten any easier for NBC since then, really. It's still true — as I noted on Twitter yesterday — that if press tour were the Parks Department of Pawnee, Indiana where the network's Parks And Recreation is set, NBC itself would be the equivalent of Jerry, the constantly scapegoated character once referred to as "both the schlemiel and the schlamazel." They do get beat up a lot.

Bob Greenblatt, NBC's programming chief, has only been there for a few months, but he took the stage Monday to talk about the fall schedule — one that, to some degree, he inherited. He's taken on a job where the best audience news the network has to crow about this season, by far, is the strong performance by The Voice. There's also some strength in late night, where Jay Leno, Jimmy Fallon, and Saturday Night Live are all doing pretty well. And Sunday Night Football still does huge numbers. But there's not a Cosby, there's not an ER, and there's nothing on the fall schedule that stands out as having that potential.

These are still hard times. They're in fourth place, and they talk about that, and when they do, they use the words "we're in fourth place." They spotlight the things that are going well, but there's only so much spin that even a broadcast network can manage.

As nice as it might be to be making money from more scripted shows, Greenblatt certainly didn't back away from the successes of The Voice — he took the position that there's nothing inherently wrong with unscripted shows if you do them well. And indeed, particularly compared to other variety shows, The Voice has a good reputation and is nothing to be embarrassed about.

Beyond that, the pickings get slim. The irony of the paucity of commercial successes at NBC, of course, is that many of us suspect that low-rated shows we love, including Friday Night Lights, Chuck, Parks And Recreation, and Community, would not have lasted as long as they have if NBC were thriving the way, say, CBS is.

As much as they get beaten up, though, that's probably as many shows that critics still get excited about as any broadcast network has. In fact, NBC has 46 Emmy nominations this year, only four fewer than CBS and more than either ABC or Fox. It's unfair to whip them for making worse shows than anyone else. They make some of the shows about which it's easiest to be enthused. They just have trouble getting anyone to watch those shows, particularly the ones that are scripted.

So what did Greenblatt have to say about the fall slate — a slate of shows he wasn't initially responsible for, but which he acknowledges is "his schedule" now? Well, the more you listen to him, the more you realize what a battle it is, because for every upside, there's a downside.

For example, Greenblatt talked about the strengths of the reworking of Prime Suspect, a series that was so beloved in the British original with Helen Mirren that the mere announcement that it would be remade for an American broadcast network caused big-time tooth-gnashing. The presence of the very fine Maria Bello in the lead has allayed some of those fears, but a big chunk of the discerning audience that might make that show a hit is starting out from a position of skepticism, just because Mirren's shoes are so hard to fill.

He also talked about the fun, soapy energy of The Playboy Club, which ... well, we've covered that.

As always, there are hopes for the future. NBC is developing a firefighter drama produced by Dick Wolf's production company — Wolf, you'll remember from a million closing credits, is the man behind all the Law & Orders. There's a new development deal with Greg Daniels that will include work on not only live-action comedies like his The Office and Parks And Recreation but also animation, like his long-running Fox show King Of The Hill.

They'll keep trying. They're still the network of Pawnee and Dunder-Mifflin and Jimmy Fallon and — until this season — the Dillon Panthers. There's actually a fair amount to be happy about. But the broader audience has proved hard to win over, and nothing they showed on Monday screams "I AM GOING TO BE A HIT AND FIX EVERYTHING."

The good part is that late night looks pretty stable for now.