Accessibility links
China's Supercomputing Goal: 'Zero To Hero' Last year, China overtook the U.S. as home of the world's fastest supercomputer. That lasted only six months, but generated intense national pride. Will the much-vaunted program able to live up to Beijing's high expectations? 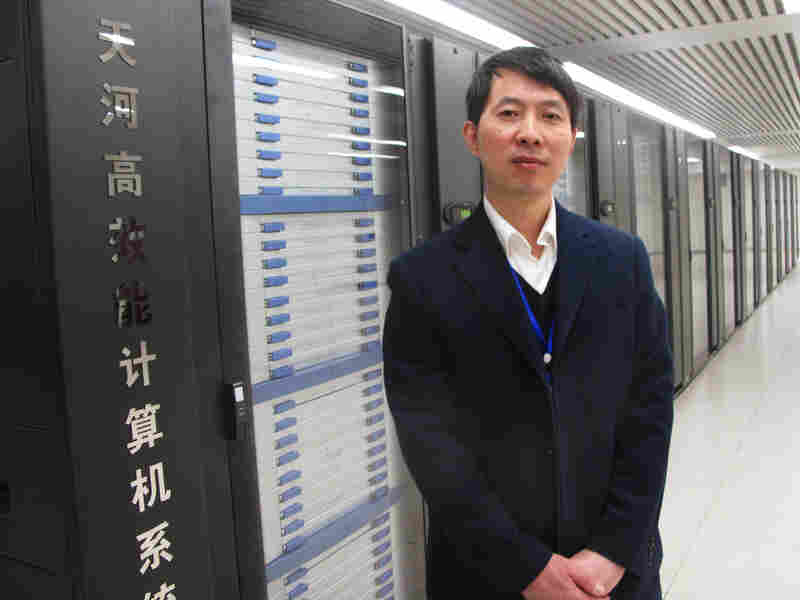 For six months, China's $60 million Tianhe-1A was the world's fastest supercomputer. Now, China is hoping to build on that achievement. Liu Guangming, director of the National Supercomputer Center in Tianjin, China, stands in front of the Tianhe-1A. Louisa Lim/NPR hide caption 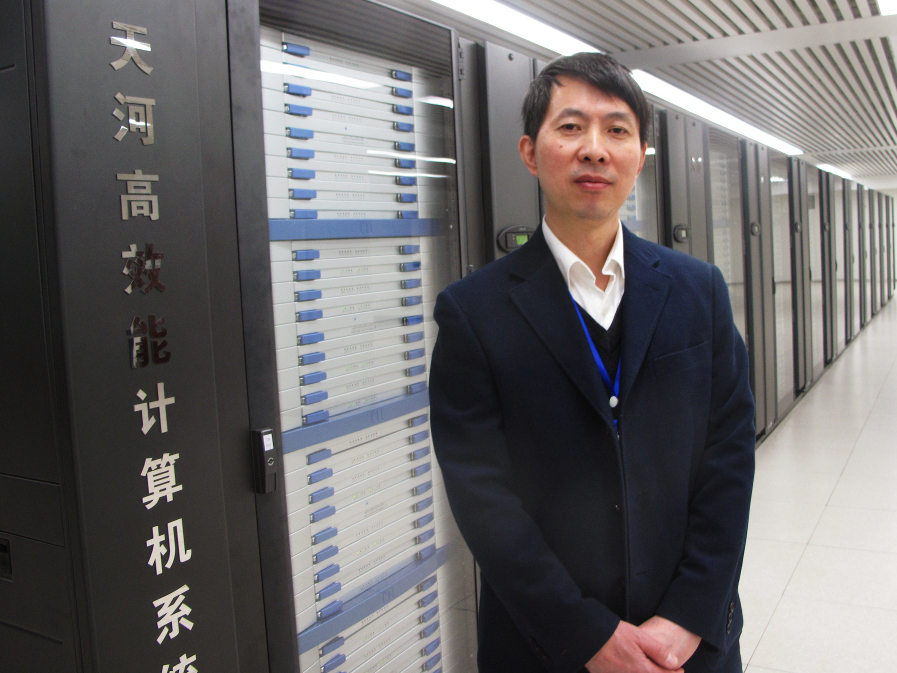 For six months, China's $60 million Tianhe-1A was the world's fastest supercomputer. Now, China is hoping to build on that achievement. Liu Guangming, director of the National Supercomputer Center in Tianjin, China, stands in front of the Tianhe-1A.

China basked in a moment of technological glory last November when it nudged out the U.S. as home of the world's fastest supercomputer.

The achievement was short-lived — after just six months, a Japanese supercomputer three times as fast supplanted the Chinese machine — but it generated intense national pride.

But questions remain as to whether China's much-vaunted supercomputing program will be able to live up to Beijing's high expectations.

Today, China boasts 61 out of the top 500 supercomputing sites in the world — making it second only to the U.S., which has 255.

China's government has prioritized the development of supercomputers, going "from zero to hero" in just a decade.

The world's second-fastest supercomputer, the $60 million Tianhe-1A machine, is housed at the National Supercomputer Center, a new, smart, red-brick building in a new district of Tianjin, about 85 miles southeast of Beijing.

The certificate celebrating the Tianhe 1-A's time as the world's fastest supercomputer has pride of place in the building.

Liu Guangming is director of the National Supercomputer Center.

"When we took the title of the fastest in the world, we weren't trying to be No. 1," he says, adding that he would tease his American friends about the competition.

"I like to joke and say we took No. 1 by mistake. The joke is you guys weren't making any progress, but I was making progress, so I became No. 1," he says.

The Tianhe-1A looks like a row of cabinets the size of enormous refrigerators, full of computing equipment and little red lights blink madly.

Liu says the machine is equivalent to a quarter-million home computers linked together, while the center's publicity material claims it can do as many calculations in an hour as the entire population of China --1.3 billion people — working non-stop for 340 years. 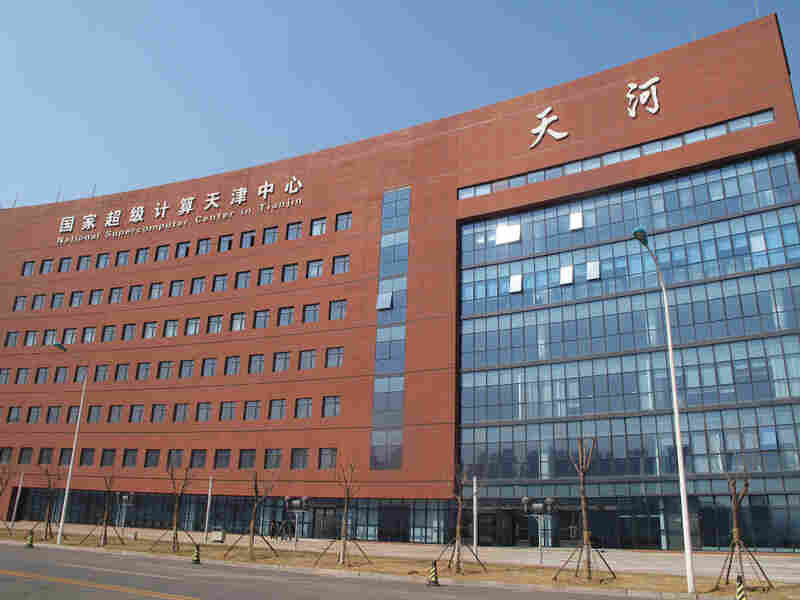 The new National Supercomputing Center in Tianjin is just one of China's new supercomputing centers, with three more under construction around the country. Louisa Lim/NPR hide caption 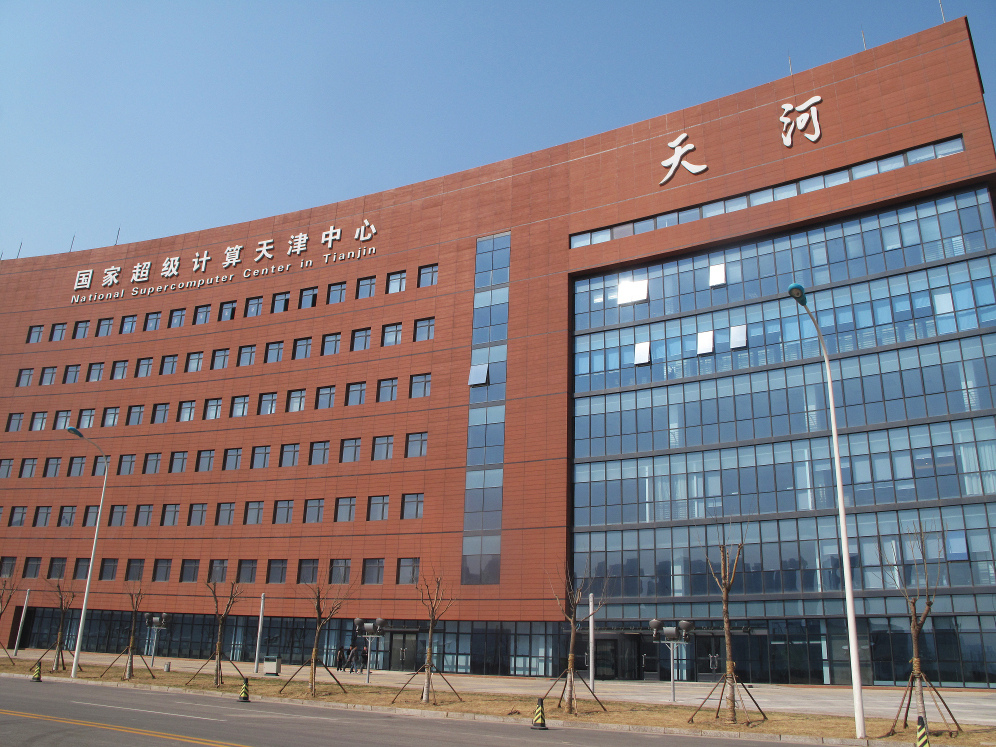 The new National Supercomputing Center in Tianjin is just one of China's new supercomputing centers, with three more under construction around the country.

Liu believes that supercomputers will play an essential role in China's economic and scientific development.

"The key is that this supercomputer can fulfill our needs, including mineral exploration, bioengineering, patents, pharmaceuticals and gene sequencing. Supercomputers can do all these things, as well as 3-D cartoons and animations," he says.

Chinese computer scientists designed the interconnect, which links the processors and was twice as fast as the second-fastest interconnect at the time.

The problem, say critics, is that much of the software available can only use the CPUs. Put another way, it's akin to putting an airplane engine on top of a car engine and saying it's the fastest car in the world. But in fact, the car can mostly run only on its old car engine.

Cao Jianwen, a Chinese Academy of Sciences software expert, says the Tianhe-1A is not using its full potential. He calls the supercomputer a "games machine."

"I'm not saying the computer's no good. I'm saying they publicized it wrongly. They said it was No. 1, but you can't use the GPUs," Cao says. "There isn't a single application that works well with both the GPUs and CPUs. The real customers only use CPUs. But most of the people who use the national supercomputer are animation and games people."

But Liu, the supercomputer center director, dismisses criticisms about the Tianhe-1A's effectiveness as simply wrong.

"We've worked with the state oil company, CNPC, using their own trademarked software. We've made a huge contribution to our country's energy development," he says. "That's enough for me. Anybody who says we're just playing games, well they can go off and play by themselves. I don't care." 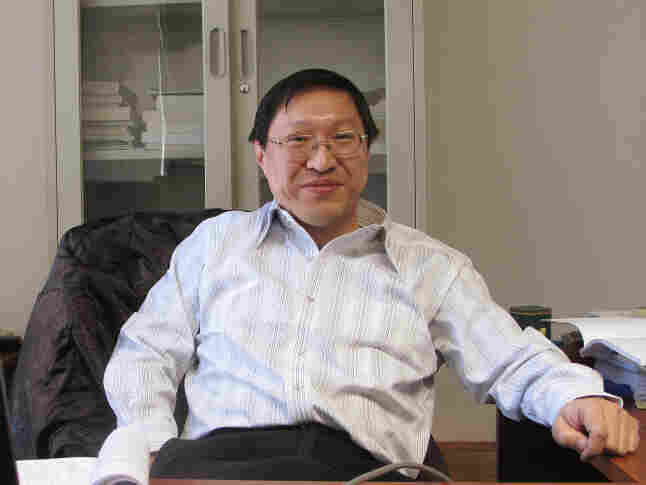 Software expert Cao Jianwen says China's supercomputer is more like a glorified games machine, given the lack of software that is compatible with it. Louisa Lim/NPR hide caption 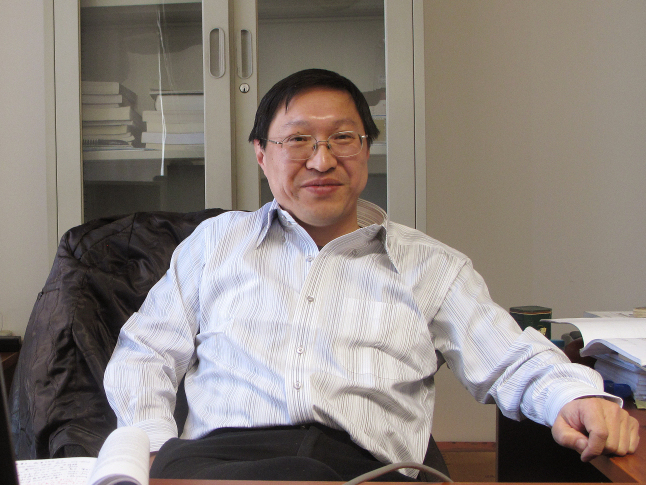 Software expert Cao Jianwen says China's supercomputer is more like a glorified games machine, given the lack of software that is compatible with it.

However, China lags far behind the U.S. in software development. Computer scientists in China say just 10 percent of Beijing's investment goes to software. And a lack of applications that use its own machines could hamper China's supercomputer development.

Dongarra, of the University of Tennessee, says it's still too early to tell whether China's most powerful supercomputer is simply an expensive white elephant.

"This is a critical thing. They have a race car; now you have to build something around the race car to effectively use it. You can't just invest in hardware. You need to make an investment across the board," Dongarra says. "Sometimes these ecosystems are out of balance, and as a result of that, the computer would be very hard to use."

Regardless, China is not sitting on its laurels. Three more supercomputer centers are under construction around the country. And Chinese scientists are working on their own all-Chinese chips.

China may have held the No. 1 spot for just six months, but it still has to prove it can innovate indigenous solutions, rather than just importing them.