Accessibility links
Under Pressure, Soccer Goalies Tend To Dive Right Here's some science for the betting table: When a soccer goalie's team is behind in penalty kicks, the goalie will dive to the right 71 percent of the time, regardless of the direction of the kick, according to new research. Don't believe us? Watch this year's FIFA Women's World Cup final and see for yourself. 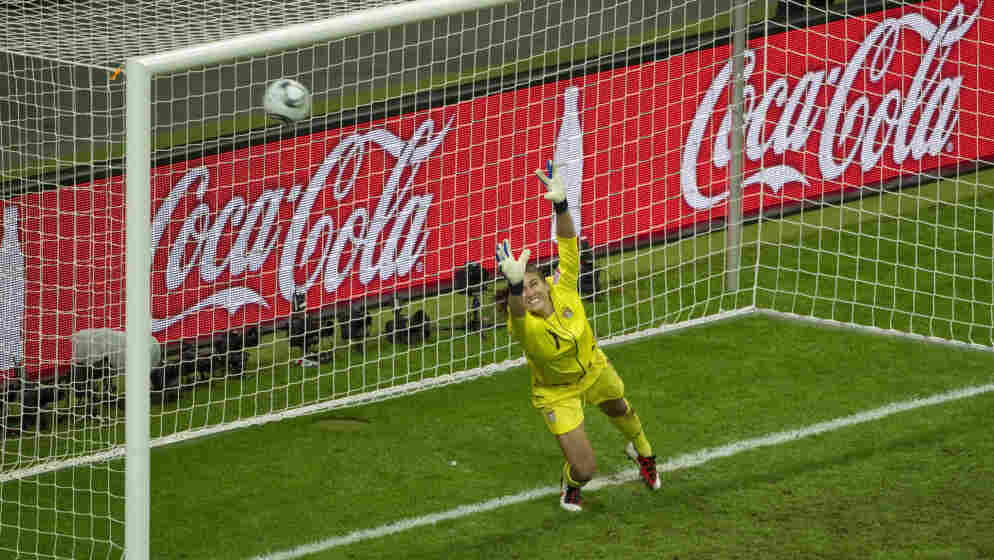 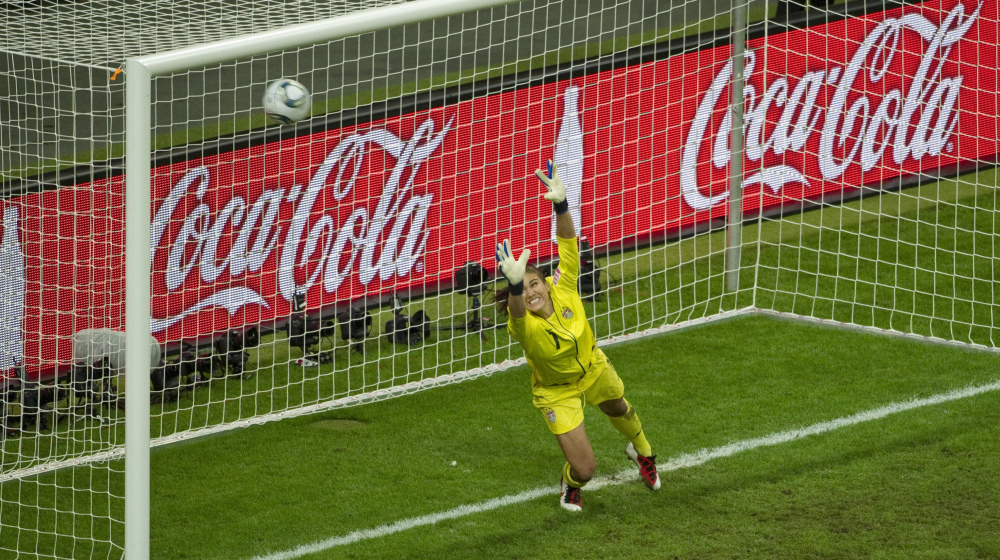 The Japanese women's soccer team stunned the United States a few weeks ago. After a tense match in which Team America seemed to have the upper hand throughout, Japan leveled the game with a late equalizer and then went on to win a penalty shootout.

New psychological research suggests that soccer goalkeepers and teams aren't only affected by the high-stakes pressure of a penalty shootout. Without their awareness, goalkeepers also appear to be biased to dive to the right in some situations.

The consequences of this bias could potentially affect games ranging from casual pickup matches to world championships.

A research study found that during penalty shootouts, goalies will dive to the right side 71 percent of the time when their team is down, but not when they're tied or ahead. (In those cases, goalies dive almost equally to the left and to the right.)

Watch the FIFA 2011 Women's World Cup game shootout between the U.S. and Japan below. Keep score and see if you can predict when the goalie will dive to the right.

The bias primarily seems to affect goalkeepers when their teams are down, according to psychologists at the University of Amsterdam, who published their study in the journal Psychological Science. The psychologists believe the bias likely extends to other sports as well that involve rapid decision-making under pressure.

Marieke Roskes, Daniel Sligte, Shaul Shalvi and Carsten De Dreu said their hypothesis arose from a discussion they had with each other at a bar one Friday evening. The researchers were talking about two recent papers. One showed dogs tend to wag their tails to the right when approaching their masters. The other showed that soccer goalies have a tendency to dive one way or another while facing penalty kicks — they seem to dislike staying still.

Combining the ideas in the papers, and referring to soccer goalkeepers, Shalvi said the psychologists asked themselves, "Could it be that they would also, like the dogs, dive more to the right?"

On the following Monday, they started examining the evidence. They looked at penalty kicks in the men's World Cup soccer championship from 1982 onward and found 204 penalty shootouts. When teams were tied, they found that goalkeepers dived left and right equally. But when their teams were down, the psychologists found goalkeepers were more than twice as likely to dive right as dive left.

Predisposition To The Right

Researchers looked at how soccer goalies moved during high-pressure situations.

Shalvi and the other psychologists said the tendency likely arose in different species because there was an evolutionary advantage for many members of a given species to favor one direction rather than another — when they were hunting or avoiding predators, for example.

Shalvi thinks soccer goalkeepers tend to dive right when all hopes are pinned on them. That's why they dive right, he said, "especially when their team is behind and their likelihood to be heroes is the greatest."

During the recent U.S.-Japan match, U.S. goalkeeper Hope Solo faced four penalty kicks and dived right all four times. That's an anecdote — and may also reflect a deliberate decision on the part of Solo and her coaches — but her behavior does line up with Shalvi's psychological research.

Laurie George, a former professional soccer player who now coaches goalkeepers at the University of Maryland, College Park, said she would share the results of the study with her charges, but said she would still remind young goalkeepers about the basics: Try to make yourself as "large as possible" during a penalty kick, watch the eyes and positioning of the player taking the penalty kick, and get a good jump.