Accessibility links
Inside The Tea Party's Rising Influence The 87 new members of the House are the reason the GOP now controls the House. "Nearly 40 percent of them are self-styled 'citizen politicians' who have never held office and who rode into Washington on the Tea Party wave," says journalist Robert Draper. 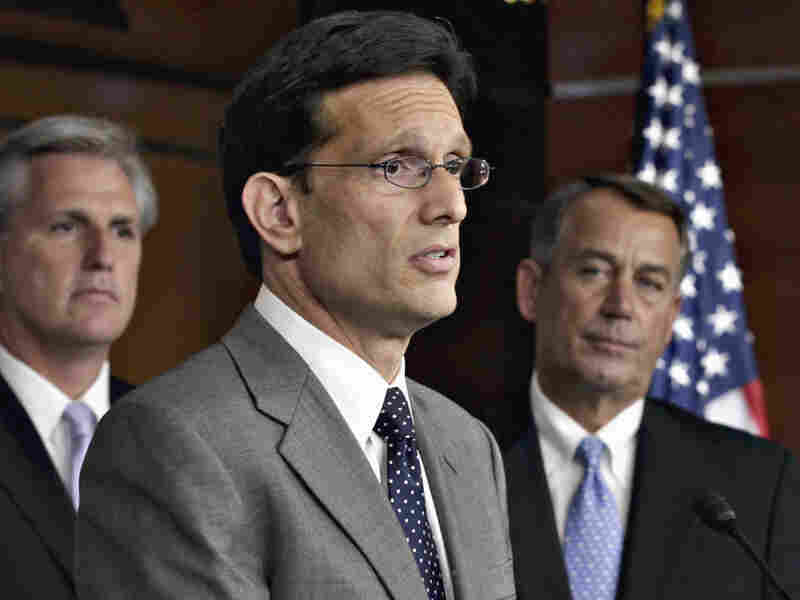 How Kevin McCarthy Wrangles the Tea Party in Washington

The battle over the debt ceiling may be over, but Congress remains deeply divided.

"Republicans are now taking a well-deserved victory lap while the Democrats are in a state of near total dejection," says journalist Robert Draper. "The Republicans got some cuts, they kept some revenue off the table but most of all, what they've done is dramatically shift the ethos in Washington."

Draper recently profiled the House Majority Whip in a New York Times magazine article entitled "How Kevin McCarthy Wrangles the Tea Party in Washington." On today's Fresh Air, Draper joins Terry Gross for a conversation about the relationship House Republican leaders have with the Tea Party freshmen who swept into office during the midterm elections. Draper points out that the 87 new members of the House constitute more than a third of the 239-member Republican caucus and are the reason the GOP now controls the House.

"Nearly 40 percent of them are self-styled 'citizen politicians' who have never held office and who rode into Washington on the Tea Party wave," he writes. "For now, however, they ... constitute the most formidable power bloc on Capitol Hill."

Draper is working on a forthcoming book about the House of Representatives. He is also the author of the book Dead Certain: The Presidency of George W. Bush and has written for GQ and Texas Monthly.

On failing to raise the debt ceiling

"I think that the vast majority of Republicans did care. They did see consequences of failing to raise the debt ceiling, whether those consequences would come into effect on August 2 or two weeks later or a month later. Nonetheless, they had twinned the devastation of failing to raise the debt ceiling with the devastation that they believed would arise if significant financial reforms did not take place. ... All along they seemed to realize that President Obama was not going to allow, on his watch, the US to lose it's AAA rating, would not allow America to default on its obligations. That became the brinksmanship. There was a lot of sweating but all along, there was a thought on the part of the Republicans that President Obama would play ball at the very end because he would have no choice."

On the relationship between House Republican leaders and Tea Party freshmen

"A few months ago, [Speaker John] Boehner was telling colleagues that were close to him that he viewed the historic debt ceiling debate as an opportunity to force dramatic concessions from a Democratic White House. He saw the Tea Party freshmen as something he could leverage. That does not mean that they have not given him heartburn from time to time. ... There has been this tension. ... Boehner's temperament has aided him. He's not a hothead. He tends to be very patient. Temperamentally, he has much more in common with President Obama than either of them would care to admit."

"I decided that when I saw the midterm elections, that the House was going to become relevant ... that this was going to be 'divided government on steroids.' The House was historically set up to be the institution that best captured the passions of the American public and we've seen that now to the nth degree. There's been one wave election after the next ... I thought it was an interesting moment to capture that and frankly, I thought that for entertainment value, the House — which has always been a lot more bawdy, a lot more raucous than the Senate, would now even more closely resemble the World Wrestling Federation."