Accessibility links
Oh Cruel, Cruel World: Pondering 'Art' And Sadism In her new book, Maggie Nelson considers why violence and gore enthrall and excite — and why cruelty is so pervasive in our culture. 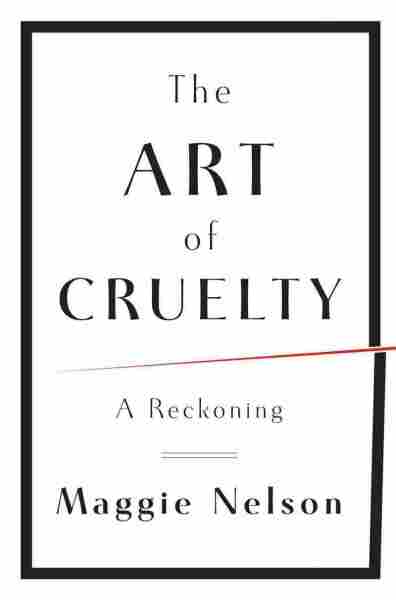 The Art of Cruelty

Maggie Nelson is the type of intellectual polymath one doesn't see too much of these days. She is a stellar poet (she just won an NEA fellowship for poetry), a respected writing teacher at storied institutions like Wesleyan and CalArts and a cult-hit author whose elegant volumes of essays defy easy classification. Her last book, Bluets, was a stunning collection of lyrical musings on the color blue in art history. Nelson's take on the color was that it encapsulated the entire vivid range of human joy and suffering. It was an audacious argument, but Nelson's unique style of meandering through literary texts and personal memories made it work; she is proof of the theory that no idea is too strange if placed in the hands of an expert stylist.

Nelson's new book, The Art of Cruelty: A Reckoning, emanates from a similarly broad subject. For her first outing with a major publisher, Nelson chose to focus on the pervasiveness and complexity of cruelty in art and culture, beginning with the question of whether violence and gore can still make a visual impact in an already bludgeoning media environment. This question leads her on a journey through such divergent topics as violence in video games, NBC's pedophile-persecuting To Catch a Predator, simulated rape art, Francis Bacon, Sexton poetry, the work of playwright Martin McDonough, Sylvia Plath, torture-porn movies, Abu Ghraib prison, Britney Spears and Patti Smith — and somehow she makes it all come together in a fresh examination of why we are so attracted to sadism.

Though books of criticism don't normally break through to mass audiences, there are certain tomes, like John Berger's Ways of Seeing or Susan Sontag's On Photography, that have managed to seep into public consciousness. It's clear that The Art of Cruelty intends to be this kind of book. In between her serious blocks of research, Nelson pauses to synthesize, inject humor and often speak directly to the reader as if he or she were part of a fiery conversation over dinner rather than an anonymous page turner. Her one-liners are sparkling. In musing about the controversial movie posters for the 2007 thriller Captivity, which claimed to be empowering to women while depicting abduction and rape, Nelson quips, "This is, I suppose, one version of female empowerment — the kind you might see looking through a pinhole, angled toward hell." 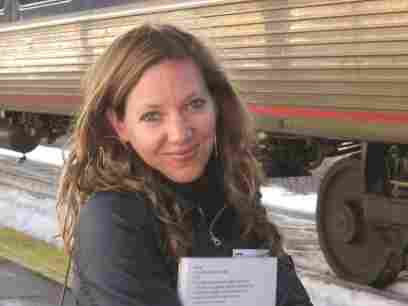 Maggie Nelson was awarded a fellowship for poetry from the National Endowment for the Arts in 2011. Harry Dodge/ hide caption

Nelson's subject matter is vital in a time when the Internet has provided infinite alleys for casual access to the horrific; with a click of a button one can see a video of a soldier opening fire on civilians, or any flavor of deviant pornography. At a certain point, it can all seem to flatten out. Yet there are things that still shock us, Nelson argues — perhaps, the wrong things. The photos from Abu Ghraib were so offensive that President Obama refused to release the entire collection, but, as Nelson reminds us, "To state the obvious but oft-repressed or denied point, it isn't the act of releasing photos that inflames anti-American sentiment; it's the behavior captured by the photos. ... If you don't want to inflame via images of the behavior, then you have to stop the behavior."

The Art of Cruelty is not a book for the squeamish or even the passive reader. It will upset and confuse, and even delight at times. It's a lean-forward experience, and in its most transcendent moments, reading it can feel like having the best conversation of your life. It's not an easy text to dive into, but once begun it's difficult to ignore. For all of Nelson's talents, this may be her greatest skill: She pulls you into a dialogue and won't let you go until her research and hypnotic voice is rattling around in your brain. As torment goes, we'll take it.