Accessibility links
Debt Deal May Erode Independent Support For Obama After the prolonged fight to raise the debt ceiling, polling trends show a strain of discontent with Washington and concerns about Obama's leadership — particularly among liberal Democrats and the independents seen as essential to his re-election bid. 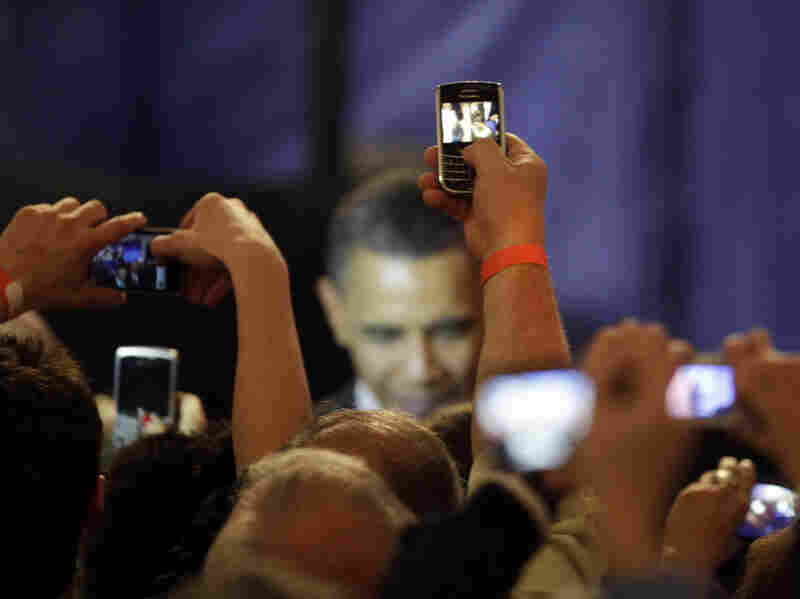 Supporters take photos of President Obama at a fundraising kickoff event in Chicago in April. During the heated debate over the debt ceiling, the president canceled several fundraisers in order to focus on negotiations. Nam Y. Huh/AP hide caption 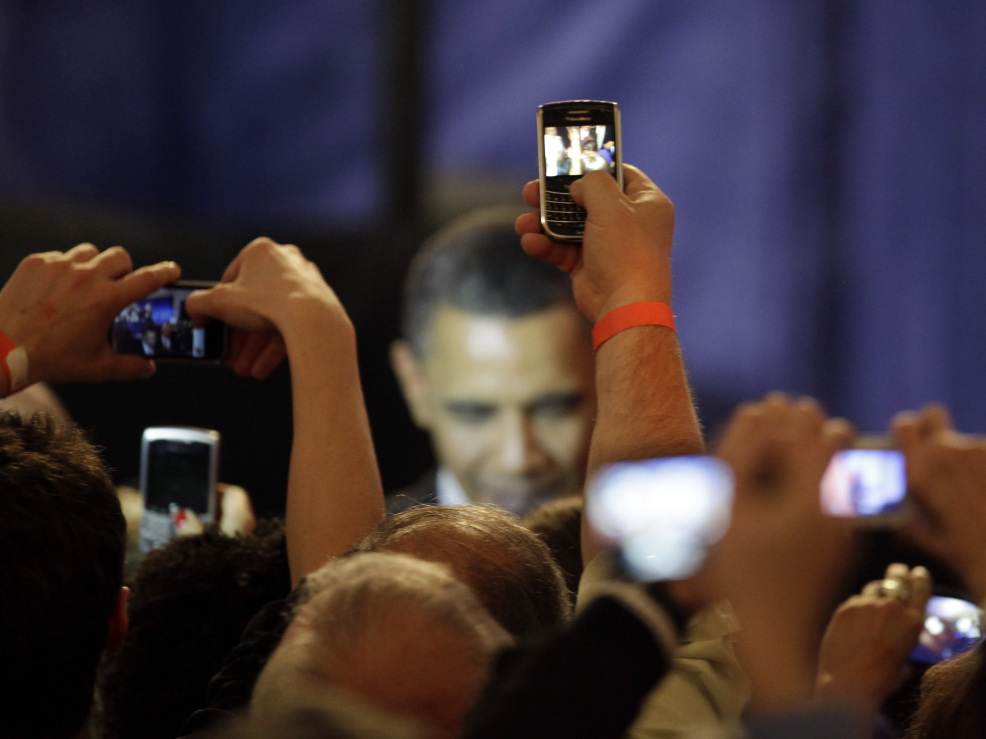 Supporters take photos of President Obama at a fundraising kickoff event in Chicago in April. During the heated debate over the debt ceiling, the president canceled several fundraisers in order to focus on negotiations.

During Washington's heated debate over the debt ceiling, President Obama and others in the administration canceled several campaign fundraisers as work on a compromise dragged on. But on Wednesday night, the eve of his 50th birthday, Obama went out to raise money at a pair of birthday-themed events in Chicago. The election is a long way off, but the country's long-term financial obligations seem certain to become a prime issue.

It didn't take long after an agreement on the debt ceiling for Obama's official campaign website to post a video of the president talking directly to his supporters about the deal.

"This has been a long and messy process, and as with any compromise, the outcome is less than satisfying," he said. "But it has also launched an important debate about how we approach the big challenges we face — about how we rebuild our economy."

That debate likely won't wane now that the debt-ceiling deadline has been met. The president's campaign is sizing up public reaction from his core Democratic base and independent voters, who are seen as critical to his re-election bid.

"My sense is that the public is very unhappy, disenchanted — you know, outraged, really — at what looked like an amateurish performance on everybody's part," said J. Ann Selzer, a veteran Iowa-based pollster. "And independents in particular are kind of caught in an unhappy middle."

But the debt deal also underscores the strain of discontent with the president among liberal Democrats. Progressives complained that Obama gave away too much too early to the GOP and didn't fight hard enough for revenue increases as part of the package. So he looks ahead to the 2012 race having to mend some fences with activists in his own party.

Neera Tanden of the liberal Center for American Progress in Washington says the president needs to offer solutions on jobs.

Tanden says the president cannot take the votes of Democrats for granted — especially given how many are facing economic anxiety. A strong message on jobs, and on protecting Medicare and Social Security, is one that will appeal to both progressives and independent voters, she says.

The White House announced Wednesday that the president will take a bus tour through the Midwest the week after next to discuss the economy.

"I think their instinct to go out on the road is a good one," said Mike Murphy, a Republican strategist. "I want to see what the messaging is."

No details regarding the Midwestern itinerary have been announced. Obama will no doubt be in states that are still struggling, but perhaps in places relieved that General Motors and Chrysler are coming back after getting billions in federal help.

"If he has a smart jobs message on the road that plays credibly, it'll probably be helpful to him," Murphy said. "If he tries to take a victory tour on the auto industry or something, it'll backfire, because people don't think we're out of the woods. People think the woods are getting worse."

At Wednesday's briefing at the White House, the press secretary was asked if the bus tour represents the president pivoting back to jobs. His response: that it's not a shift, and that jobs have been a constant concern for the president.

With jobs being a huge issue for both independent and Democratic voters, look for the president to try to keep the focus on his efforts in that area, and to get past the wrangling of the past few weeks in Washington.