Accessibility links
Double Dip: Is U.S. Headed For Another Recession? The economy is already skirting the razor's edge that separates recession from recovery. Current numbers are less than encouraging, and the country faces a number of challenges just a little further in the future, including another decision about raising the debt ceiling. 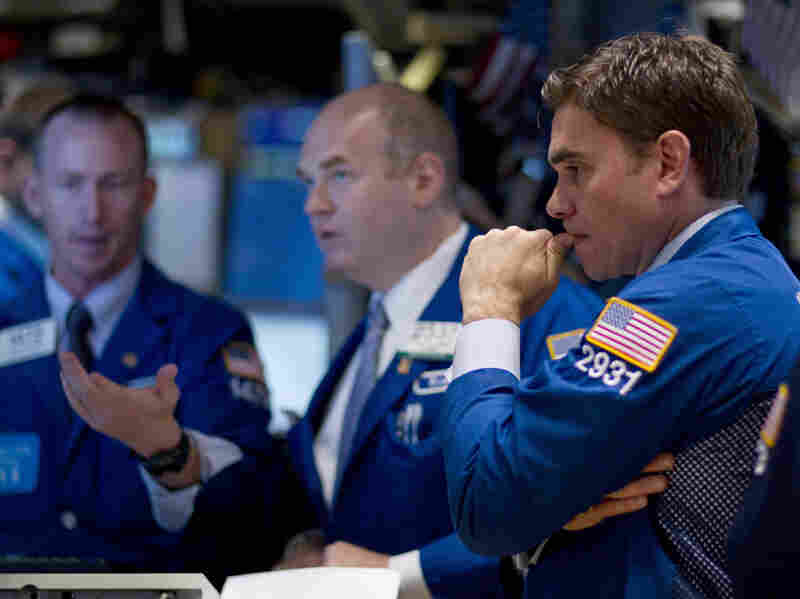 Traders work on the floor of the New York Stock Exchange on Thursday. Stocks sank again as investors continued to fret about the struggling economies in Europe and slow growth in the U.S. Jin Lee/AP hide caption 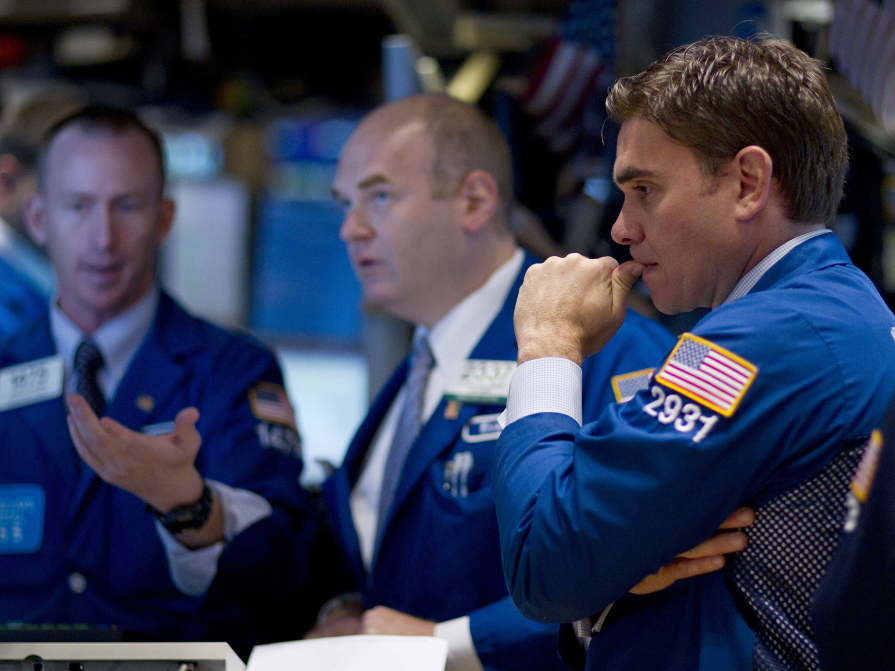 Traders work on the floor of the New York Stock Exchange on Thursday. Stocks sank again as investors continued to fret about the struggling economies in Europe and slow growth in the U.S.

The U.S. economy barely grew in the first half of the year. And economists aren't expecting good news about jobs from the Labor Department on Friday.

No Growth 'Surge' In Sight

The U.S. economy is already skirting the razor's edge that separates recession from recovery.

"There is no emerging source of demand that's going to lead us to a surge of growth," says Lawrence Mishel, president of the Economic Policy Institute.

He says no one is spending money enough to help the economy expand — not consumers, not businesses and not government.

"There does not seem to be any rescue in sight. If consumers are dead in the water and businesses are not going to expand, if government is out of the equation by concerns of debt and deficit, then it's unlikely we're going to get any strong growth," Mishel says.

Mishel and most other economists believe the economy won't contract this year, but things look grim just a little further out.

He says that at the beginning of next year, the economy will face more headwinds: The Bush tax cuts are set to expire, bigger deficit spending cuts will kick in, and Congress will face another decision about whether to raise the debt ceiling.

Gault says the economy might be able to absorb those blows, but only if it doesn't encounter any unexpected bumps in the next year.

"And it means if we were hit with another shock — say from the eurozone, an explosion of the debt crisis, or say from the Middle East, some interruption into oil supplies, I think that probably would drive us into recession," he says.

But Europe is looking unstable. Markets plummeted sharply on debt worries in the larger economies of Italy and Spain.

However, Shepherdson is among the believers that the U.S. can stabilize in the next year.

"I think the absolute key engine for the economy is going to be the small business sector, which accounts for about half of GDP," he says.

"Because they're mostly domestic, they generate all their jobs at home, not in China or Vietnam or Bangladesh. And so dollar-for-dollar, growth in the small-business sector is exactly what you need to generate proper employment growth and to give the economy a solid base," he says.

There are also those who say the economy's problem isn't one of demand or lending. They say the recession has prompted a permanent structural change in employment.

Gary Burnison, CEO of the executive recruitment firm Korn/Ferry, says technology has replaced unskilled work, and that means hiring is not likely to come back with a bang.

"Whether it's a double dip, I'd say it's a long drip," Burnison says.

He says there are also psychological after-effects from the 2008 financial crisis. He recalls friends of his — other executives — panicking three years ago, "and they were actually pulling money out of banks, you know, they had this hoarding of cash mentality. And that's very much in the minds of people to this day."

So even now, they continue to remember those days, and they watch every penny they spend and remain reluctant to hire.

Technically, the economy might not be in a recession, but it may continue to feel that way for many Americans.