Accessibility links
Massive Heat Wave Could Cause Corn Prices To Pop Experts say the heat, which has scorched millions of acres of farmland, could lead to higher prices at the supermarket. It could also cause a jump in prices for meat and dairy fed by corn stock.

Massive Heat Wave Could Cause Corn Prices To Pop

Massive Heat Wave Could Cause Corn Prices To Pop 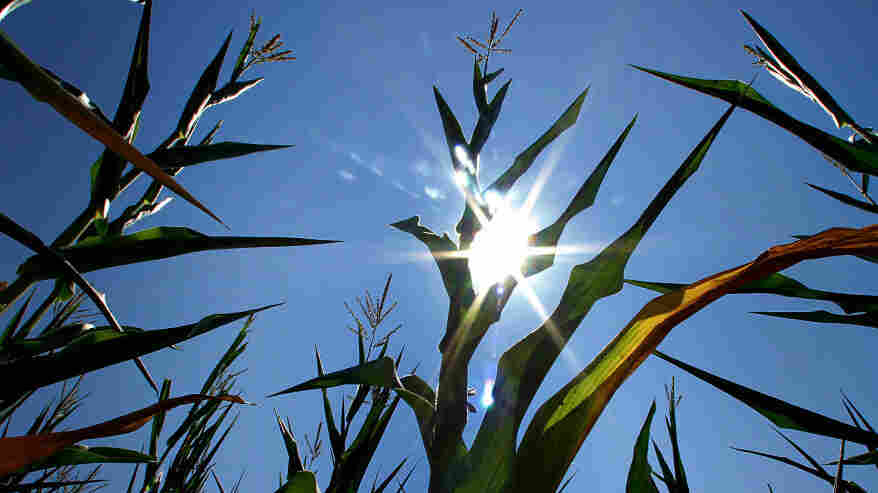 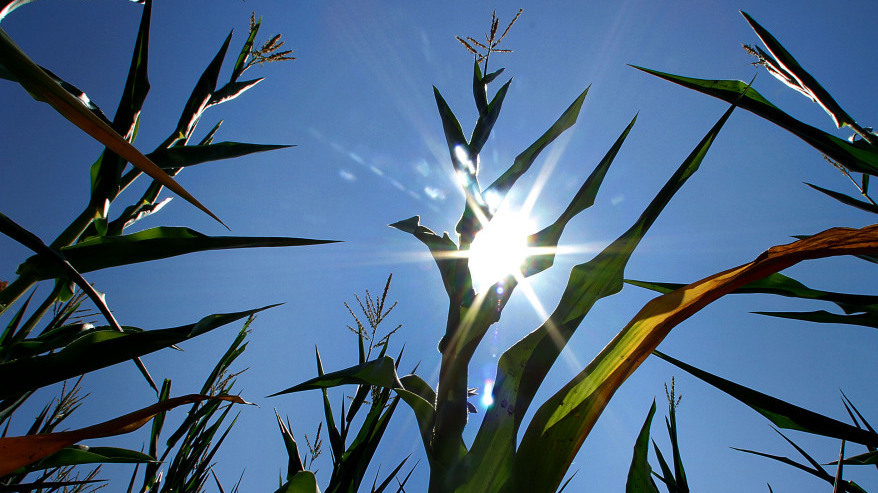 The massive heat wave that has baked much of the country's eastern half has scorched millions of acres of farmland, threatening crops and likely leading to higher prices at the supermarket, experts say.

Corn, which is at the crucial pollination stage in many areas of the Midwest, is especially vulnerable, but experts warn that if the high temperatures persist into August, the soybean crop could also take a hit.

Excessive heat warnings stretched from Kansas to Maine as the week ended, with triple-digit temperatures forecast through at least the weekend for much of the region.

"The corn crop is going to be reduced in many areas for sure because the soil has dried out," said Ed Kieser, a Columbus, Ohio, based agricultural meteorologist. He said that about 35 to 40 percent of the Corn Belt has been affected by the excessively hot and dry conditions.

For farmers, a shortage of corn means paying more for livestock feed. For consumers, it translates to higher prices for meat and dairy products on grocery store shelves.

One of the problems is that in many areas, the very wet spring and flooding in the Mississippi Valley delayed corn planting, said Corrine Alexander, an agricultural economist at Purdue University.

"In some places it was so wet, the fields were so muddy, you couldn't get equipment into the fields," she said.

So, instead of corn pollinating toward the first part of July, it's happening right now.

"Pollination is the vulnerable time for crops. Corn doesn't like high temperatures. In the 80s is ideal, but right now we have much higher temperatures," Alexander said.

A poor yield in the current crop would do nothing to replenish already incredibly tight corn inventories from the 2010 harvest, she said. She estimates that corn prices could go up 20-30 percent, but it might take a while before consumers notice.

"There's always a lag time that goes into consumer prices," Alexander said. "Rather than pay higher feed prices, many farmers will choose to liquidate (livestock) herds, which would mean lower prices in the short-term, but higher longer-term prices."

A shortage of corn would set up a bidding war for what little there is, said Dan O'Brien, an extension agricultural economist with Kansas State University.

There would be a competition "amongst corn exporters, livestock producers and ethanol and other industrial users," he said.

With gasoline prices already high, the edge in the market goes to the ethanol producers, he said, but "if we would see a dramatic lowering of fuel prices, that could change."

Meteorologist Kieser said although a bit of relief from the 100-degree heat is on the way for some areas, it's likely just a brief respite before "Round Two" of the heat wave.

"In the western part of the Corn Belt, we could get showers and thunderstorms in the coming days, but next week, I see the heat building again over the same areas," he said.

Wheat and soybean prices are likely to be less affected by the drought and heat wave, said Alexander.

A drought that began last year has hammered the wheat-producing states of Kansas, Oklahoma and Texas, but "most of the winter wheat crop got harvested before the drought really set in," she said.

While the U.S. is the world's major producer and exporter of corn, Brazil, Argentina, China and India are also major producers of soybeans and allow for "a lot more wiggle room" in the market, Alexander said.

Kieser said that for many farms, the damage has already been done.

"For some fields it's too late, for others maybe not," Kieser said.

The remedy for those fields that can be salvaged is pretty straightforward, Alexander said.

"Big rains would be a huge help," she said.