Accessibility links
'Sweethearts' On-Screen, But What Happens Off? Fred Astaire and Ginger Rogers weren't the only famous Hollywood musical team of the 1930s. Jeanette MacDonald and Nelson Eddy also starred in a series of operettas. But classical music critic Lloyd Schwartz says the two couples achieved their success in quite opposite ways. 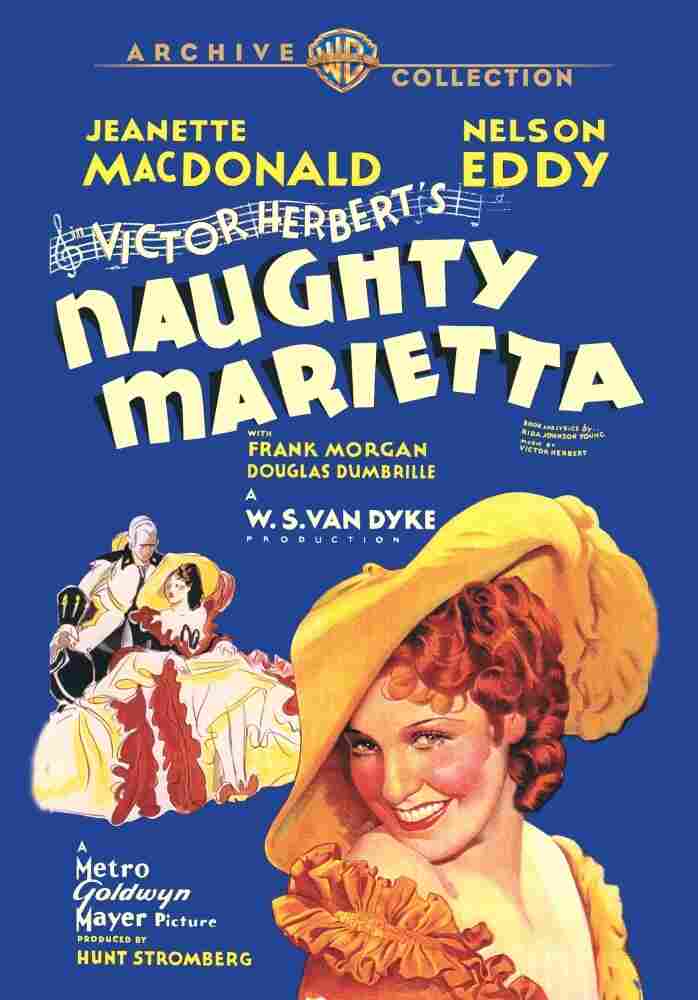 Around the same time that Fred Astaire and Ginger Rogers were swinging their way into America's hearts with a snappy new American approach to movie musical comedy, another musical movie couple, Jeannette MacDonald and Nelson Eddy, were a huge success bringing to the screen and enlivening a dying European tradition of sentimental musical romance we call operetta. Astaire and Rogers danced to tunes by Cole Porter, George Gershwin, Jerome Kern and that most American songwriter, Irving Berlin, who was actually born in Russia. Most of these were original scores written for them.

MacDonald and Eddy used already familiar, even old-fashioned material by such European composers as Sigmund Romberg, Rudolf Friml, Victor Herbert and even Noel Coward. Their last film together was their only film with a score by Americans, a 1942 musical version of Rogers and Hart's I Married an Angel, and it was a flop. Astaire and Rogers came to movies from vaudeville and Broadway, where they had to Americanize their names (imagine a dance team called Austerlitz and McMath!). MacDonald (her real name) also appeared on Broadway, while Eddy (his real name) came from the concert stage. Their singing is more formal and operatic.

Both musical teams were immensely popular and tapped into the different kinds of romance audiences wanted. A couple of the MacDonald/Eddy films, directed by W.S. Van Dyke — who was shooting The Thin Man films at the same time — were actually nominated for and won major awards. But operetta hasn't survived as well as musical comedy. The first commercial DVDs of Jeanette MacDonald/Nelson Eddy operettas have only just been released. One is their very first film, Naughty Marietta, from 1935, based on a 1910 Victor Herbert operetta. As in several of their films, the plot concerns a European MacDonald coming to the United States. Here she's a princess escaping in disguise to New Orleans from a loveless betrothal and falls in love with Eddy, a backwoods mercenary captain. Herbert's original score is pared down, but the songs are memorable: especially the famous "Italian Street Song," "Tramp, Tramp, Tramp," "I'm Falling in Love with Someone," and the iconic, surprisingly moving "Ah! Sweet Mystery of Life," their public declaration of love at the moment they're forced to part. 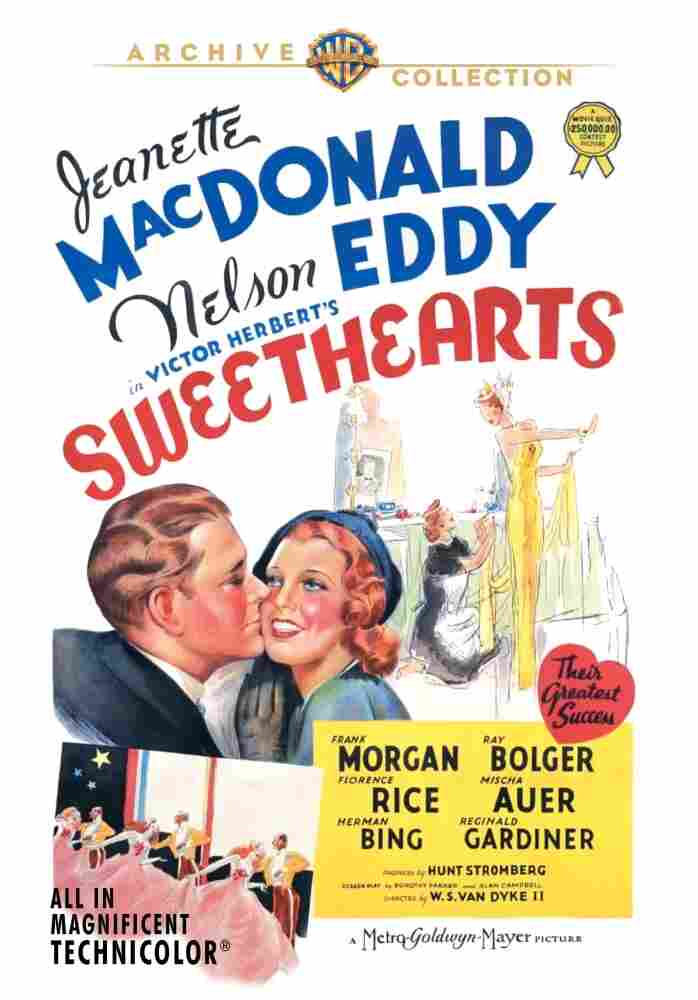 The other Jeanette MacDonald/Nelson Eddy release, Sweethearts, comes from three years later, and was not only their own first full-length Technicolor musical but MGM's as well. It's also by Victor Herbert, and it's dazzling to look at, with an amusing new script by Dorothy Parker and Alan Campbell, in which married Broadway stars are celebrating the sixth anniversary of their revival of Herbert's 1913 Sweethearts. The opening credits list "immortal melodies" by Victor Herbert, though I wouldn't call it one of his very top scores. The supporting cast includes Frank Morgan as a desperate Broadway producer and Ray Bolger tap-dancing in wooden shoes — just a year before they appeared together again in an even more memorable Technicolor musical, The Wizard of Oz. The new DVDs also include 1940s radio versions of both Naughty Marietta and Sweethearts and fascinating takes from the recording sessions for these films.

They certainly make an appealing team. MacDonald has tremendous vivacity and backbone (she was once nicknamed "The Iron Butterfly"), and though Eddy is a little stiff, he's actually not as stiff on-screen as he is in my memory. Although they were married to others, a rumor persisted that they were really lovers, and another that they hated each other. On-screen, they're quite convincing and endearing in both their fights and their musical lovemaking. They made six other films together, including Maytime, with a wrenching performance by John Barrymore, and Rose Marie, in which young James Stewart plays a bad guy and Eddy and MacDonald sing their most famous — and most parodied — duet, "The Indian Love Call." I hope we don't have to wait too much longer for them all to be released.