Accessibility links
Movie Review - A 'Whistleblower' Against International Injustice Based on a true story, a U.N. peacekeeper in Bosnia discovers her colleagues are complicit in a sex-trafficking network. Bob Mondello says the thriller is pulse-quickening, with a strong (if unsubtle) sense of moral outrage. 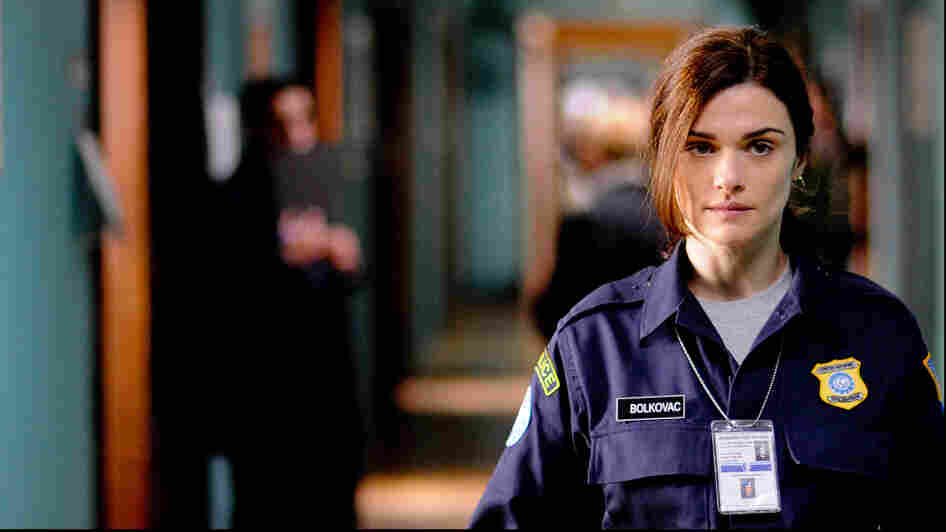 Taking A Stand: Kathryn Bolkovac (Rachel Weisz), a police officer who moves to Bosnia to work with the United Nations, makes the decision to speak out against the moral turpitude of her fellow peacekeepers. Director Larysa Kondracki commits wholesale to a straightforward heroes-and-villains approach. Andrei Alexandru/Samuel Goldwyn Films hide caption

Kathryn Bolkovac was a police officer in Lincoln, Neb., in 1999 when she accepted a contract with the United Nations to work half a world away in Bosnia. What she found there shocked her, and the filmmakers who've based the urgent, earnest thriller The Whistleblower on her story are guessing it will shock audiences, too.

Being a U.N. peacekeeper in a nation where ethnic strife goes back generations could never have struck Bolkovac as an easy job, but it probably hadn't occurred to her that the guys working with her wouldn't necessarily be allies. Almost as soon as she arrives in Sarajevo, the locals — translators, drivers, cops — are conning her at every turn, and she starts to suspect her superiors aren't always playing straight with her, either.

Bolkovac, played with quiet ferocity by Rachel Weisz, sees a case on her first day that only she seems interested in: a middle-aged Muslim woman who's been beaten and stabbed by her husband. It's not the first time the woman's come in battered, bruised and bleeding, but each time no charges are filed, and she's sent back to her husband.

Realizing that ethnic divisions within the police force won't keep it from happening again, Bolkovac steps in to assist a local officer with a full investigation, and together they take the case to court. Two months later, they win — the first successful prosecution for domestic violence, a senior U.N. official (Vanessa Redgrave) informs her, since the end of the war in Bosnia.

When Bolkovac says it was all basic police work and that she was just doing her job, Redgrave intones evenly, "You can't imagine how that makes you stand out around here."

As a reward — if that's the word — she's offered a job no one else wants: head of the Gender Affairs Office, a position from which she begins to understand the larger societal and institutional issues at play. Now all of her cases involve girls and women, many of them kidnapped and forced into prostitution at clubs and brothels that turn out to be frequented by the very men Bolkovac works with each day. Unsurprisingly in a society where the rule of law is tenuous, even when she uncovers a trail of bribes, sex trafficking and murder that leads straight back to her U.N. colleagues, the victims are afraid to testify. The U.N., they've learned from experience, is just there to observe. When she finally persuades two girls to come forward, the consequences prove predictably dire.

The Whistleblower, a debut feature by director Larysa Kondracki, working from a script by Eilis Kirwan, blends the earnestness of a torn-from-headlines exposé with the pulse-quickening technique of a police thriller. It's a thriller sobering enough in its graphic portrayal of forced violence against women that it would be tough to watch if not for the controlled fury Weisz brings to her performance as a down-to-earth avenging angel. 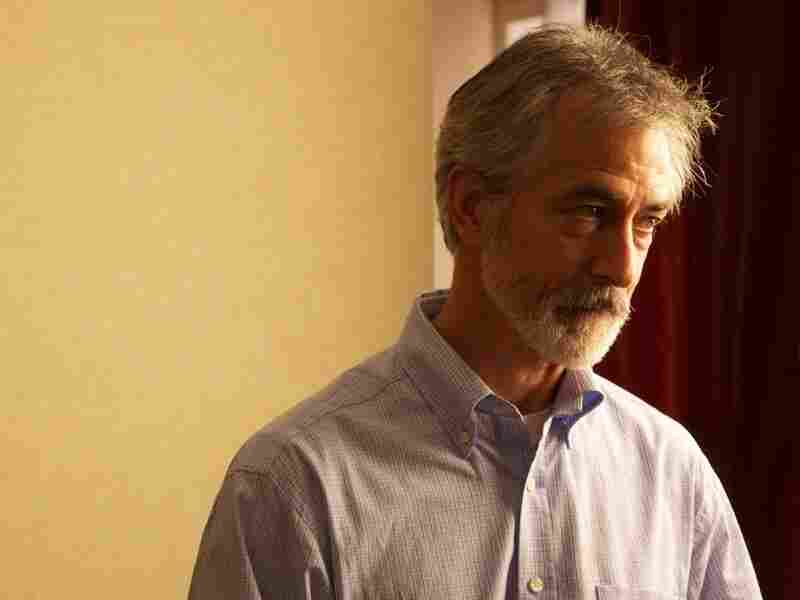 David Strathairn plays internal affairs investigator Peter Ward. The bureaucracy Kathryn meets on her crusade is by and large either unhelpful or antagonistic to her pleas. Cary Fukunaga/Samuel Goldwyn Films hide caption 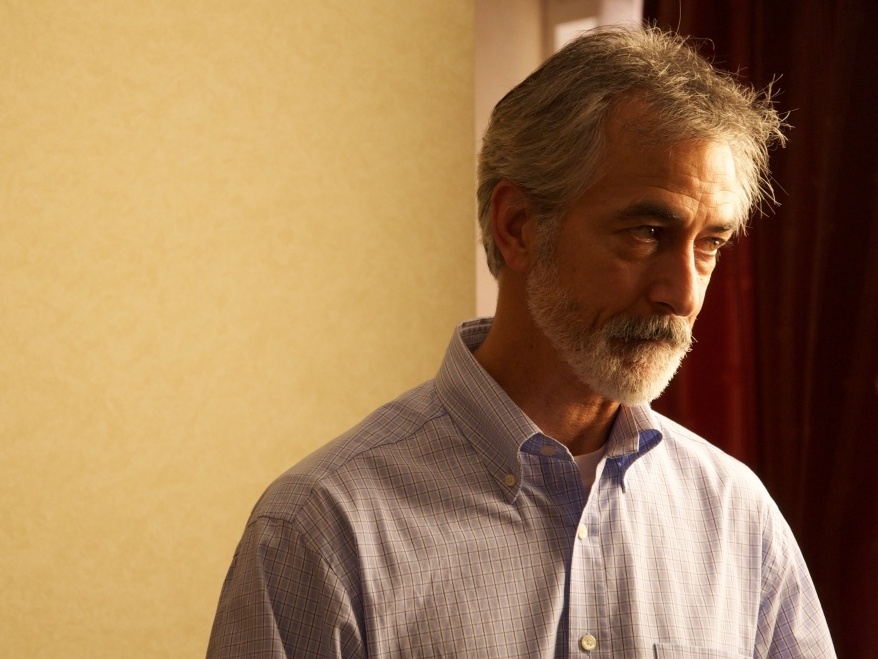 David Strathairn plays internal affairs investigator Peter Ward. The bureaucracy Kathryn meets on her crusade is by and large either unhelpful or antagonistic to her pleas.

Her investigator is a standout in what's shaping up to be an assertively feminist August at the multiplex. Next week, she'll be competing for audiences with the righteously rebellious African-American maids who populate the screen adaptation of Kathryn Stockett's best-seller The Help, a story of '60s racial discrimination so dominated by women you'd almost think men of that period didn't have opinions on the subject. And a week later, the French art-house film Mozart's Sister will argue that 18th century sexism deprived the world of a potentially brilliant composer.

These other films, let's note, were directed by men, and tell their stories of social injustice politely. The women behind The Whistleblower show no such reserve, depicting rape, torture and other male violence with stomach-churning realism, and giving no quarter to the peacekeepers who exploit those who are depending on them for protection. In the process, they've made their villains snarling monsters, and turned their leading lady into a crusader whose chief flaw is a willingness to be separated for a few months from her own daughter in a bid to save countless other daughters. All of which robs The Whistleblower of subtlety and makes it seem a little too much like more conventional, not-truth-based Hollywood entertainments.

Still, credit Kondracki and Kirwan with having endowed their picture with considerable, if blunt, force. Their filmmaking suits the real-life atrocities they're exposing.

A 'Whistleblower' Made Into A Hollywood Heroine July 30, 2011