Accessibility links
Three New NASA Missions To Tour Solar System NASA's space shuttle may be down for the count, but robotic planetary missions are gearing up. First up: the Juno spacecraft, which blasted off Friday for Jupiter. Before the end of the year, probes will head off toward Mars and the moon as well.

NASA's space shuttle may be down for the count, but robotic planetary missions are up, up and away. Before the end of this year, three new solar system probes are due to launch.

First up is the Juno spacecraft, which blasted off from Cape Canaveral, Fla., Friday on a mission to Jupiter.

Why Jupiter? Well, it's big. "It's the largest of all the planets. In fact, it's got more material in it than all the rest of the solar system combined," says Scott Bolton, a planetary scientist at the Southwest Research Institute and principal investigator for the Juno mission. 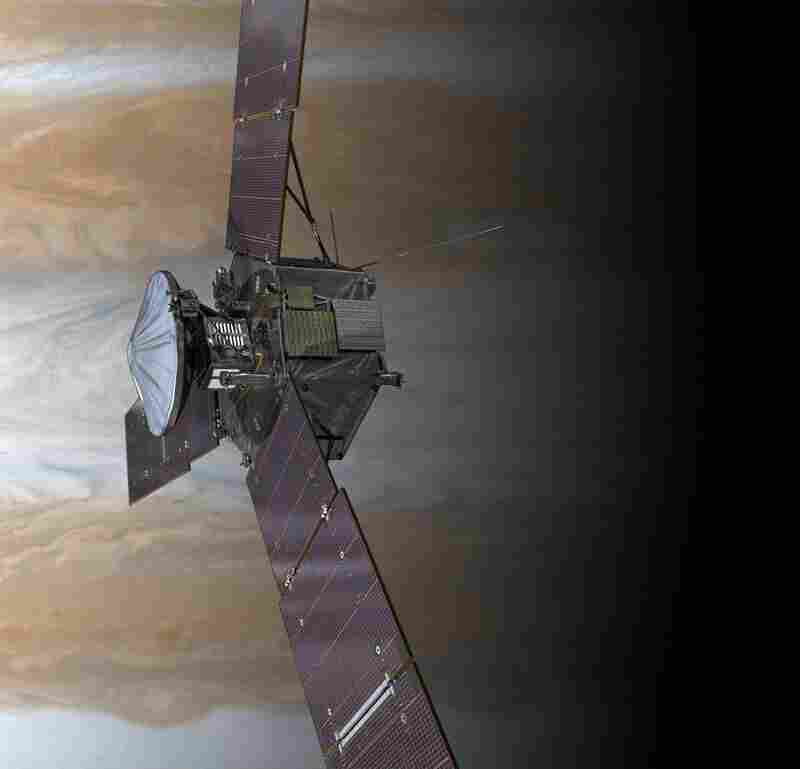 The Juno spacecraft, seen above Jupiter in this artist's rendering. Juno's primary mission is to improve our understanding of Jupiter's formation and evolution. NASA/JPL-Caltech hide caption 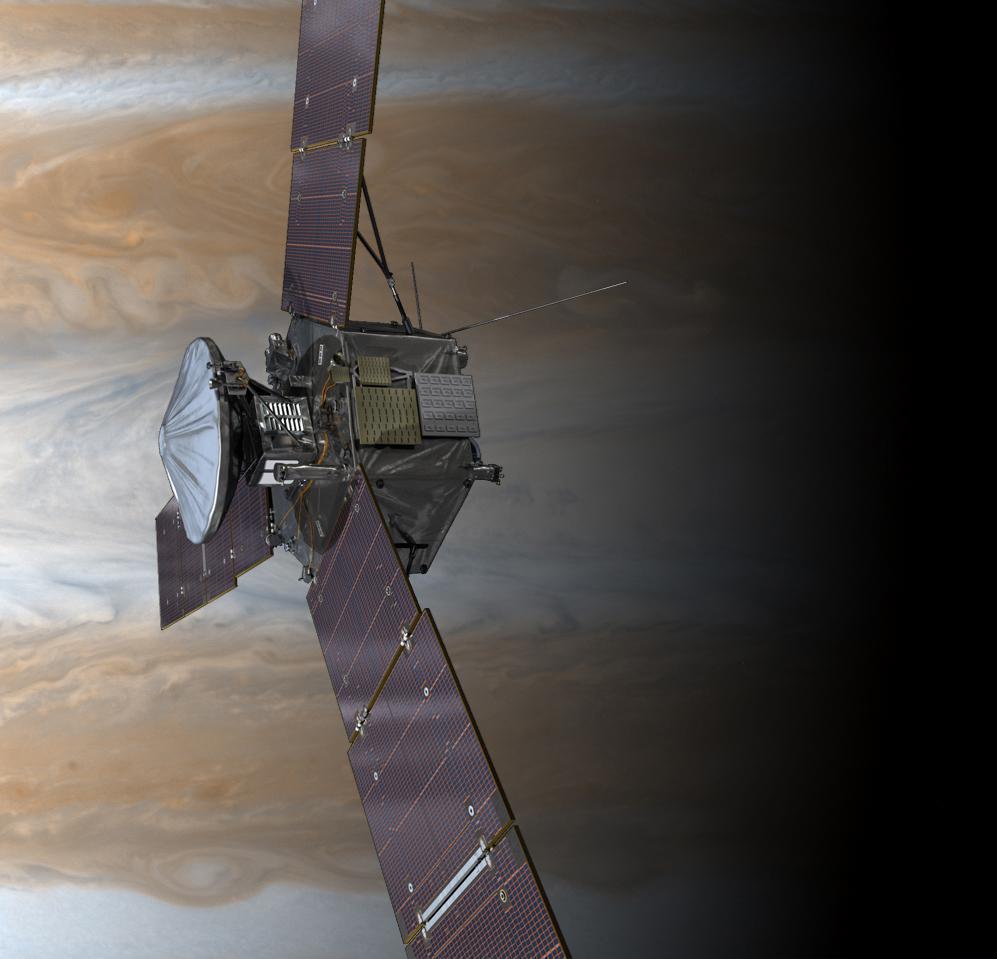 The Juno spacecraft, seen above Jupiter in this artist's rendering. Juno's primary mission is to improve our understanding of Jupiter's formation and evolution.

Jupiter was also probably the first planet to form in our solar system. "And that's why it's very interesting to us if we want to go back in time and understand where we came from and understand how planets were made — Jupiter holds this secret," says Bolton. "What we're really after is discovering the recipe for making planets, and we're back at the first step of making sure we have all the ingredients in that recipe."

It'll take five years for Juno to reach Jupiter. Once there, it will have to avoid the intense bands of radiation that are near the giant planet. "Those radiation belts at Jupiter are the most hazardous region in the entire solar system other than going right to the sun itself," he says. Just being near Jupiter's radiation belts meant it was necessary to add a lot of shielding to protect Juno's sensitive electronics. "We're basically an armored tank, going to Jupiter," he says.

Once there, Juno will go into an orbit that takes it over the poles of Jupiter. "Not only are we over the poles, but we're getting closer in our orbit than any other spacecraft has gone orbiting Jupiter," says Bolton. We're only 3,000 miles above the cloud tops."

GRAIL To The Moon

The GRAIL mission is actually two spacecraft that will fly in formation above the Moon. Juno may be coming closer to Jupiter than any orbiter has in the past, but GRAIL's got it beat by a mile — or about 3,000 miles to be precise.

"We're actually going to be mapping the moon from 50 kilometers, or about 30 miles, above the surface," says Maria Zuber, a planetary scientist at the Massachusetts Institute of Technology, and principal investigator for GRAIL. The mission will map the moon's gravity. To do that, the twin spacecraft will measure tiny changes in their velocities caused by changes in the tug of gravity coming from the moon.

"We can actually measure the velocity change between the two spacecraft to a few tenths of a micron per second," says Zuber. That translates to about a millionth of a mile per hour — pretty darn accurate.

An accurate gravity map will provide clues to the core of the planet. Zuber says a planet is like a member of your family. "It's not what they look like on the outside that makes them special, it's what's going on the inside of them."

When it comes to Mars, scientists are still very interested in the outside. That's why NASA is sending another rover to land there. John Grotzinger is principal investigator for the new rover. He says it's not going to bounce down to Mars the way the rovers Spirit and Opportunity did.

"The Mars exploration rovers basically crash-landed — softly with air bags," he says. "Mars Science Laboratory is so large that we need an active propulsion system."

In other words, a rocket-powered soft landing. It's a new system that involves a space crane that lowers the rover to the ground on a tether. You can see an animation of how the system will work in the video to the left — it's a wild landing scheme.

"We're going to land a rover that can explore for habitable environments where microorganisms may have existed in the past or may possibly exist today," says Grotzinger.

The plan is for Curiosity to land in a place called Gale Crater, a spot where there might once have been a lake. The rover will measure the minerals in the rocks, as well as compounds that might have been left behind by living organisms.

"So we'll be able to look for large, organic molecules — if they exist — in the rocks and soils," says Grotzinger.

Finding them would sure be something.