Accessibility links
Serengeti: Play Your Part The Chicago rapper continues to embody troubled, dysfunctional characters of his own creation on the new Family and Friends. 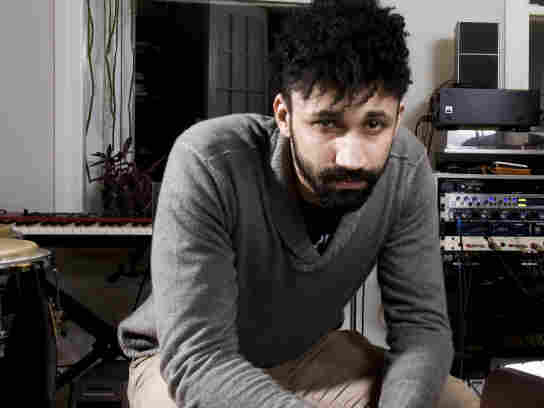 Serengeti, aka David Cohn, carries on a tradition of story songs on his latest album, Family & Friends. Jacob Hand/Courtesy of the artist hide caption 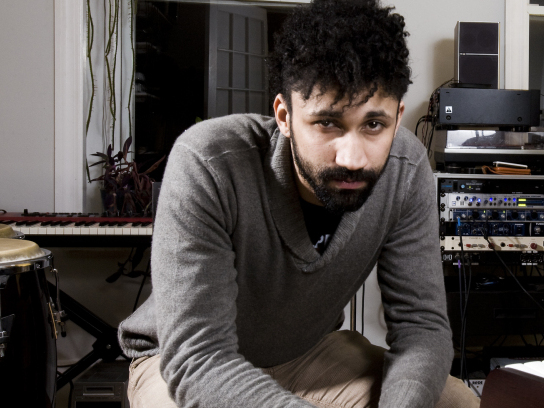 Serengeti, aka David Cohn, carries on a tradition of story songs on his latest album, Family & Friends.

Jacob Hand/Courtesy of the artist

If the voices on Serengeti's songs often sound like they don't belong to a rapper, that's the idea. More than any MC working, Serengeti (born David Cohn) writes story songs, in which he assumes the identities of the characters he creates. Sometimes these characters recur — like Kenny, the middle-aged sports enthusiast and rabid Brian Dennehy fan, whom Serengeti dreamed up on his 2006 album, Dennehy.

On the new Family & Friends, however, almost every song introduces a new character. Serengeti's voice doesn't vary as dramatically on this album as it did on Dennehy, save for the prissy affect of the self-reinventing fool who narrates "California." But his normal delivery has its own quirks: It can be discursive and mumbly or clear and quick, as in "The Whip," which chronicles the life of a mixed martial arts fighter.

Serengeti: On Fantasy And 'Family' Matters

Serengeti has more talent than success, as well as more than a dozen albums to his name. Several of these are quite obscure, and most are typical underground hip-hop — more complex and drawn-out than Family & Friends, which squeezes 11 songs into just 31 minutes. The new album's title is thematic: Just about every song here concerns intimate personal relationships. Half excavate ruined marriages, and the most troubling, "Long Ears," describes the return of an absentee dad.

There's an accrued melancholy about Family & Friends that reflects both the economic downturn and the long slog of a marginal artist who's just turned 35. It's poignant that way. But one reason it's poignant is that it also has its silly side.