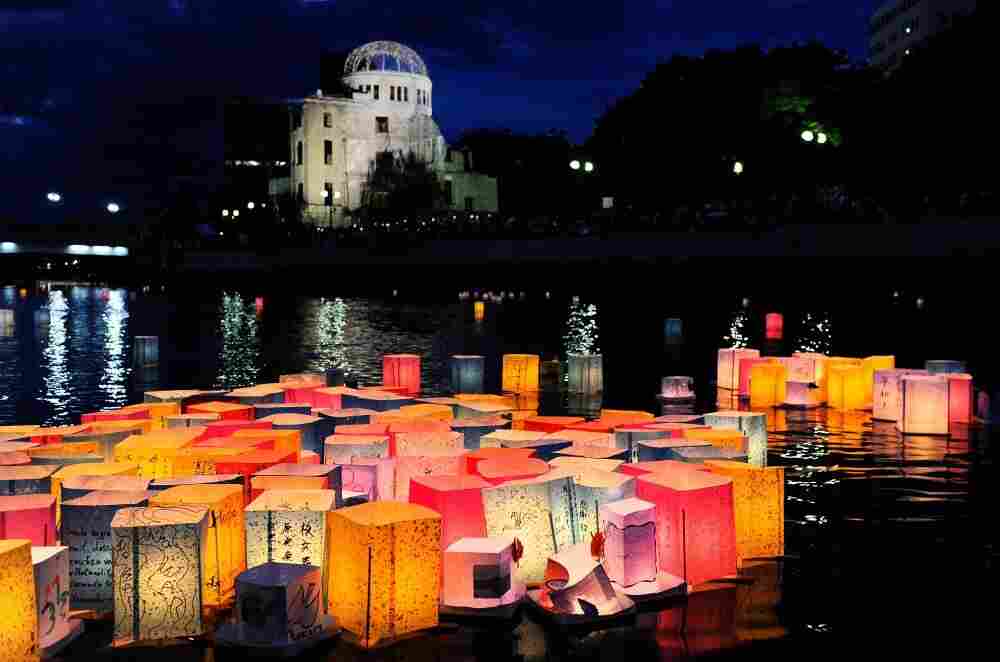 Paper lanterns to commemorate the victims of the bombing of Hiroshima float in the Motoyasu River in front of the Atomic Bomb Dome, in Hiroshima, Japan, on Saturday. Toru Yamanaka/AFP/Getty Images hide caption 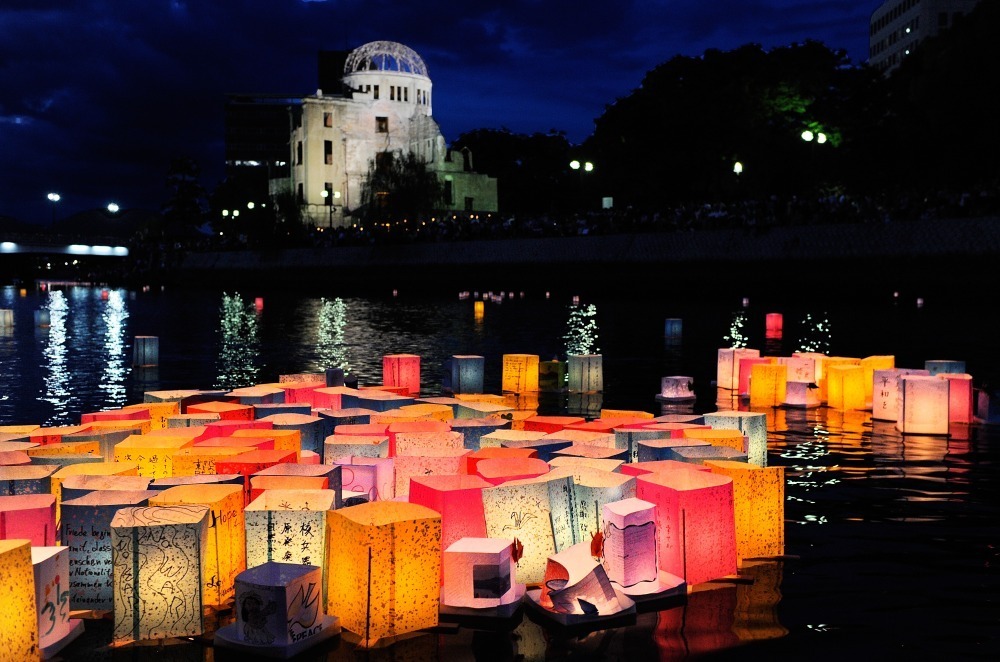 Paper lanterns to commemorate the victims of the bombing of Hiroshima float in the Motoyasu River in front of the Atomic Bomb Dome, in Hiroshima, Japan, on Saturday.

On Saturday, Japan commemorated the 66th anniversary of the U.S. bombing of Hiroshima, but the ceremony was different this year.

In March, a massive earthquake triggered a meltdown at the Japanese nuclear plant in Fukushima. The plant continues to leak radiation in the worst atomic accident since Chernobyl. Saturday's ceremony focused on the nuclear attack on Japan in 1945, but the country's ongoing nuclear disaster loomed large.

The atomic bomb detonated over Hiroshima at 8:15 a.m., killing 70,000 people instantly. As the bell tolled Saturday, most people froze, closed their eyes and put their hands together to pray.

Cicadas roared in the trees overhead.

Prime Minister Naoto Kan remembered the dead from long ago, then he spoke of Japan's most recent atomic tragedy.

"I deeply regret believing in the security myth of nuclear power and will carry out a thorough verification on the cause of this incident," he said.

The "security myth" was the Japanese government's pledge that it could control the atom. Officials said the same forces that leveled Hiroshima could be harnessed to power this resource-poor nation. Most Japanese believed it for years.

In the wake of the Fukushima disaster, a poll showed that 70 percent of Japanese now want nuclear power phased out.

After Saturday's ceremony, anti-nuclear activists took their cause to the streets of Hiroshima. They drew a direct line between the two atomic events separated by more than six decades.

One group of activists peeled off and headed to the Chugoku Electric Power Co. The company has been trying to build a plant 50 miles from Hiroshima for the past three decades. Local resident have been fighting the whole time. Saturday, they shook their fists at the granite walls of the company's headquarters.

Toshiyasu Shimizu, a member of the Kaminoseki town council, says fighting the plant has felt lonely at times.

"People, including those in the neighboring town, were not interested. But now they see nuclear power as their own problem, so there has been a dramatic difference," he says.

After all these years, Shimizu says, he feels like most of the country is beginning to agree with him.