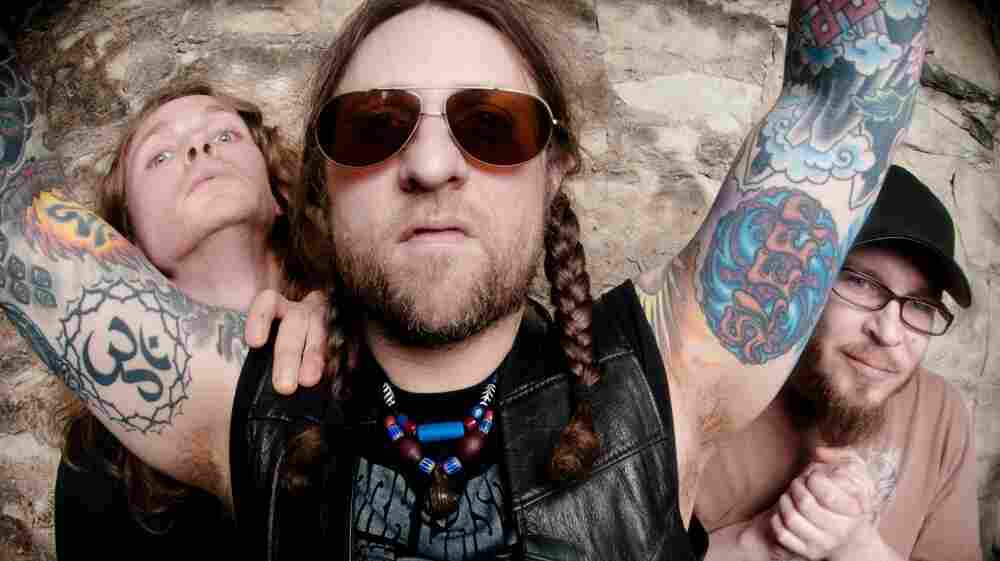 The members of YOB often build on slow, powerful riffs that go fathoms deep, repeating them like metallic mantras. Jonathan McPhail/Courtesy of the artist hide caption 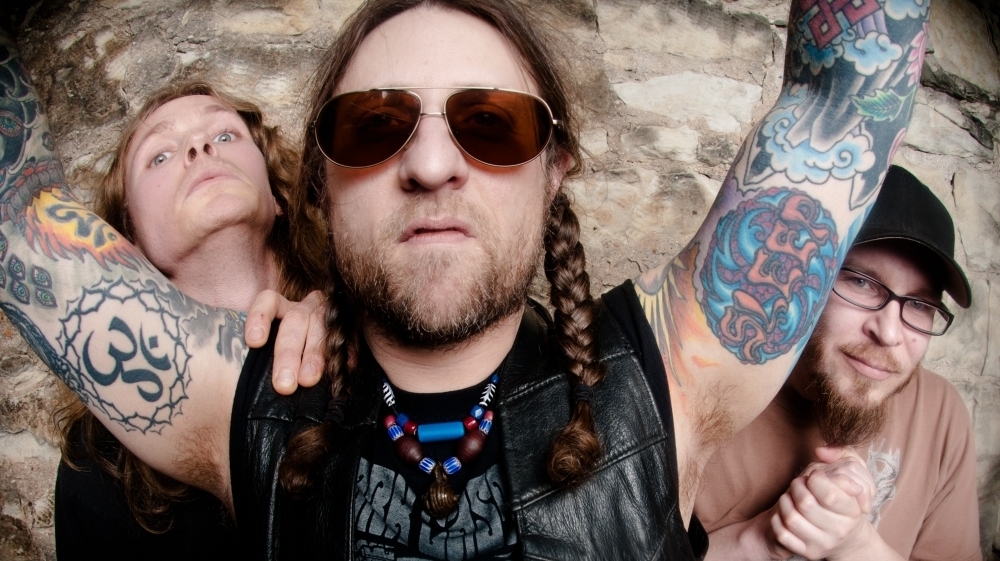 The members of YOB often build on slow, powerful riffs that go fathoms deep, repeating them like metallic mantras.

Jonathan McPhail/Courtesy of the artist

Metal is meditation. Whether you find a living pulse in its massive vibrations or use it to equalize rage, this music soothes the savage heart with savage sounds. To the outsider, this may seem strange, but this is true from Slayer's "Angel of Death" to Isis' "In Fiction." Mike Scheidt seems to understand this. After 2 1/2 minutes of earth-shaking doom and a riff that could summon animals to revolt on opener "Prepare the Ground," the YOB guitarist wails, "One hundred thousand/Repetitions/Recite the mantra/Flowers unfold." Named for a term in the Bhagvad Gita, YOB's sixth album, Atma, out Aug. 16, is an incredibly spiritual doom metal record that explores the energy of self and its surroundings.

YOB has never been a band to shy away from length. With just five songs stretched over 55 minutes, the trio builds on often slow, powerful riffs that go fathoms deep, repeating them like metallic mantras. And as strong as 2009's The Great Cessation was, atmospheric production took away some of their power. The sound on Atma pushes raw dynamics to the front like early records by Cathedral or Sleep, unleashing YOB's full potential. "Before We Dreamed of Two" is a great example of this, with a rich, round center that allows discordant deviation from the mighty riff. When guest vocalist Scott Kelley from Neurosis trades verses on the 16-minute track, his gruff howl and whispered croak is the perfect complement to Scheidt's enigmatic wail, and the blend when their voices meet towards the end is absolutely inspired.

But if there needs to be release from all of this metallic introspection, "Adrift in the Ocean" just might be the gnarliest YOB track to date. First you have to wade through a foggy passage of stargazing guitar; but, oh, when Scott Kelley re-appears to add "DOOM percussion" to a plunging melodic riff that could only come from space-rockers Hum (seriously!), it's a new wave of stoner doom metal. In fact, I'd call the chorus to "Adrift in the Ocean" the best heavy metal chorus that Smashing Pumpkins never wrote. (The line — "To the Universe, we send a reflection" — is actually quite Billy Corganesque.)

What's most impressive, though, about Atma, is that as skilled as YOB is at the riff, that's not the end goal. There is a wealth of soul that goes into every song, evident in the sometimes indescribable feeling I get after listening to Atma. I leave Atma ready to "prepare the ground/Awaken."