Accessibility links
Year After Cave-In, Chilean Miners Sift Through Trauma A year after a copper mine in Chile trapped 33 men underground for 69 days, almost all of the miners battle with post-traumatic stress. An upcoming movie about the miners' experience may offer a new chance to unify them and bring back the attention they received following the collapse. 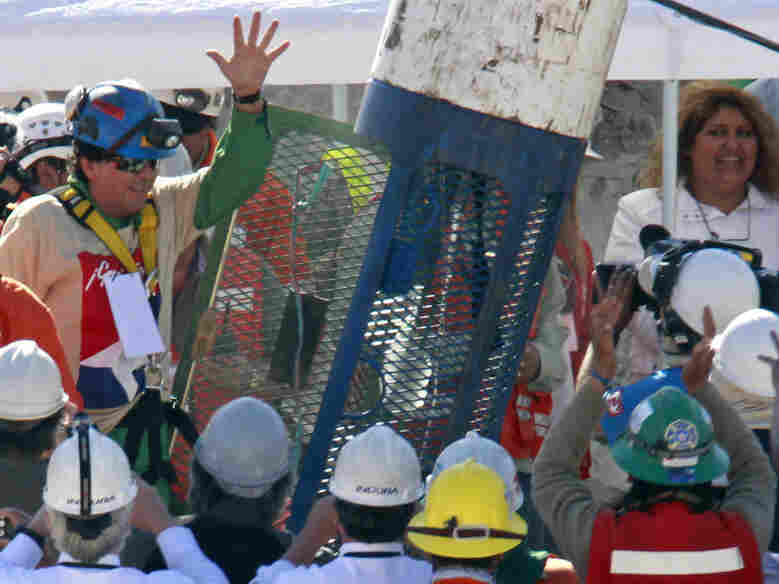 Samuel Avalos waves after being rescued at the San Jose mine near Copiapo, Chile, in October 2010. A year after the tragedy, some of the miners are still unemployed and dealing with the mental impact of the collapse. Roberto Candia/AP hide caption 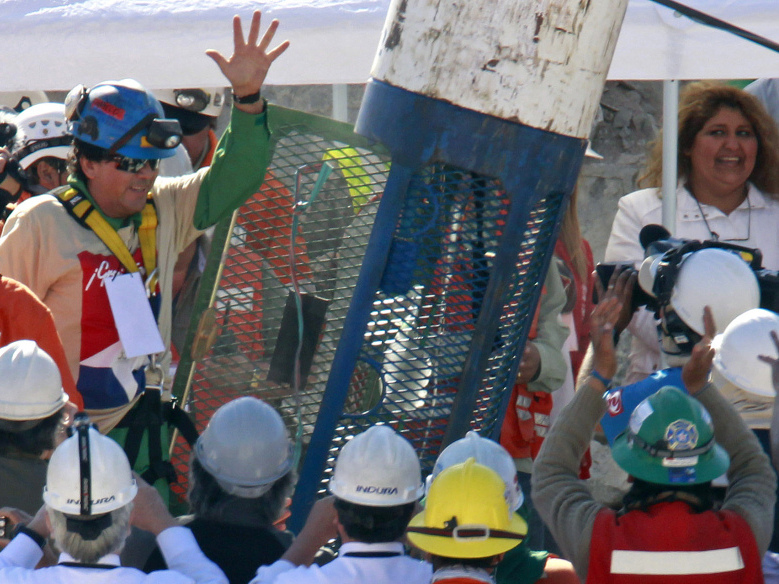 Samuel Avalos waves after being rescued at the San Jose mine near Copiapo, Chile, in October 2010. A year after the tragedy, some of the miners are still unemployed and dealing with the mental impact of the collapse.

A year ago, most of the world had never heard of Copiapo, Chile, nor given much attention to the lives of the miners who went down into its copper mines daily. That was until Aug. 5, 2010, when a cave-in at the San Jose copper mine trapped 33 men more than 2,000 feet underground.

Once the Chilean government knew the men were alive, they focused on a massive rescue effort, and after 69 days, the men ascended as celebrities of sorts. A year on, the movie rights have been sold, but fame has not brought the fortune they expected.

Journalist Jonathan Franklin reported on the rescue and is the author of 33 Men, a definitive account of the rescue that was published in February. He told Morning Edition host Steve Inskeep that he took on the project because he knew "fame is very fleeting, and you could kind of see this setup where these working-class heroes were dumped into the media treadmill."

Franklin says the men didn't know how to deal with the media and their newfound fame.

"It's also a bit of a schizophrenic existence, you know, one day they're in a five-star hotel in Tel Aviv, and then right after that they fly home to Chile, where maybe they don't even have running water," he says.

Of the 33 men who were trapped, two went back to the mines. The others, Franklin says, are looking for work. Some have vegetable stands, some are truck drivers and one is a boxing promoter. 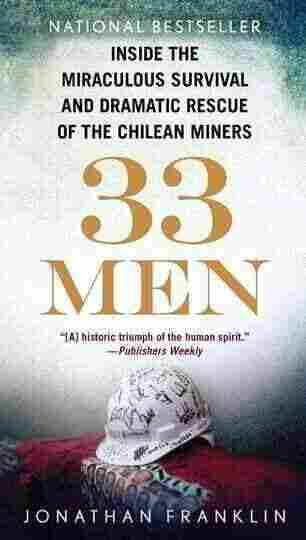 Inside the Miraculous Survival and Dramatic Rescue of the Chilean Miners

"Psychologically, a lot of them would say, 'I'm going back to mining. I'm a tough guy. I'm a miner.' But I remember one of them explaining that he lasted two minutes, and he was so scared that he got dizzy and he ran out of the mine," Franklin says. "Another man, when he started looking at the mouth of the mine, he started crying. And I said to him, 'But Victor, you're out ... you survived.' And he said, 'Yeah, but my happiness is still inside there.'"

Doctors and health officials say 32 of the 33 miners were diagnosed with post-traumatic stress disorder.

"Some of them had nightmares, some of them had trouble relating to their children, others were fighting with their wives, one man was building a big wall around his house," Franklin says. "When I speak to these men, they talk about going to the psychiatrist, taking lots and lots of pills, but you get this sense when you talk to them that there's been no collective or group effort to solve these traumas."

The one miner who was not diagnosed with PTSD was a preacher. Franklin says he managed to avoid many of the problems that the other miners continue to face.

"His unbending faith and his leadership role really allowed him to have done very well," he says.

In 2010 the miners inspired people with their ability to work together under pressure. But there was a turning point in their collaboration, which they pin to television. When the miners got a TV and a projector underground, they started getting into fights about what to watch, and people started neglecting chores. Franklin says eventually the miners started sending back food that wasn't warm enough and iPods that didn't have the right music selection.

"So there's this real dichotomy between the union they had when they were completely cut off from the world and they had their own society, and this bickering and conflicts that began once the television and their so-called conveniences were put down to them," he says.

Whether the upcoming movie about the miners will reflect that change remains to be seen. Franklin says the men have been unified about project, though, agreeing to share all the revenue. The movie, he says, should offer the miners a psychological and economic boost.

"I think that the men need to feel loved again," he says. "They feel abandoned at this point."