Accessibility links
Ambrose Akinmusire Quintet, Live At Newport Hear the quintet, among the most sought-after players of their generation, play at Newport. 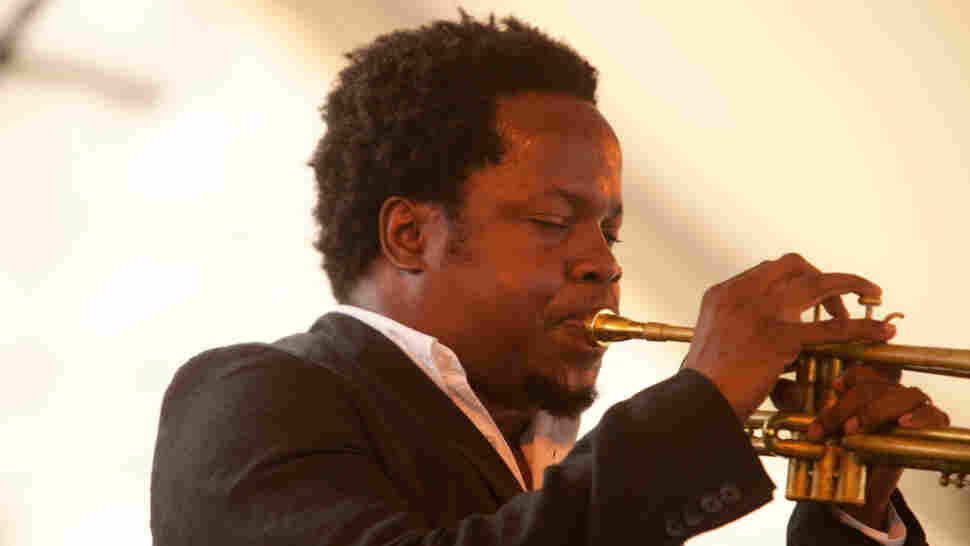 Ambrose Akinmusire performs with his quintet on the Harbor Stage during the Newport Jazz Festival. Erik Jacobs for NPR hide caption 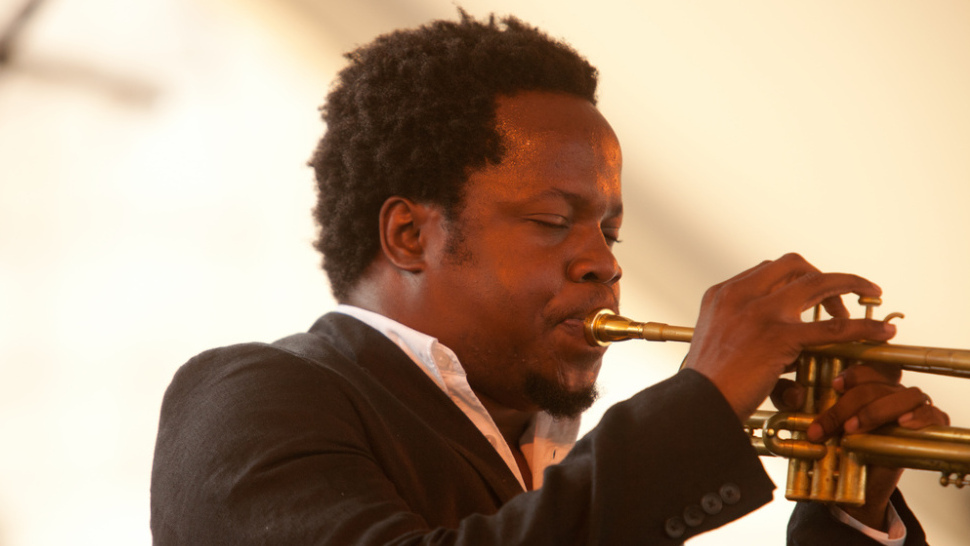 Ambrose Akinmusire performs with his quintet on the Harbor Stage during the Newport Jazz Festival.

Trumpeter Ambrose Akinmusire is only 29; his bandmates hover around that age too. But not only are they among the most sought-after and most distinctive players of their generation; they've been working together as a band for years already. Their collaboration bears fruit on 2011's When The Heart Emerges Glistening, a svelte and darkly modernistic disc highlighted by Akinmusire's clarion solos. The quintet performs that repertoire with elan from Newport's Harbor Stage.