Accessibility links
The Books And Beliefs Shaping Michele Bachmann New Yorker Washington correspondent Ryan Lizza spent four days with Michele Bachmann and her staff aboard their campaign jet in late June. His profile looks at the writers, beliefs and books that Bachmann has specifically mentioned as influences in her life. 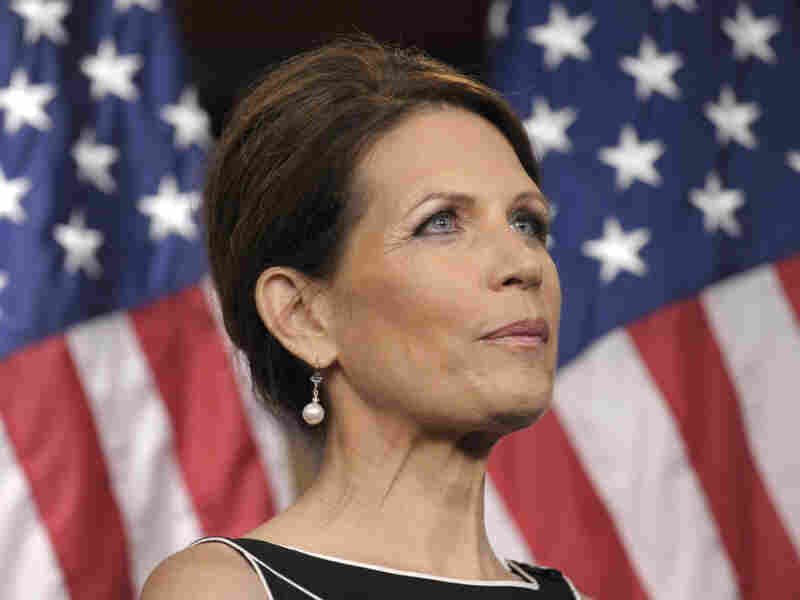 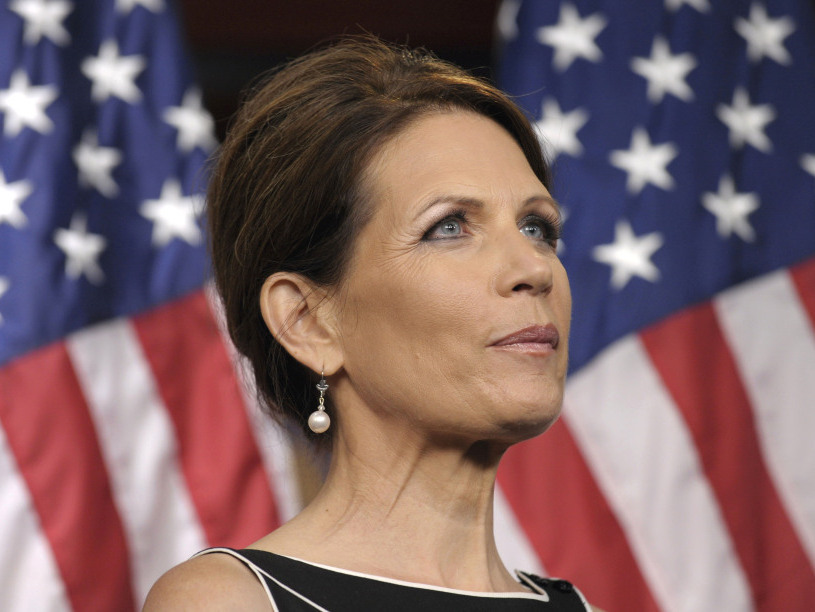 Rep. Michele Bachmann (R-MN) has been holding multiple campaign events each day, in preparation for next week's Iowa straw poll.

Rep. Michele Bachman officially threw her hat into the presidential ring on June 27. Since then, the Minnesota congresswoman has emerged as a Republican front-runner, riding on a wave of Tea Party support and national media appearances.

New Yorker Washington correspondent Ryan Lizza spent four days with Bachmann and her staff aboard their campaign jet in mid-June. On Tuesday's Fresh Air, he talks about his unprecedented access to the congresswoman, whom he profiles in the Aug. 15, 2011, edition of The New Yorker. The piece looks at the writers, beliefs and books that Bachmann has specifically mentioned as major influences in her life.

"To understand her, you have to understand the movement that she came out of," Lizza tells Fresh Air's Terry Gross. "Her early ideological roots were formed by opposition to abortion ... and she's always been concerned with social issues, the culture war issues. ... She takes her Christianity very seriously. She comes out of a religious evangelical conservative movement that is very much concerned with developing a biblical worldview and applying it to all corners of one's life."

For a number of years, Michele Bachmann's personal website had a list of books she recommended people read. ... I was looking over the list and noticed this biography of [Robert E.] Lee by [Steven] Wilkins. [I had] never heard of Wilkins and started looking at who he was. And frankly couldn't believe that she was recommending this book. ... It is an objectively pro-slavery book and one of the most startling things I learned about her in this piece.

The Influence Of Francis Schaeffer And Nancy Pearcey

Bachmann's road to being born again started when she was in high school. She then went to Winona State University in Minnesota, where she met her husband, Marcus. In 1977, the Bachmanns watched a series of movies that were produced by the evangelical Francis Schaeffer called How Should We Then Live? Bachmann has cited the series on the campaign trail, telling an audience in Iowa that it was a profound influence on her life.

"[In the series, Schaeffer] takes the audience through the entire history of Western culture through Roe v. Wade," says Lizza. "The beginning chapters of this movie are all about where Christianity took wrong turns. For Schaeffer, it's the Enlightenment. It's the Italian Renaissance. It's Darwinism. It's secular humanism. It's any point in history where he believes man turns away from God and turns away from putting God at the center of life."

But in 1973, Schaeffer's focus began to shift from Western art and culture to abortion and the dangers of genetic engineering.

"Schaeffer decides that all of his philosophy and all of the teachings that he had been teaching about the dangers of moving away from a Christ-centered world — everything he warned about — is now coming to fruition with the Roe decision," says Lizza. "That the government is, in his terms, being taken over by an authoritarian elite. ... I emphasize this to show that this is the movie that Michelle Bachmann says changed her life. This is the movie that got her radicalized on the abortion issue. To understand her, I think you have to understand Schaeffer a little bit."

Bachmann was also influenced by a student of Schaeffer's named Nancy Pearcey, a well-known creationist and an advocate of Dominionism, the view that Christians are biblically mandated to occupy all secular institutions until Christ returns.

"Michele Bachmann has mentioned Pearcey's book [Total Truth] as one that was important to her," he says. "[The book] is in line with the Schaeffer-ite view of taking your Christian faith and making sure that it permeates all parts of your life. The key thing here is Christians should not just be go-to-church-on-Sunday Christians. Their religion should permeate all aspects of life."

The Influence Of John Eidsmoe

In 1979, Bachmann enrolled in the first law school class at Oral Roberts University. Students at Oral Roberts were required to sign a "code of honor" attesting to their Christian beliefs and commitment.

While at Oral Roberts, Bachmann worked as a research assistant for one of the professors, John Eidsmoe. She has brought up his influence on the campaign trail, telling one audience in Iowa this year that he "taught me so many aspects of our godly heritage."

Eidsmoe's 1987 book, Christianity and the Constitution, tells Christians that "they need to get politically active and they need to get involved with the legal system and they need to make sure American law is more biblically based," says Lizza. "That's what the book ends on, a clarion call for his students to get involved. ... Eidsmoe is someone who believes American law should be based on the Bible. He believes that the United States is a Christian nation, should remain a Christian nation and that our politics and our law should be permeated by one's Christian faith."

The first time Bachmann got involved in politics was in 1993, when she founded a publicly funded charter school in Stillwater, Minn., with some other parents.

"They signed a charter saying they were not allowed in any way to include a religious agenda at this school and they very quickly violated that and built the school around a Christian sectarian agenda to the point where parents ... became very alarmed." says Lizza. "The school district stepped in and warned them that they were going to lose their charter, and eventually Bachmann and another person who were spearheading this were forced off the board and forced off the leadership of that school."

Bachmann later ran for a seat on the Stillwater school board. She lost but won her first race a year later, in the Minnesota State Senate. In 2006, she was elected to the U.S. House of Representatives. Lizza says that her message is shaped largely by the audience she's speaking with at any given time.

"This spring when she was doing some less headline-making visits to Iowa and speaking at churches — sort of under-the-radar wooing of religious leadership in Iowa — she knows how to speak that language and she knows how to draw on her history at Oral Roberts and her born-again experience," says Lizza. "She knows how to tell all of those stories so that an evangelical audience will bond with her. ... She's transitioned. She's transitioned into a candidate that talks much more about debt and spending and all of the issues that are important to the Tea Party right now." 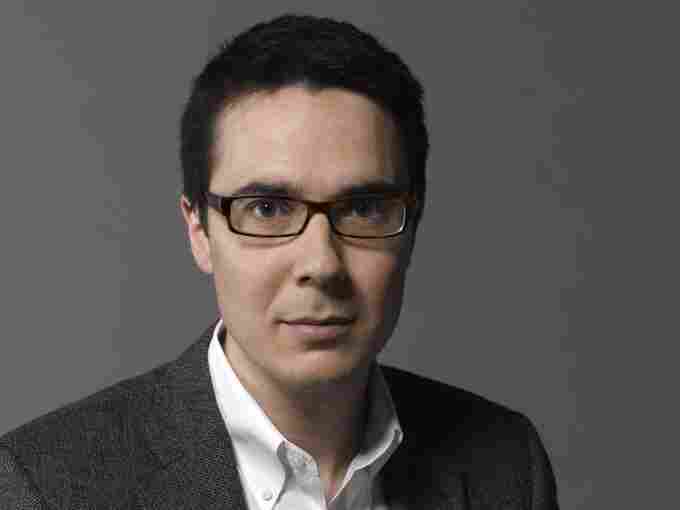 Ryan Lizza is the Washington correspondent for The New Yorker. He was previously a senior editor at The New Republic. The New Yorker hide caption 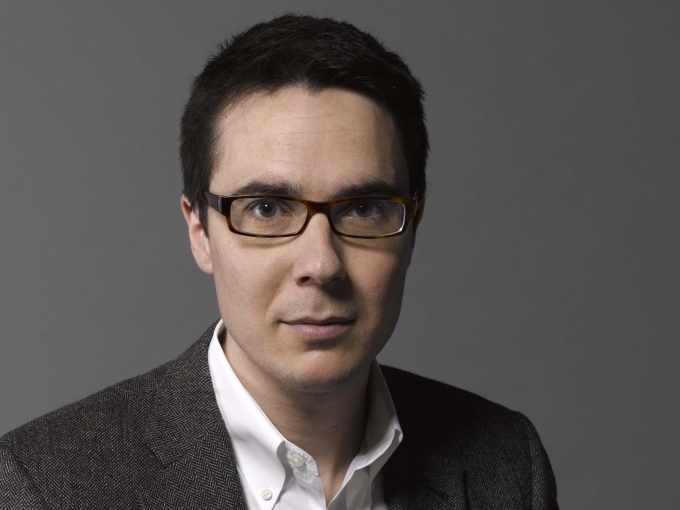 Ryan Lizza is the Washington correspondent for The New Yorker. He was previously a senior editor at The New Republic.

"For someone whose ideology is really defined by a strong dislike for government, if you look at the way she's supported herself over the years, it's mostly through the government. After law school, she works at the IRS, she's there for four years, then in 1992 she starts taking in foster children and does that from 1992-1998 and is paid by the state to do that. She then works briefly for a local charter school and then she starts running for office and becomes first an employee of the state of Minnesota and then a congresswoman, an employee of the federal government. ... Her husband is a psychologist [who] has two counseling clinics that like any other medical professional [clinic] takes lots of money from Medicare and Medicaid — and then on top of that, has received generous farm subsidies for a farm he owns in Wisconsin."

On Bachmann's selection of a Robert E. Lee biography by J. Steven Wilkins as a book recommendation during her state Senate campaign

"For a number of years, Michele Bachmann's personal website had a list of books she recommended people read. It was called 'Michelle's must-read list.' I was looking over the list and noticed this biography of Lee by Wilkins. [I had] never heard of Wilkins and started looking at who he was. And frankly couldn't believe that she was recommending this book."

"Wilkins has combined a Christian conservatism with neo-confederate views and developed what is known as the theological war thesis. This is an idea that says the best way to understand the Civil War is to see it in religious terms, and [that] the South was an Orthodox Christian nation attacked by the godless North and that what was really lost after the Civil War was one of the pinnacles of Christian society. This insane view of the Civil War has been successfully injected into some of the Christian home-schooling movement curriculums with the help of [Wilkins]. My guess is this is how she encountered the guy at some point. ... She recommended this book on her website for a number of years. It is an objectively pro-slavery book and one of the most startling things I learned about her in this piece."