Accessibility links
Hollywood Superheroes Losing The Fight For Diversity Now that Marvel has shaken up the comic book world with a new, multiracial Spider-Man, screenwriter and Morning Edition commentator John Ridley is wondering why Hollywood can't get some of that superhero diversity onto the big screen. 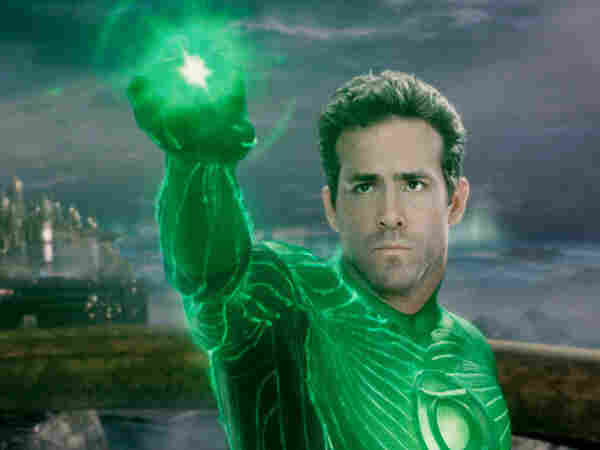 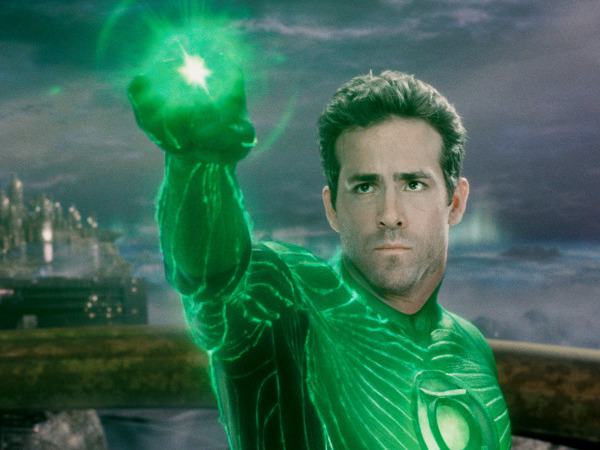 The big budget disappointment Green Lantern was about a superhero whose powers were only limited by his imagination. But I kind of get the feeling that Hollywood's earning powers are being limited by its lack of imagination.

Consider the box office potential if movie producers had been as bold as Marvel's Ultimate Comics Spider-Man series when it introduced Miles Morales — a part black, part Hispanic teen — as the new Spider-man.

It wouldn't have been much of a stretch for producers to reimagine Green Lantern as a person of color. In the comic book world, there's already a black Green Lantern named John Stewart who's probably got more name recognition going for him than his white counterpart, Hal Jordan.

So if Hollywood can crank out fantasy pictures with blue Smurfs, why is it so reticent to do the same with African-Americans, Hispanics and Asians? If second stringers like Thor can get the big-screen treatment, don't comic book legends of color like Luke Cage and Black Panther deserve the same?

Every hero needs a villain, and I can tell you from experience that supposedly "liberal" Hollywood loves to make the audience the bad guy. There's a self-fulfilling delusion at work in the studio system that white audiences won't pay to see black actors cast outside a narrow type of role.

There is, however, a bit of evidence to back that claim. In the concisely titled study "The Role of Actors' Race in White Audiences' Selective Exposure to Movies," Indiana University professor Andrew Weaver writes, "Movie producers are often reluctant to cast more than a few minority actors in otherwise race-neutral movies for fear that the white audience will largely avoid such films."

Weaver found that white audiences tended to be racially selective with regard to romantic movies, but not necessarily when it came to other genres. So, sorry, Hollywood. You can't blame it on the ticket buyers. And as the bankability of comic book franchises begins to cool — did we really need four hero-in-tights movies this summer alone? — you have to wonder if studios will ever get hip to the possibilities of going after multi-cultural audiences.

But for a real leap, how about casting Will Smith as Superman; Denzel Washington as Superman's father, Jor-El; and Michelle Rodriguez as Lois Lane? I guarantee you non-stop chatter until the film opens.

Clearly the folks at Marvel comics are open to the possibilities. Now, if only we could get Hollywood to make their fantasy pictures look more fantastic than your average gated community.