Accessibility links
Despite Criticism, Oscar Nominee Proud Of 'The Help' Viola Davis hesitated before agreeing to play a maid, but says her character rose above stereotypes and embodied struggles of Civil Rights-era Mississippi. The film follows African-Americans who become friends and develop a furtive writing project through which they defy social norms. Davis speaks with guest host Allison Keyes. 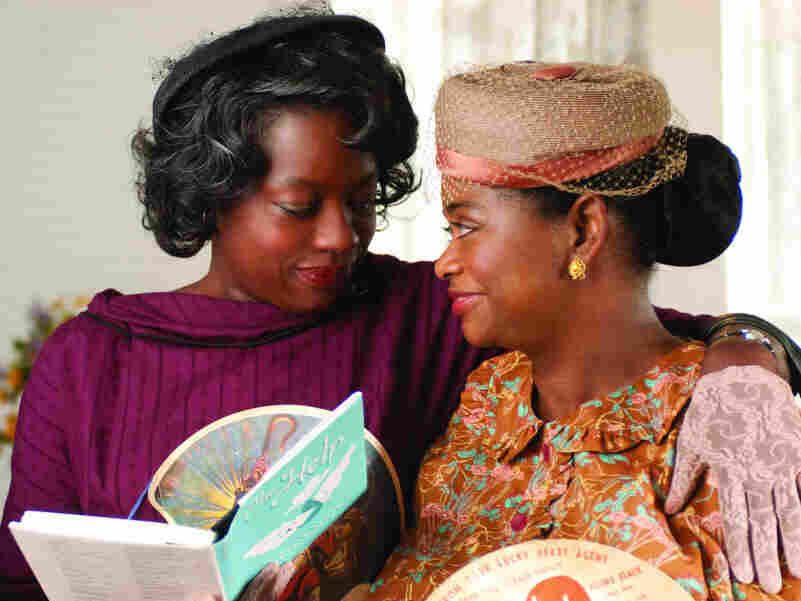 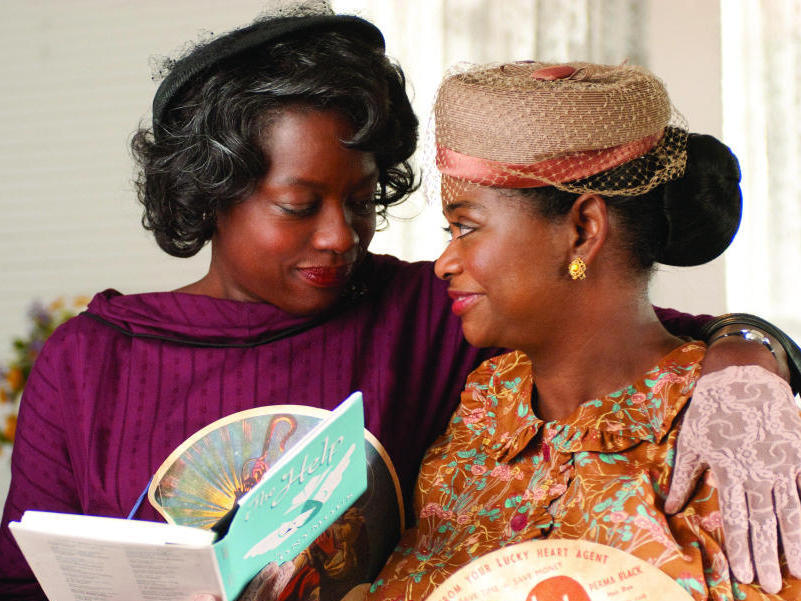 The movie The Help, based on the best-selling novel of the same name by Kathryn Stockett, hits theaters nationwide today.

The story takes place in Civil Rights-era Mississippi, where a group of African-Americans share the often ugly truth behind their jobs as domestic workers. 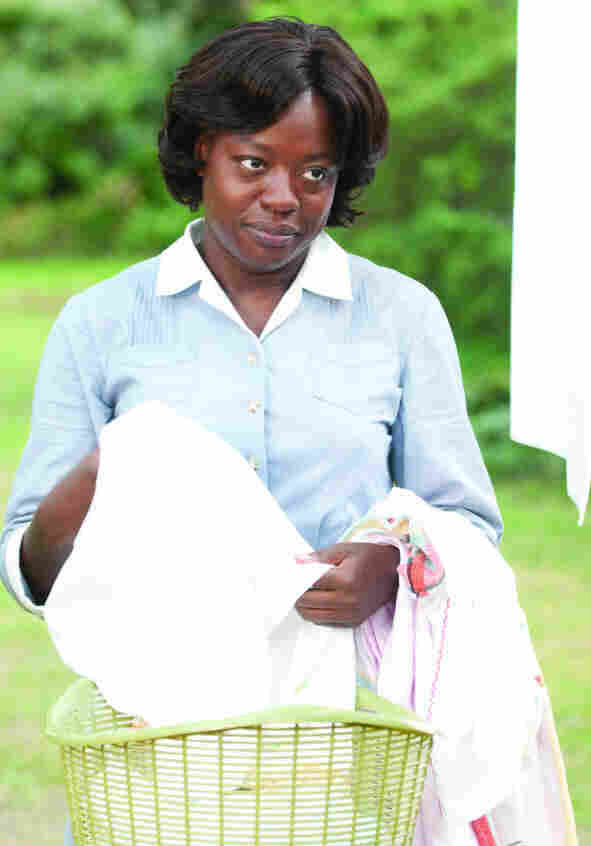 Viola Davis stars as Aibileen Clark, who despite the fact that she has worked all her life as a maid, realizes her ambition to become a writer when she embarks on a secret project. Dale Robinette/DreamWorks hide caption 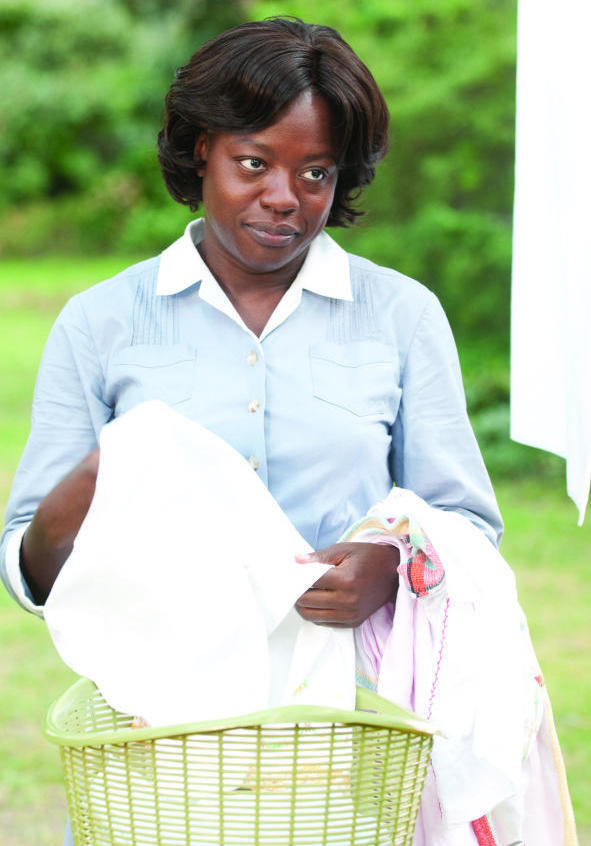 Viola Davis stars as Aibileen Clark, who despite the fact that she has worked all her life as a maid, realizes her ambition to become a writer when she embarks on a secret project.

Playing A Character, Not Just A Maid

In an interview with NPR's Allison Keyes, actress Viola Davis said she was attracted to the film because of the richness of the characters and their relationships.

But the public didn't immediately applaud Davis for her role: a 53-year-old maid who has raised 17 children.

In fact, Davis shared elsewhere that there are some blogs committed to saying she is a sellout for playing a maid in Hollywood, where African-Americans were relegated to those roles for a long time.

Davis admitted that deciding to play Aibileen wasn't easy, particularly because the image of the maid carries heavy stigma in the African-American community.

"But what I ultimately had to come to terms with was ... I did not see the maid. I saw Aibileen," she says, "I felt like, here was this woman who was emerging from this uniform, saying, 'I'm more than just a maid.' So it's a hard thing to deny as an actress."

Audiences first see Aibileen as a woman mourning her son's death. Her spirit has somewhat died, and she's going through the motions. But the writing project gives her life and a dream. She develops courage to leave Mississippi.

How does Davis understand and portray such a visceral character? She said she draws upon the character's needs. Davis also refers to personal experiences and people she knows, such as her mother.

"My mom grew up on a plantation in South Carolina, worked in the tobacco fields, worked in the cotton fields, started taking care of kids. When she was 4 years old, she had 17 brothers and sisters living on the plantation. She was the oldest of 18 children, not all of them survived."

Davis said her mother garnered strength from those struggles.

From Stage To Big Screen

Before her Hollywood success, Davis was primarily known as a stage actress. She won Tony Awards for her roles in Fences and King Hedley II, and a Drama Desk Award for her Intimate Apparel.

She said moving from the stage to the screen is tough.

"You're playing in such large houses, and on Broadway there are certain things in your behavior you have to telegraph more. On screen, the camera picks it up. If the camera were on you when you went home, your life is just filled with you going about it unedited," she explained.

"And that's what people want to see when they go to the theater. I believe at the end of the day, they want to see themselves — parts of their lives they can recognize," Davis said. "And I feel if I can achieve that, it's pretty spectacular."