Accessibility links
A Flamenco Pilgrimage, In Pursuit Of Duende For a 50-year-old American lawyer, mother and avid flamenco dancer, the moment of abandon that is the peak experience of the form was elusive. So she traveled to a festival in Jerez, Spain, to locate what flamenco's practitioners call duende. 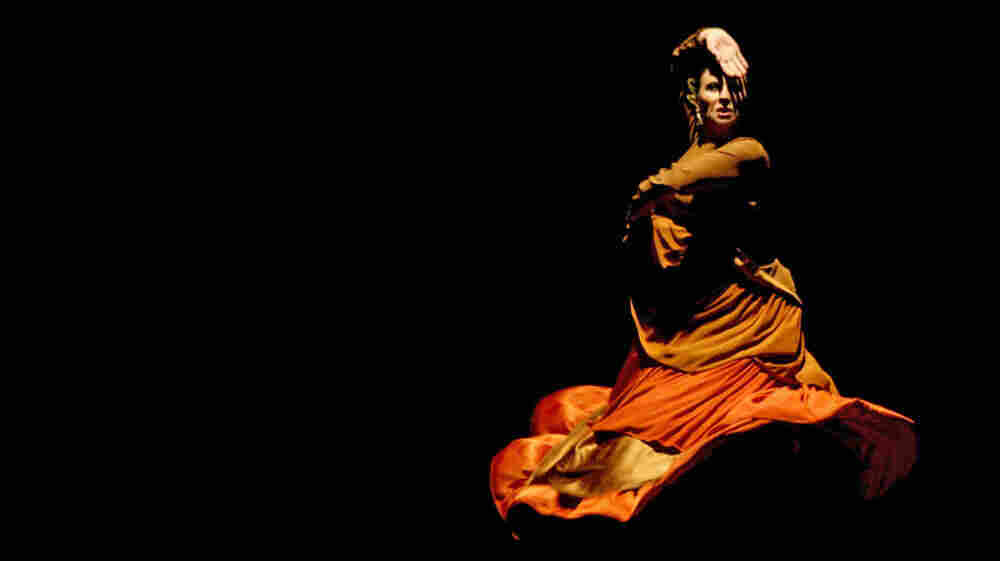 I've been dancing flamenco for years. I love it. Flamenco's got attitude. It makes me feel like I've got attitude. Dancing is like letting out a scream from the feet up, all emotion and passion. I need it after the work I do every day. As a public defender in Manhattan, I deal with clients stuck in desperate situations.

What I'm missing is duende — a magical moment of abandon that's part of Gypsy lore. It makes men rip off their shirts or listeners bang their heads against walls.

I've never lived that moment of pure passion, but I wanted to, so I went to Jerez, the birthplace of flamenco. The city lives and breathes it. It streams out of car radios, and kids learn it as soon as they're born. When I arrived, I opened the windows in the apartment where I was staying and flamenco floated in.

Once a year, Jerez throws a giant party celebrating its three main attractions: sherry, Andalusian stallions and flamenco. I couldn't wait to get to the festival to see what I'd find.

In a huge dusty fairground covered with casetas — tents the size of big ballrooms — with facades of Spanish houses and thousands of lights overhead, people were listening to pounding music, drinking sherry and dancing flamenco. The women wore form-fitting dresses in bright colors and polka dots with flowers pinned to their hair. There weren't many tourists — at least not Americans. This was a fiesta for friends and neighbors, and even though they danced freely and with great joy, I didn't see duende there.

The next day, I decided to take a private class with a Gypsy woman, Manuela Carpio. She was the real thing, people said. She had an air, a way about her, that made flamenco fun but still deep. She was small and chubby and her round face broke into a smile when I asked her about duende.

"It's like being touched by the hand of God," she told me. "A moment of pure pleasure, like when you're making love."

Hearing what duende meant to Manuela Carpio, I had even more incentive to find it. I headed back to the fair and stopped in the first caseta I saw. People were sitting and standing in a semicircle craning for a look. A dance space opened and an older woman from the crowd pushed her way inside and improvised her steps.

Here I was, this 50-year-old suburban mom and lawyer from New Jersey. I wondered if I'd have the nerve to dance. I stood still, watching; when the next dancer finished her short solo, I pushed my way to the front and concentrated on the music. I started my palmas, clapping my hands to the rhythm, and moved to center stage. I improvised — doing bulerias, the 12-count dance that is the mark of a real flamenco.

It took all my nerve to dance in front of people who have been steeped in this tradition their whole lives. It was over in a flash, and in that moment tears filled my eyes. Maybe what I felt wasn't duende — nobody ripped a shirt or slapped his face — but it was close enough for me.