Accessibility links
Movie Review - 'Senna' - The Fast-Paced Life Of A Champion Racer Brazilian Formula One driver Ayrton Senna was a gifted racer and a national hero whose death on the track shook the sports world to its core. A new documentary by Asif Kapadia tackles the gripping story of Senna's life with expert construction and aplomb. (Recommended) 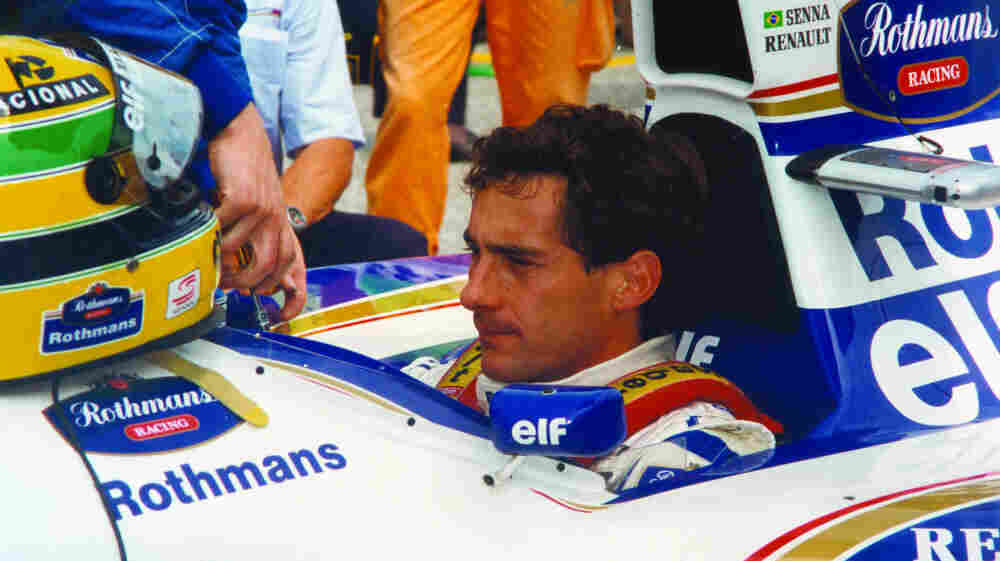 Race For Your Life: Ayrton Senna, a hero for Brazil on the international stage, died in a car crash at 34 while leading the San Marino Grand Prix. Through archival footage Senna paints a definitive portrait of his short life and passionate rivalry with fellow racer Alain Prost. Karin Sturn/Universal Studios hide caption

In English and Portuguese with English subtitles

Rated PG-13 for some strong language and disturbing images

With a little bit of talent and a little bit of fame, an early death can secure a kind of immortality. When someone dies young having already achieved massive fame through prodigious talent, their lost potential can be the source of endless speculation and debate. So it was with Formula One racecar driver Ayrton Senna, who exploded onto the scene of one of the world's most popular sports just as suddenly as he would leave it, and in the years between those events, became a national hero in his native Brazil and one of the most revered figures ever to zip around a Grand Prix track.

Director Asif Kapadia and his editors, Chris King and Gregers Sall, pored through what must have been mountains of film and videotape to construct a portrait of Senna entirely out of archival footage. The clips include news programs, home movies and race footage from both outside and inside the cars. What emerges is a narrative as neatly constructed as any fictional film, with Senna as the noble hero facing off against adversaries on and off the track.

The lines that are drawn at times seem a little too well-defined for reality. Senna is the devout, God-fearing and humble figure who stands as a shining symbol of hope for a poverty-stricken nation desperate for a hero. That he fails at the political machinations that govern racing off the asphalt only reinforces his interest in the purity of the sport. His rival, Alain Prost, comes off as a scheming opportunist with the favor of the sport's leadership. The truth may not be quite that simple, but Kapadia's slightly ecstatic version of it makes for gripping viewing.

Senna could have been a by-the-numbers sports documentary, one that offered plenty of testimonials to the driver's genius behind the wheel, as well as primers on the particulars of Formula One. But Kapadia's method swerves around both pitfalls. The expert editing of the disparate audio and video sources provide more illustration than straight interviews ever could. Meanwhile, the compelling human drama — the team rivalries, Senna's meteoric rise to the top, his struggle to stay there — registers whether one has any prior knowledge of racing or not, and dispenses with the need to offer any lessons in the basics.

I don't need to know, for instance, the level of endurance it takes for a Formula One driver to have to complete a significant portion of a race with a car stuck in sixth gear. The excruciating pain that registers on Senna's face as he pleads with well-wishers not to touch him, or as he slowly raises the trophy over his head communicate that information far more effectively than any words could. Nor do I need to be told what a racer would be thinking as he watches a competitor crash and die in a practice run. Senna's horror and dismay in witnessing fellow racer Roland Ratzenberger fatally crash make his feelings heartbreakingly clear. 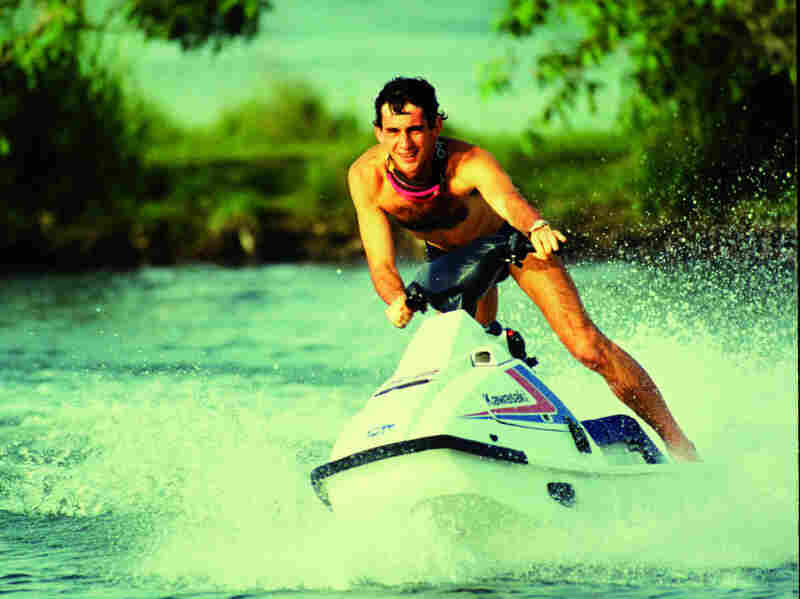 The charming, fun-loving Senna was easy to embrace as a hero of Formula One. Director Asif Kapadia focuses more on the driver's passions and emotions than the dense mechanics of his sport, to the film's advantage. Universal Studios hide caption

The charming, fun-loving Senna was easy to embrace as a hero of Formula One. Director Asif Kapadia focuses more on the driver's passions and emotions than the dense mechanics of his sport, to the film's advantage.

Of course, that death isn't going to be the last in the film. Senna's own death would come the day after he watched Ratzenberger on a television screen, and Kapadia's treatment of that sudden end is handled with particular sensitivity and artistry. The nation that so revered him and pinned their dreams on him is shown now shattered and in mourning. The characters introduced throughout the rest of the film are seen at the funeral, their grief emphasized through images of their somber faces cross-cut with happier times before the accident.

Their pain translates through the screen not just because it's real, but because Kapadia tells a story here that inspires genuine empathy for it. Sports films may often center on great triumphs, of which Senna presents plenty; the best ones, however, are defined just as much by great losses. (Recommended)