Accessibility links
Discworld's Terry Pratchett On Death And Deciding In his popular fantasy novels, Terry Pratchett made death into an actual character. But now that he's 63 and suffering from early-onset Alzheimer's, he's thinking about his own death — and how he may choose to go the way of assisted suicide. 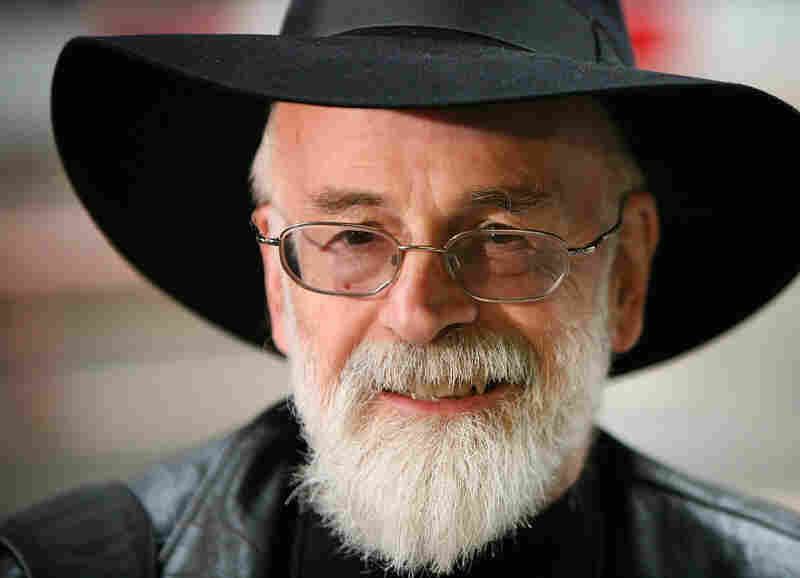 Terry Pratchett began writing the novels of his Discworld fantasy series in 1983. Snuff is the 39th book in the collection. Peter Macdiarmid/Getty Images hide caption 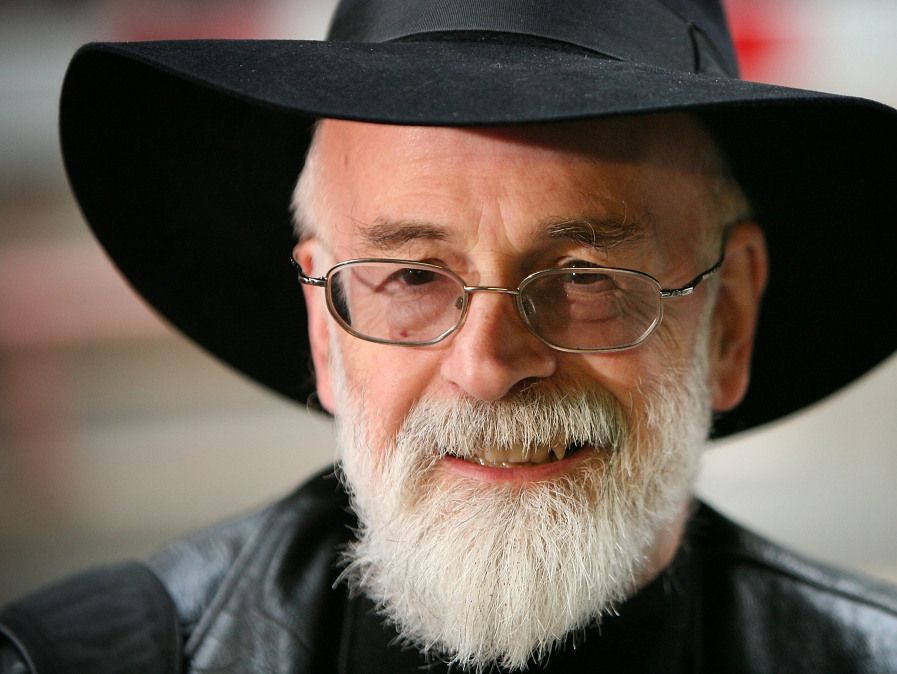 Terry Pratchett began writing the novels of his Discworld fantasy series in 1983. Snuff is the 39th book in the collection.

If you've read the Discworld novels by popular fantasy writer Terry Pratchett, you've surely encountered Death. He's an actual character — a skeleton in a black hood who's portrayed as not such a bad guy after all.

So maybe it's not so surprising that at 63, Pratchett — who has been diagnosed with early-onset Alzheimer's — speaks openly about causing his own death.

"I believe everyone should have a good death," he tells NPR's Steve Inskeep. "You know, with your grandchildren around you, a bit of sobbing. Because after all, tears are appropriate on a death bed. And you say goodbye to your loved ones, making certain that one of them has been left behind to look after the shop."

Pratchett has become an advocate for legalized assisted suicide in Britain, making him one of many voices in a global debate. Many oppose the practice for religious reasons or because they fear a slippery slope to involuntary euthanasia; but Pratchett has turned the legalization of assisted suicide into something of a personal crusade.

A Personal Plea for the Right to Assisted Suicide

A Personal Plea for the Right to Assisted Suicide

Who Should Be Able To Seek Assisted Suicide?

Who Should Be Able To Seek Assisted Suicide?

"I prefer not to use the word 'suicide' because suicide is an irrational thing whereas I think that for some people asking for an assisted death is a very rational thing," he says. "People who I have met who have opted for it are very rational in their thinking. And indeed so are their families, quite often, because they know they are in the grip of a terrible disease for which there is no cure and they do not want to spend any more time than necessary in the jaws of the beast."

Pratchett says that's why he's considering assisted death — even though his diagnosis could make it hard to recognize the right time to go.

"[It's] always a problem for someone with Alzheimer's," he says. "Regrettably, quite a few people go earlier than they might need to, to make certain that they are totally coherent when they are asked various questions and fill in the various forms that they have to fill in."

Pratchett has become well acquainted with the process of assisted death. For the controversial BBC documentary Choosing to Die, he traveled to the Dignitas Clinic in Switzerland to witness the assisted death of a fellow Englishman.

"For several days beforehand, the person had to be in Switzerland and talk to doctors where they explained to him what is going to happen," Pratchett explains. "If he agrees to all this and still has a firm purpose, then the last act is in the little room — quite a pleasant little room, I have to say, if you don't know what it's used for — where he takes two potions. One is a potion to stop you chucking up the second one, and the other one is the poison that will kill you in a matter of a few seconds."

As far as I'm concerned, I'm a writer who's writing books and therefore I don't want to die. You'd miss the end of the book wouldn't you? ... You can't die with an unfinished book.

All the while, a camera overhead watches to be sure the helper isn't forcing anything on the patient.

"And indeed this gentleman, being a very English gentleman, thanks everybody who was there for coming. And he drunk of the drink," Pratchett says, "and very shortly after he died."

Still A Lot Of Work To Do

The clinic Pratchett visited for the documentary doesn't only serve those suffering from terminal illness. It also serves clients who are simply described as being weary of life, a practice Pratchett is opposed to.

He says he believes it's acceptable to have an assisted death if you're suffering from a terminal disease, but not if you're depressed. 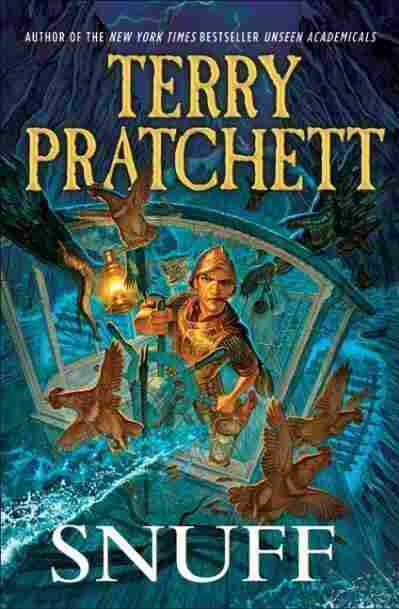 Read An Excerpt From 'Snuff'

He also has his life's work to tend to. Pratchett says the Alzheimer's has affected his ability to read and write, but it hasn't kept him from publishing. His new book, Snuff, is due out in the U.S. in October and, with the help of a computer dictation program, he's already working on his next two books.

With all those plans, the author says he's putting off the question of when or if he will end his life.

"As far as I'm concerned, I'm a writer who's writing books and therefore I don't want to die. You'd miss the end of the book wouldn't you?" he says. "You can't die with an unfinished book."

On Death, the character

"He's not automatically anti-people. Death ... does not kill you. It is the gun that kills you; it is the knife that kills you; it's disease that kills you; it is the fall that kills you. Death then comes to clean up and if necessary point you in the right direction. And in my book sometimes he has a little chat, you know, to get you sort of acclimatized to the new position ... He doesn't go out of his way; he's got a job to do. You're down on the list, you know. You are lying there with the burning car on top of you and with one little flip, now he's just telling you go through the door out there, best of luck."

On the source of his black humor

"Possibly my humor has got blacker over the years but it's more because I got older over the years. Because then you view life, people, governments, all sorts of things, in a different way. I don't think my disease has had much of a decision as far as my writing's concerned. My age has.

" ... Just last night, all over London places are aflame and some guy — some photographer — got a lovely picture of a rioter and he's standing there full of indignation with a stolen tape deck in either hand and he's irate. He says, 'I'm doing this because they call us criminals.' And so when people come out with that in real life, I hardly ever have to write."

On his personal experiences with death

"I was unable to witness the death of my mother. When she started to die they left it too late before ringing me. And I was at the death of my father and it was not a good death — it wasn't that bad but they just kept him under morphine for weeks and weeks and frankly they could have been more frank with us, and frank with him. And what was the point? It wore my mother out, I think."

On his family's reaction to his considering assisted death

"My wife and my daughter understand the situation and like me are waiting to see how things go."