Accessibility links
Energy Panel Wants Answers On Gas 'Fracking' A Department of Energy panel concludes the public needs more information about hydraulic fracturing to restore faith in "fracking." The controversial practice has launched gas booms across the country, but critics say it is polluting ground water. 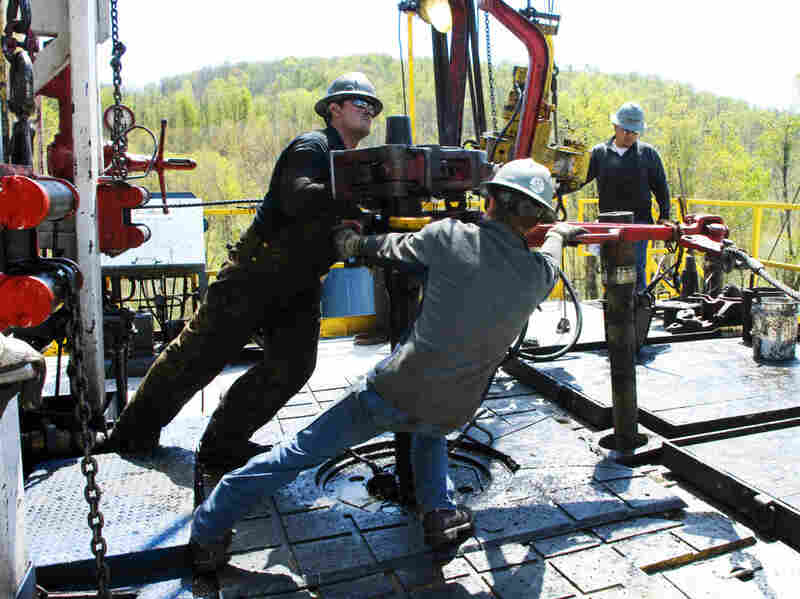 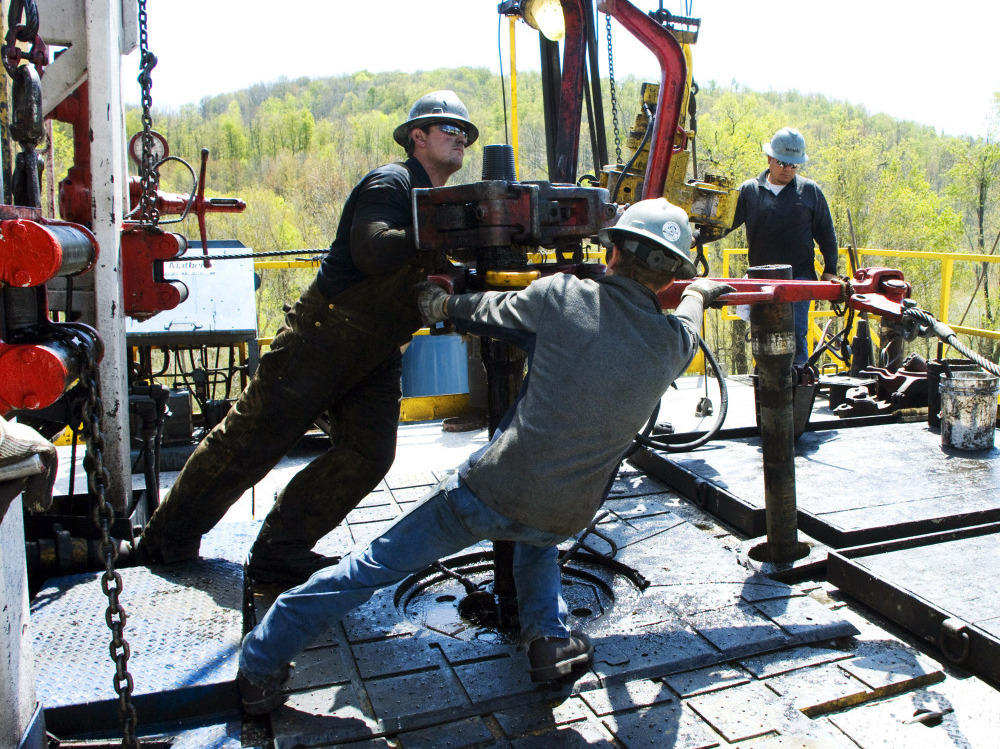 A controversial drilling process called hydraulic fracturing or "fracking" frees natural gas underground by using millions of gallons of water brewed with toxic chemicals. A Department of Energy panel concludes the public needs more information about the practice to restore faith in it.

A Department of Energy panel hopes new recommendations — if implemented — will restore the public's trust in hydraulic fracturing or "fracking" for natural gas.

In the last few years, fracking has brought new life to old gas fields around the country. Most of the increasing production comes from dense layers of shale deep underground. By pumping huge deep underground amounts of water, along with smaller amounts of chemicals and sand, drillers can force gas out of shale.

Due in part to fracking, the Energy Information Administration estimates the U.S. now has enough domestic natural gas to supply the country's needs for 100 years, based on 2010 consumption levels.

President Obama has declared natural gas key to the country's energy future. Burning natural gas produces fewer greenhouse gases emissions than coal and oil, and as a domestic source of energy its creating much needed new jobs. But as gas booms have popped up across the country reports of problems have also increased. Critics worry fracking may be polluting ground water.

Homeowners who live near the wells claim methane, and possibly toxic chemicals, are leaking into water supplies. These growing concerns prompted President Obama to call for a panel to examine how to make fracking cleaner.

John Deutch was picked to head the group. He's an MIT professor with a long history in politics and the energy industry. He says a lot is at stake because of growing calls to ban fracking.

"There's a very genuine possibility that the U.S. public will turn against the activity and then slow it, if not eliminate it," says Deutch.

To build trust in fracking, Deutch's panel concluded people need evidence that it's safe and constantly being improved. Here's the basic theory behind the panel's recommendations:

"Measurement, plus disclosure of that measurement," says Deutch, "And using the measurement to influence best engineering practices in the field to minimize environmental impact."

The panel says gas companies should measure things like the amount of methane in nearby water wells before drilling begins; then again after and make all that data public. That kind of comparison could show whether drilling is harming ground water.

Let's just create a culture where the companies are being forthcoming and telling the public exactly what they're doing.

The panel says drillers also should fully disclose the chemicals they use in fracking. The industry has resisted this citing concerns over trade secrets. But the panel says in its draft report there there is no economic or technical reason to prevent public disclosure.

"There is so much fear right now — justifiable fear — about what these companies are using," says Kate Sinding, senior attorney with the Natural Resources Defense Council. "Let's eliminate that as an issue. Let's just create a culture where the companies are being forthcoming and telling the public exactly what they're doing."

This is still a sensitive issue for industry leaders like Erik Milito, a director with the American Petroleum Institute

"Targeting one industry to disclose every single bit of information, publicly, on a web site and and not applying that same type of structure to any other industry, you have got to start asking yourself, 'What are we trying to achieve here?'" asks Milito.

He points out some companies already disclose the chemicals they use. But the DOE panel says more disclosure is needed to assure a skeptical public.

The panel also recommends tougher standards to make sure air and water are protected throughout the natural gas production process. It also calls for more federal research dollars to answer key environmental questions.

The panel will accept public comments on the draft report for the next week before the final version goes to Energy Secretary Stephen Chu and on to the President.

Meanwhile the panel hopes state and federal regulators and the industry will take their advice seriously, before calls to ban hydraulic fracturing grow even louder.