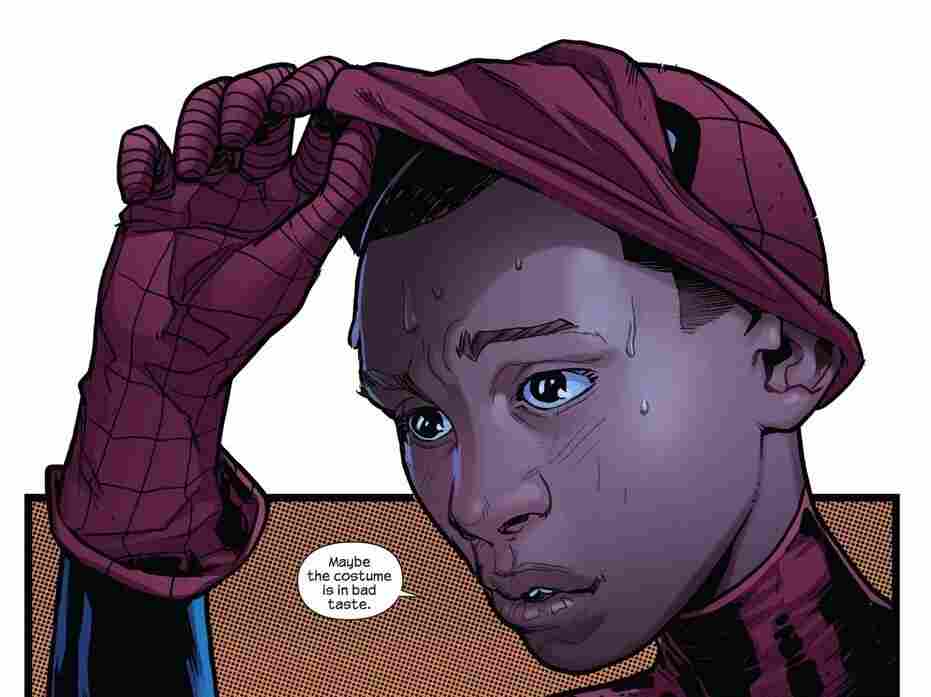 Miles Morales, half Latino and half African-American, is the new face of Spider-Man in the "Ultimate" line of Marvel Comics. Marvel Comics hide caption 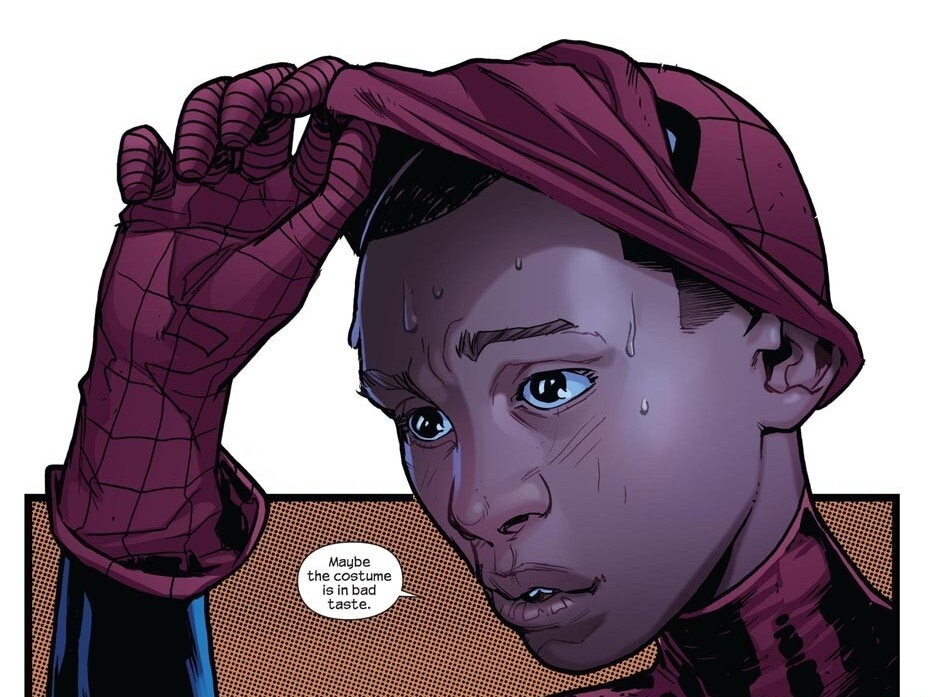 Miles Morales, half Latino and half African-American, is the new face of Spider-Man in the "Ultimate" line of Marvel Comics.

The orphaned, white young man gets bitten by a spider and then develops remarkable powers. He starts clinging to many surfaces, leaping like a veteran acrobat and slinging webs from his wrists.

Spider-Man, whose real name is Peter Parker, is an iconic Marvel Comics character, but he died in last month's issue of "Ultimate Spider-Man."

He's now replaced by Miles Morales, who is half Latino and half African-American. 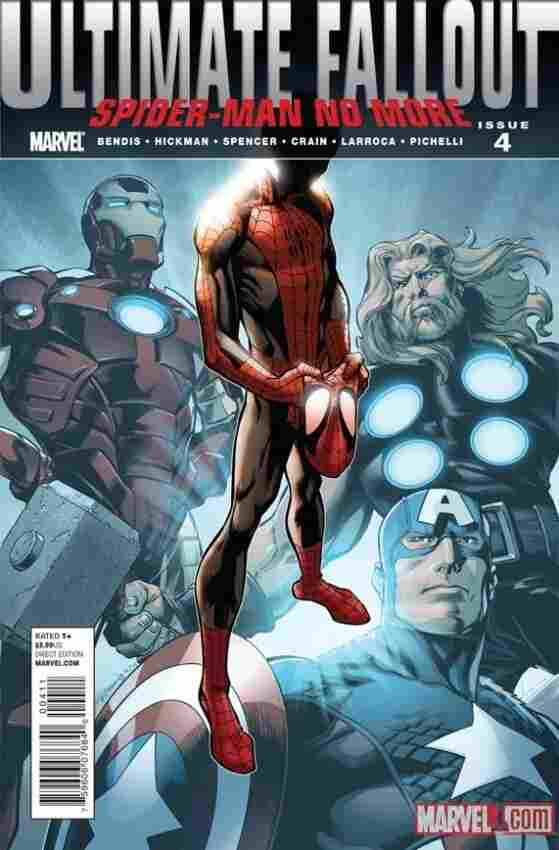 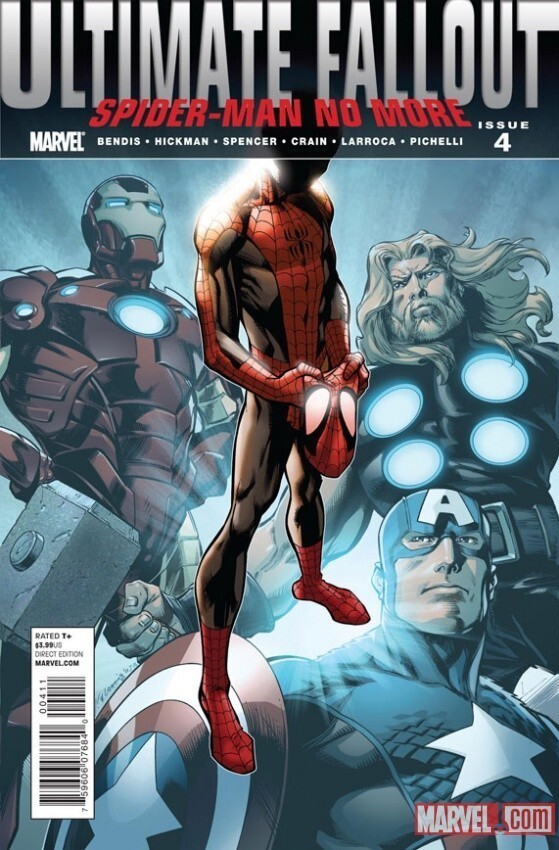 In an interview with Tell Me More guest host Allison Keyes, Marvel Comics Editor-in-Chief Axel Alonso said the idea of an ethnically diverse Spider-Man had been long brewing — even before Barack Obama was elected U.S. President.

He said he and his staff just didn't have the story at the time.

"But more recently, when we were sculpting the story that became the death of Spider-Man, we realized we had our opportunity to redefine Spider-Man for the 21st century," he added.

Morales is the child of an African-American father and Hispanic mother. He's a 13-year-old trying to find his place in the world.

He becomes a superhero after learning of the death of the original Spider-Man and is inspired to sling webs and fight crime too.

But he's very different from Parker. Morales is younger, has powers that are unique to him, and does not currently have a love interest.

Alonso said he expected and did receive criticism for his new idea.

"To all the people who view this as a politically correct move or what have you, I assure you it's not," said Alonso. "Peter Parker for decades garnered fans of all races, sizes, creeds and colors. And we have no doubt that Miles Morales will do exactly the same thing. It's his heart that matters, not the color of his skin."

Alonso said what really excites him are letters from those sharing plans to go into comic stores for the first time to introduce their children to Spider-Man.

That applies to his family, too.

"I'm thrilled to be able to show Tito, my son, a Spider-Man whose last name is Morales. Call me selfish, but I think that's wonderful," said Alonso. 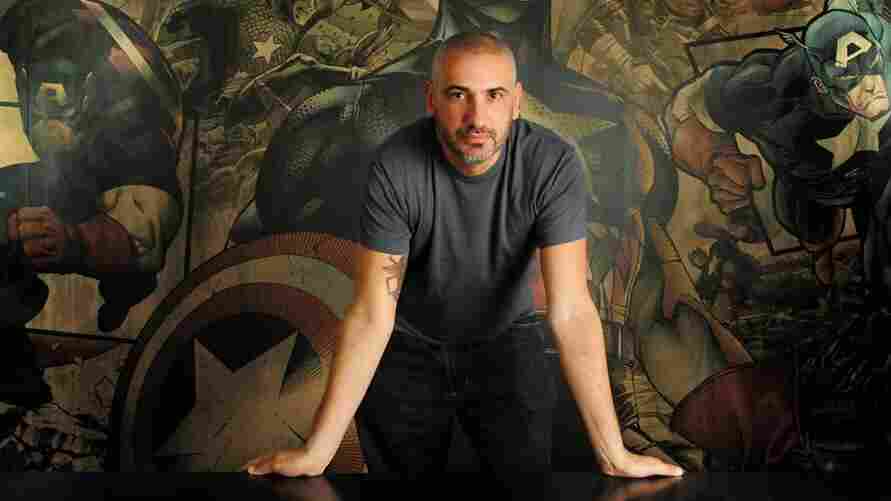 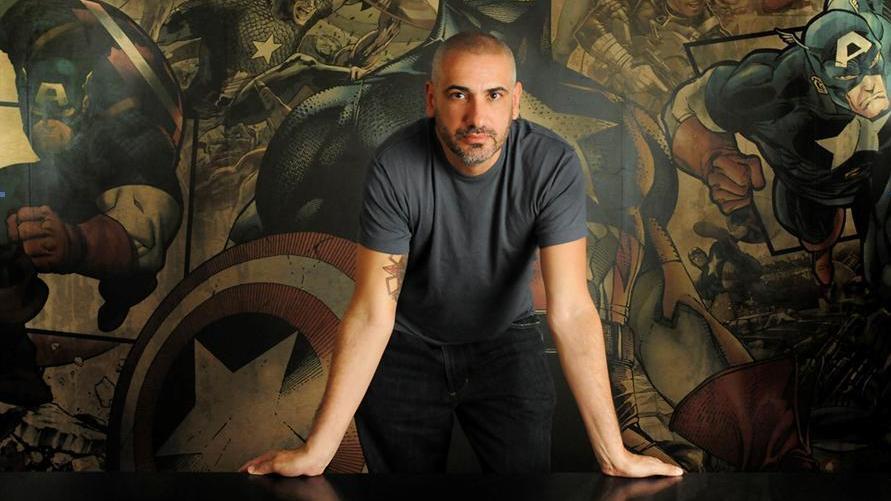