Accessibility links
A Kinder, Gentler 'Doc Martin' Clunes Americans know actor Martin Clunes best for his role in the British comedy series, Doc Martin, about a London surgeon who develops a fear of blood and takes up a general practice in a Cornish village. Unfortunately, his distaste for people doesn't endear him much to the locals. 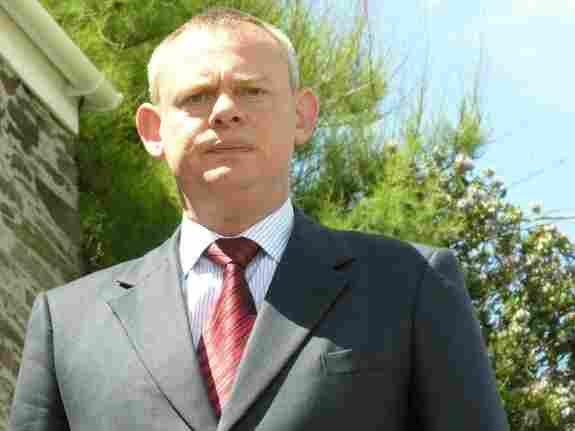 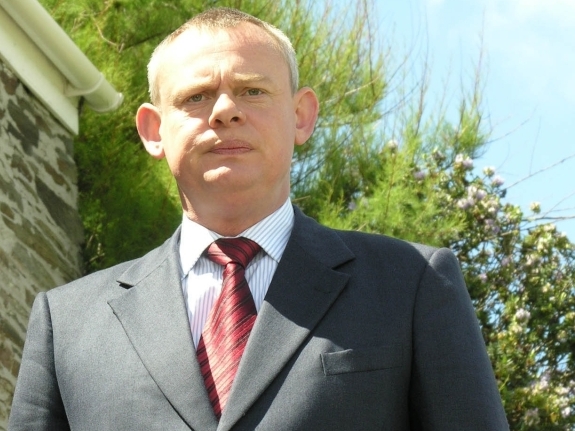 Actor Martin Clunes is well known in his native U.K.; he's played an undertaker, a rough-and-tumble lout in the comedy Men Behaving Badly and a man mired in a mid-life crisis in the sitcom Reggie Perrin. But American audiences know him best for his starring role in the British comedy series, Doc Martin.

A brilliant London surgeon who develops a fear of blood, the misanthropic Dr. Martin Ellingham takes up a general practice in a village in Cornwall. Unfortunately, his general distaste for people doesn't endear him much to the chatty locals.

The real-life Clunes is known for his amiable demeanor, but that doesn't mean he doesn't enjoy playing a grump.

"I'm ashamed to say," Clunes tells NPR's Neal Conan, "It's really liberating ... We're so crippled by social mores in this country ... There's a right way and a wrong way for everything, and this guy clearly operates in the wrong way. But it really frees you up to kind of yell at someone."

And while Doc Martin loathes the dogs that follow him around on the series, Clunes himself is an avowed animal lover. "That was my idea because to me, if somebody doesn't like a dog, they're wrong. I thought that was rather funny to have dogs just adore him."

Clunes spent years living in London, but now he lives with his family on a farm in Dorset, England.

"We're big on horses. We have 14 horses, and that takes up a lot of time," Clunes says. "It's kind of like paradise for us."

Watch A Trailer From Doc Martin