Accessibility links
In The Current Crisis, It's Not Just The Economy When the 2008 financial crisis hit, it created a demand for technocrats who understood the intricacies of banking. Today, politicians in the U.S. and Europe will have to make tough compromises that will not please voters. 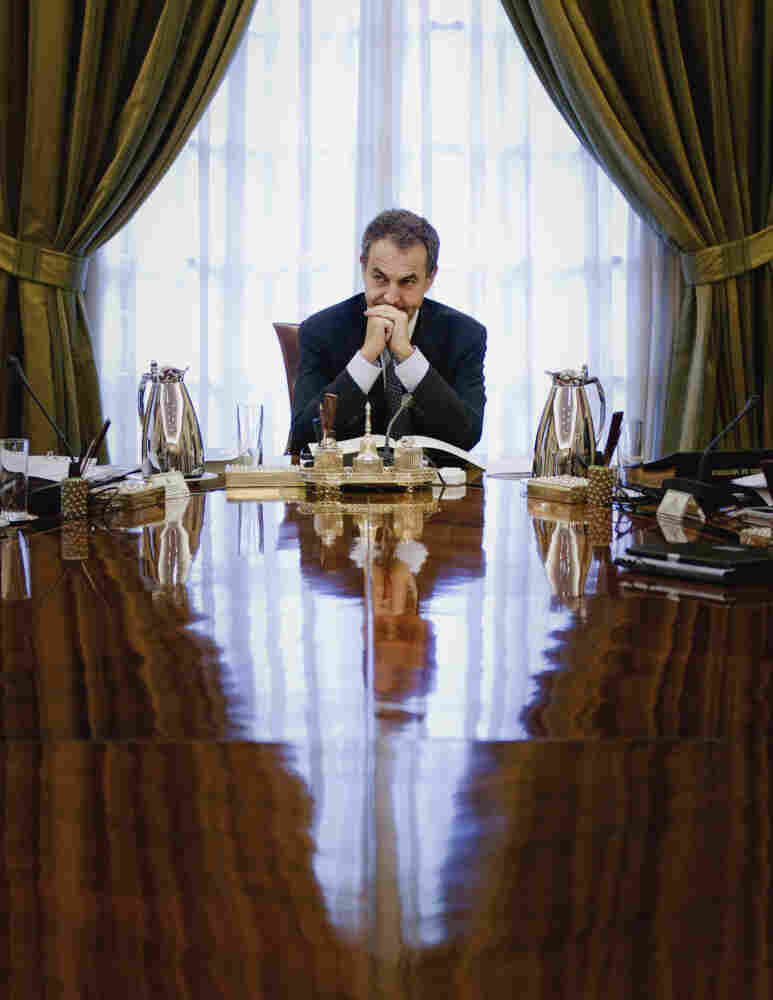 Spanish Prime Minister Jose Luis Rodriguez Zapatero is seen before a Cabinet meeting in Madrid on July 22. Spain is in the midst of an economic crisis. Daniel Ochoa de Olza/AP hide caption 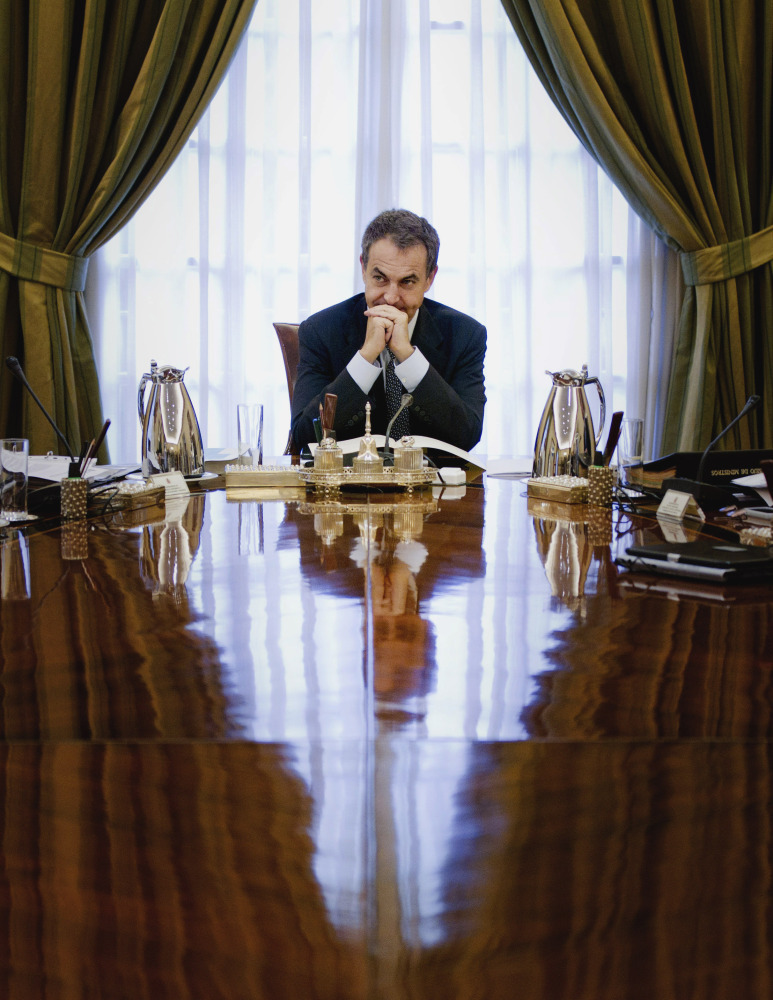 Spanish Prime Minister Jose Luis Rodriguez Zapatero is seen before a Cabinet meeting in Madrid on July 22. Spain is in the midst of an economic crisis.

Three years ago, the global economy was brought to the brink by a near meltdown of the international banking system. Now we're in trouble again, but this time our economic woes stem largely from the actions of governments. Escaping from this crisis is more of a political challenge than a financial one.

That doesn't necessarily mean it will be any easier.

The decision by Standard & Poor's to downgrade U.S. credit last week had less to do with the size of the U.S. budget deficit than with the inability of Democrats and Republicans to work together to reduce it. In explaining its move, the ratings agency cited concerns about the "effectiveness, stability, and predictability of American policymaking and political institutions."

Similar critiques apply in virtually all the countries affected by the current crisis. Take Spain, another country that has had its credit downgraded.

"One lesson from both the U.S. and Spain is that internal politics can greatly complicate economic progress," says Fernando Fernandez, a former economist with the International Monetary Fund who is now teaching at the IE Business School in Madrid.

If there is a solution, it will be a political one.

John Auther of the Financial Times

Politically polarizing debates over how best to reduce a budget deficit, Fernandez points out, have played out in Spain as well as the United States, and with similar results.

"That [fight] has paralyzed policymaking here for two years and has made the Spanish crisis longer and more costly," he says.

There is wide agreement among Spanish economists, for example, that their country can promote economic growth and reduce unemployment (currently at 20 percent) only after it enacts painful and unpopular reforms in the labor and banking sectors.

But for such a program to succeed and overcome opposition, some cooperation between left- and right-wing parties would probably be necessary, and the prospects are not good.

Italy faces similar political challenges. European leaders made it clear to Prime Minister Silvio Berlusconi last week that his government could expect financial support from his neighbors only if he promised to support a balanced budget amendment. Berlusconi agreed, but securing that amendment will be a major task for him and the rest of the Italian government.

One of the most outspoken public figures has been Jose Manuel Barroso, president of the European Commission. Barroso opened a summit of European heads of state last month with a call to the richer countries in the euro monetary zone to show solidarity with the poorer ones, for the sake of European unity.

The basic problem in the eurozone is the indebtedness of countries on the periphery and their heightened difficulty getting banks to finance that debt on terms that will not prove too burdensome. It is difficult, but it is not complicated.

"If there is a solution, it will be a political one," says John Authers, managing director of the Lex column in the Financial Times.

"If politicians can work out a way of convincing the world that the full eurozone stands behind all the countries at the periphery," Authers said in a recent video commentary, "then there need not be a crisis in those sovereign credits. But obviously that is a huge political task."

And getting bigger by the day. Politicians in Berlin are making clear they oppose the use of Germany's good credit to shore up their weaker neighbors. That could present an obstacle to the resolution of the euro difficulties. The German parliament will need to approve a eurozone rescue effort, just as the Italian and Spanish parliaments will need to approve the reforms on which their aid is conditioned.

Before this is over, policymakers and government leaders may be yearning for another crisis that can be solved by technocrats huddling in conference rooms. A crisis whose resolution depends on political courage and a willingness to compromise could just be too much to bear.