Accessibility links
Remembering The Berlin Wall, 50 Years On As Germans mark the 50th anniversary of the building of the Berlin Wall, NPR has curated a series of photos from its construction in 1961 to the graffiti-covered slabs that now sit on the grounds of a Berlin construction company. 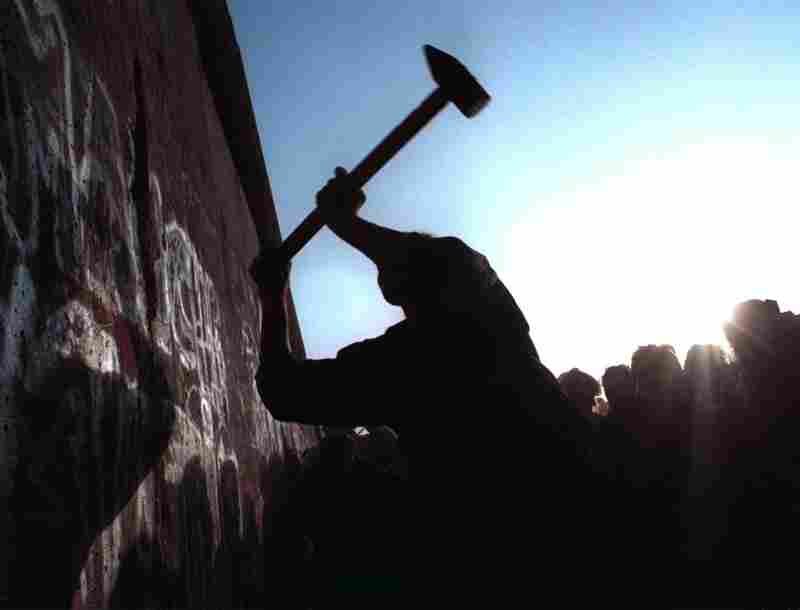 The wall between East and West Germany was torn down after 28 years on Nov. 12, 1989 John Gaps II/AP hide caption 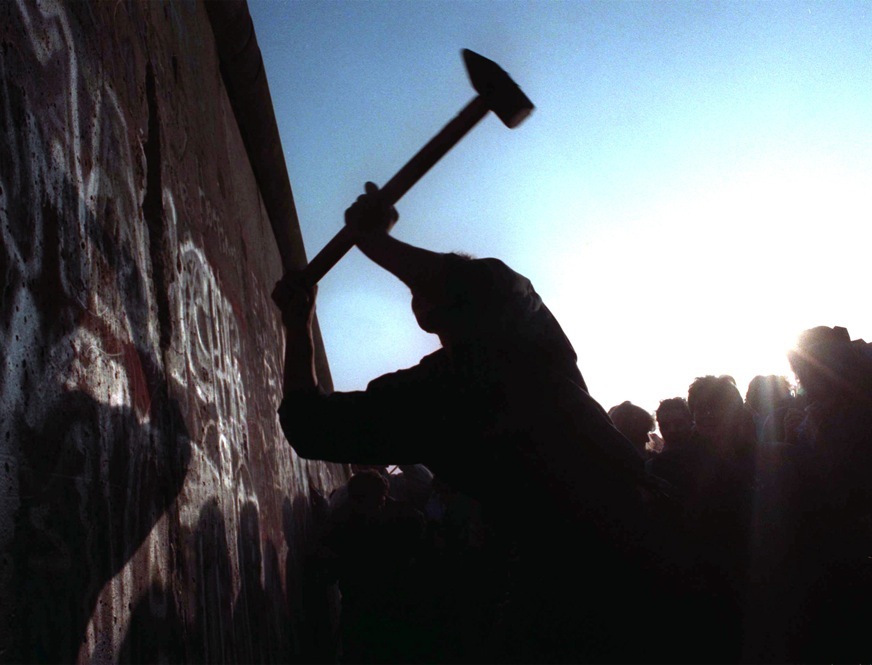 The Berlin Wall has now been torn down for nearly as long (22 years) as it stood (28 years). Yet it was such a powerful symbol of the Cold War that it still evokes a strong response today, a half-century after it was constructed in the summer of 1961.

Germans will gather this weekend at the spot where the wall stood and reflect on how it shaped their lives and their society. While most of the wall is gone, a section still stands in the center of the city on a street called Bernauer Strasse. When the city was divided, this area was a no-man's land, covered in barbed wire and constantly monitored from watch towers.

NPR's Bilal Qureshi recently visited the street, in what is now one of the city's most fashionable neighborhoods. Trams and bikes glide along in front of renovated apartment buildings. And that no-man's land has been turned into a park.

Qureshi met Stephanie Kespohl, who was visiting with her 12-year-old daughter and her daughter's friend. "Now everything is unified," Kespohl said. "For them, it's one Berlin."

NPR has curated a collection of photos showing the wall from its construction 50 years ago to the graffiti-covered slabs that are resting today in the yard of a Berlin construction company.