Accessibility links
Octavia Spencer: You Can't 'Help' But Feel This Film If you are uncomfortable watching The Help, that's appropriate, says actress Octavia Spencer: "People lived this discomfort." Spencer, who plays an African-American maid in 1960s Mississippi, talks about civil rights on-screen and responds to the movie's many critics. 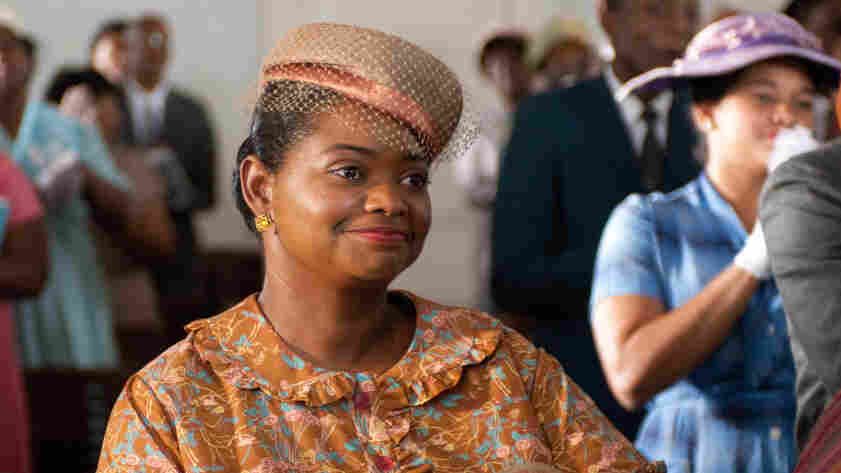 The movie adaptation of the best-selling book The Help roared into theaters this week, racking up more than $5 million in box-office receipts on its opening day.

It closely follows Kathryn Stockett's novel about life among well-to-do white women in 1960s Jackson, Miss. The book told that story in large part from the point of view of the black women who served them — which earned Stockett both praise and condemnation.

The Help is set against the civil rights era and the drama begins when the Junior League queen bee, Hilly Holbrooke, takes a stand against the maids' using their employers' bathrooms. One of her friends defies her and tries to get two of the maids, played by Viola Davis and Spencer, to tell the world what their lives are really like.

Spencer plays Minny and she practically steals the show with crisp dialogue and an arsenal of explosive facial expressions.

"She's the best cook in Jackson and therefore sought after for her cooking prowess," Spencer tells NPR's Michele Norris. "But she is also obstinate and very opinionated and doesn't have a problem expressing those opinions, especially to white people, which was a no-no during that time period."

When taking on racist white women in the town, Spencer's Minny stands erect — in a way that reveals pride, but also a good deal of pain. "She is always standing tall," Spencer explains, to communicate: "You are not superior to me."

Minny is a tough soul on the outside, but her weaknesses show in her home, where she is an abused wife and an overworked mother of five. When she sends her teenage daughter off to work in the home of a white woman for the first time, she is crushed. 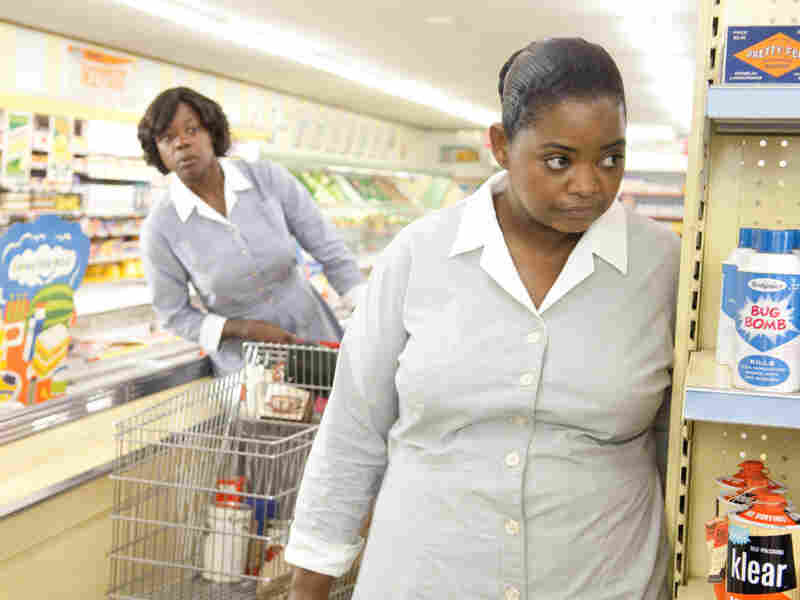 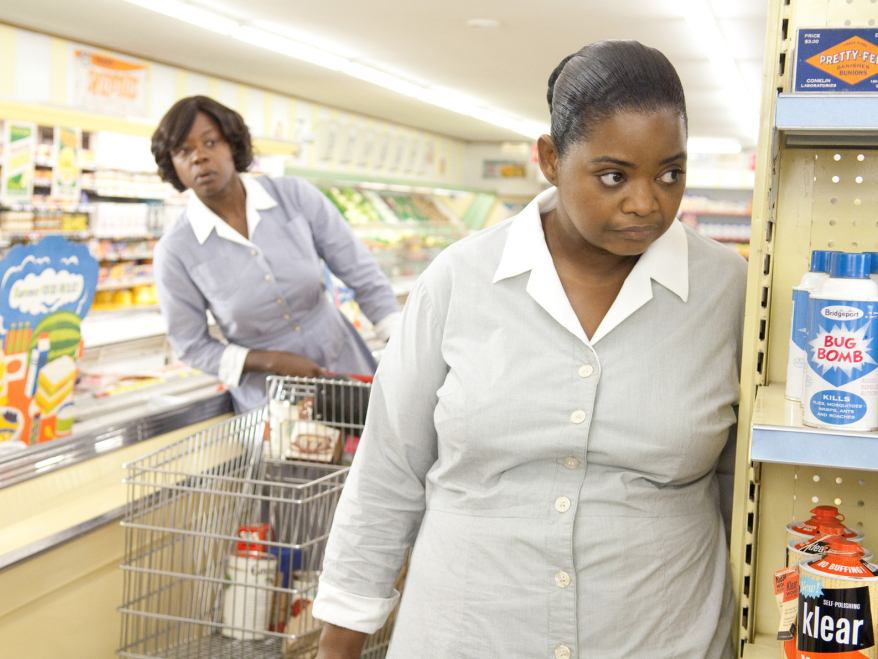 Aibileen Clark (Viola Davis, left) and Minny Jackson (Spencer) take a grave risk by agreeing to tell their stories in The Help. Spencer says she researched 1960s Jackson, Miss., to prepare for the role — including "some wonderful hours" spent with the widow of slain civil rights leader Medgar Evers.

"You definitely see the shift in her posture," Spencer says. "Because now what she has dreaded more than anything — her daughter following in her footsteps — is happening."

To prepare herself for the role, Spencer spoke to someone who endured the brutality and violence of 1960s Mississippi.

"I did a lot of research about the time period and spent some wonderful hours talking to Mrs. Myrlie Evers-Williams," Spencer says. Evers-Williams is the widow of civil rights activist Medgar Evers who, in 1963, was gunned down in front of his Jackson home.

Though The Help is set during the civil rights era, Spencer insists it is not a civil rights movie. "To me, it's more a movie about relationships, how these white women relate with each other and then how they relate to the women ... who work in their homes," she says.

The audience no doubt feels discomfort, but that's appropriate, "because people lived this discomfort," Spencer says: We owe it to these women to step inside their world for two hours.

More On 'The Help'

A Nuanced Novel Of Race In The Deep South

"I think it's a 'feel-something' movie," Spencer explains. "You feel as much of the discomfort and the pain that you see Aibileen and Minny endure, but also you feel proud of them. [There's] triumph and laughter and joy and maybe a little guilt."

Responding To The Critics

The Help has generated a lot of buzz since its release — and not all of it has been positive. Some people are discouraging others from seeing the film, not wanting to view history through this particular lens. Spencer doesn't buy it.

"If it's that they don't like the fact that a white woman wrote [the book] and used an African-American dialect, I take issue with that, because what message are we sending to artists?" Spencer says. "If it's that black women are playing maids in 2011? I would say, these are not the same maids you saw in every other film about this era. For the first time, these women have a voice and these women are proactive in bringing about change in their community."

The important thing, Spencer says, is to make your own judgment whether you want to see the film.

"If you haven't read the book and all you are going on is what someone else says, then are you really going to let someone else make up your mind?" Spencer asks. "To not see the film at all because you think it represents something derogatory? I say, then it's your loss, because it's a wonderful film."