Accessibility links
Nonprofits Watch Anxiously As Market Wobbles The turmoil on Wall Street threatens to wreak financial havoc on the country's 1.2 million nonprofits, many of which own stocks through their endowments and depend heavily on donations. Charities only beginning to recover from the recession are wondering how they'll survive another market plunge. 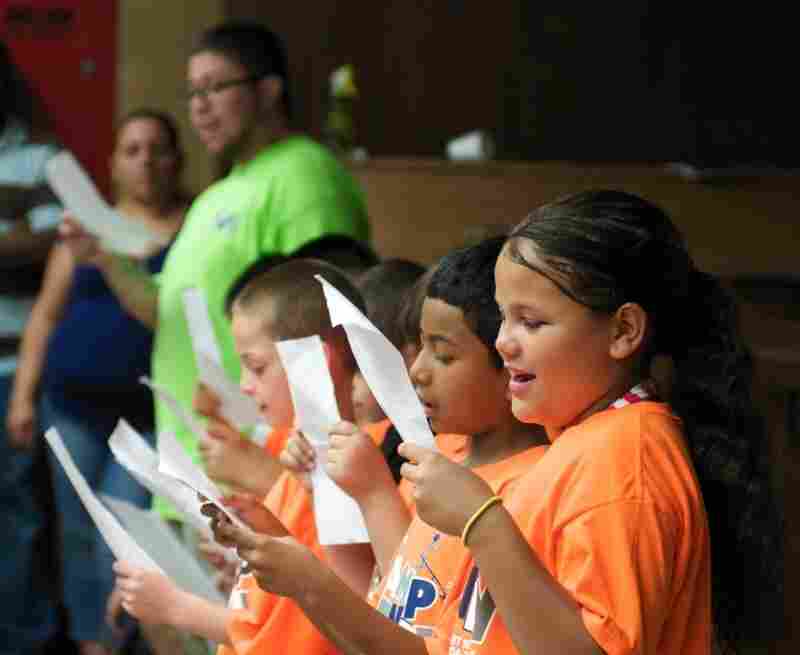 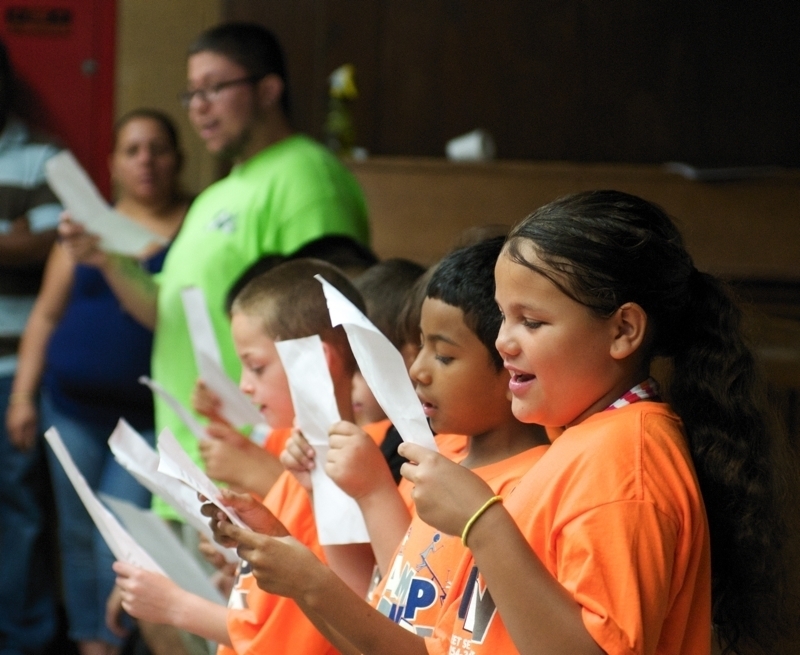 Henry Street Settlement provides a range of social services for low-income New Yorkers, including a summer day camp for children. Corporate donations to the agency fell off after the 2008 financial crisis.

The turmoil on Wall Street threatens to wreak financial havoc on a lot of people and institutions — including the country's 1.2 million nonprofits. Charities of all sizes are only beginning to recover from the recession. Now many are wondering how they'll survive another market plunge.

Camp Henry on Manhattan's Lower East Side is run by the venerable Henry Street Settlement, which provides a range of social services for low-income New Yorkers. Executive Director David Garza says after the 2008 financial crisis, corporate donations to the agency fell off.

"It was really kind of a vice grip on the supply side and the demand side," he says, "where there's more demand for our services and less resources to provide the services."

For a while federal stimulus money helped keep the agency going, but now that's dried up, so Garza has been watching the recent Wall Street meltdown with some trepidation.

"It starts actually in the stomach," he says. "It's the pit in the stomach and then it goes through the mind. It's the 'here-we-go-again' feeling."

A big drop in stock prices tends to hurt charities in two ways. First, many own stocks directly through their endowments and their holdings lose value, or at least they no longer pay the kinds of dividends they once did. Second, individuals and companies can no longer afford to donate as much as they used to, nonprofit consultant Bob Evans says.

It's the pit in the stomach and then it goes through the mind. It's the 'here-we-go-again' feeling.

"We know that this will impose some significant challenges as donors try to fund pledges they've made or donors try to keep attracting the charitable dollars that they do need," he says.

After the 2008 financial crisis, Evans says, donations to all kinds of charities dropped, including those involved in the arts, social services and medicine. Donations finally began to increase again last year, he says, but the downturn in the economy could set them back again.

Elizabeth Egbert, president and CEO of the Staten Island Museum in New York, says the museum has been writing to donors lately and fewer of them seem willing to make gifts.

"The negative letters seem to be more candid about the limited resources and the many voices asking for support," she says, "so the competition for money is much greater."

The troubles are aggravated by the fact that the museum gets much of its operating budget from New York City. When there's a downturn on Wall Street city tax revenues tend to fall, and New York has a lot less money to hand out. So the museum has to make do with less.

"I can't add staff so we're looking to volunteers more, we're asking more of our board. We're just trying to be better at everything we do," Egbert says.

That has helped the museum survive and even grow at a very difficult time. But like a lot of nonprofits, it faces big challenges and the recent vagaries of the stock market only make the future a lot less certain.