Accessibility links
New Prose Revitalizes 'Literary Brooklyn' Sometimes, when walking Brooklyn's streets, it doesn't feel as if its literary past is haunting. Rather, its literary soul is still alive and pulsating. Brooklyn is a world unto itself and a writer's enclave. Journalist and critic Evan Hughes has written a literary biography of the leafy borough. 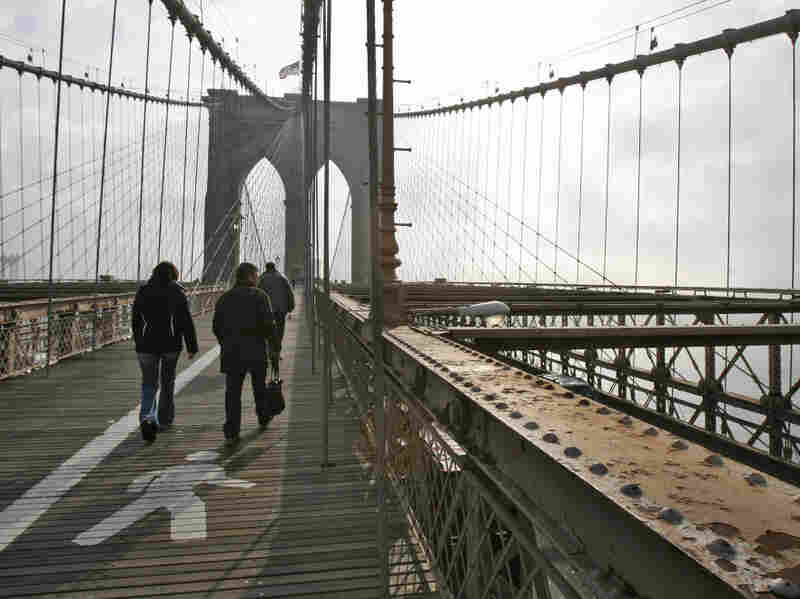 Brooklyn has served as a literary muse for many. Journalist and critic Evan Hughes has written a literary biography of the borough, which includes writers such as Walt Whitman, Richard Wright and Alfred Kazin. Kathy Willens/AP hide caption 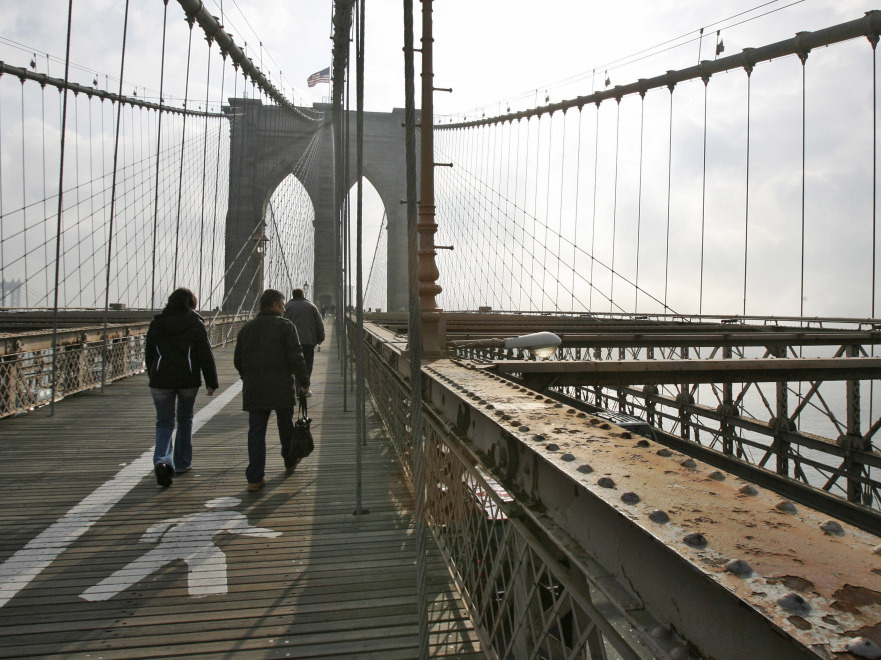 Brooklyn has served as a literary muse for many. Journalist and critic Evan Hughes has written a literary biography of the borough, which includes writers such as Walt Whitman, Richard Wright and Alfred Kazin.

Sometimes, when walking Brooklyn's streets, it doesn't feel as if its literary past is haunting. Rather, its literary soul is still alive and pulsating. Brooklyn is a world unto itself and a writer's enclave.

Walt Whitman had his office at the Daily Eagle near the Fulton Ferry dock. Hart Crane wrote his masterpiece about Brooklyn's masterpiece, the bridge. Henry Miller's beloved Williamsburg is further north along the East River and has its own bridge.

Journalist and critic Evan Hughes has written a literary biography of the leafy borough, Literary Brooklyn: The Writers of Brooklyn and the Story of American City Life.

"[Brooklyn] is a place that lends itself to stories. There's a human scale to the place that is sometimes missing in Manhattan," Hughes tells Weekend Edition guest host Jacki Lyden. "You've got a little world there that stories take place in. I think it's very fertile for an author's imagination."

Whitman was one of the first great Brooklyn bards.

"I think to him, Brooklyn was a great laboratory of democracy, and he was a radical Democrat," Hughes says, "and he loved this idea that he could be in opposition to Manhattan and sort of boast and pick fights, and he loved the idea of the diversity of the place and its vitality."

Among Whitman's poems that drew from his Brooklyn experience is "Crossing Brooklyn Ferry," which is one portion of Leaves of Grass.

"I think, really, the whole thing comes from his experience of a kind of raw relationship with an industrializing place, but a place that's still sort of wild," Hughes says.

Also set in Brooklyn is Arthur Miller's "Death of a Salesman." The 1949 play reflects the author's childhood. 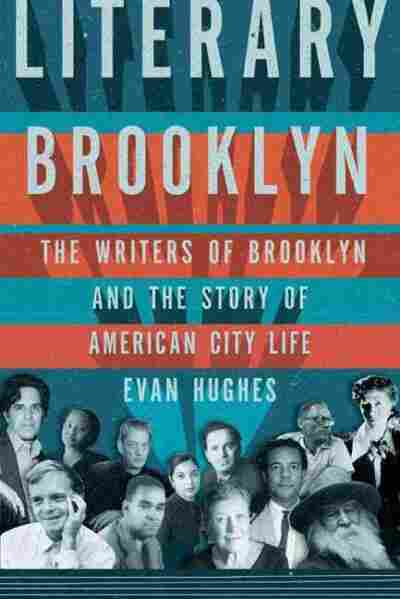 The Writers of Brooklyn and the Story of American City Life

"It is the iconic Brooklyn play, I would say, and it's possibly the iconic American play," Hughes says.

He says there were an abundance of stories about the American dream after World War II.

"The world is sort of buying cars and moving to the suburbs and having babies and this great prosperity," Hughes says. "Miller captures the flip side of that view in a man who's sort of left behind by capitalism."

"He would sort of climb to the top of the park with his legal pad and look out at the view," Hughes says, "and that's really where, in one summer, he created a lot of the book and sort of captured the Great Migration almost as no one else did."

Unlike Wright, Alfred Kazin was raised in the borough, which he described to NPR's Susan Stamberg in 1986.

"I was born and brought up as the first son of Russian-Jewish immigrants in a section of Brooklyn called Brownsville, which use to be very famous because a great many Nobel Prize winners and professional murderers came from it," Kazin said.

Hughes says Brownsville, in Kazin's time, "had become like a little Jerusalem. It was 95 percent Jewish, and it was surrounded by the sounds of Jewish life."

He calls the area a "world unto itself," but it was not without struggle. Hughes says in the winter Kazin would sometimes sleep on three chairs by the wood stove.

Kazin also felt the literary spirit of Brooklyn. One of Kazin's best known books was A Walker in the City. In one passage, he refers to Washington Roebling, the engineer who finished building the Brooklyn Bridge:

"I could never walk across Roebling's bridge or pass the hotel on University Place named Albert, in Ryder's honor, or stop in front of the garbage cans at Fulton and Cranberry Streets in Brooklyn at the place where Whitman had himself printed Leaves of Grass, without thinking that I had at last opened the great trunk of forgotten time in New York, in which I, too, I thought, would someday find the source of my unrest."

Read an excerpt of Literary Brooklyn