Accessibility links
Press Tour Confessions: The Melted Brain That Watched 'Honeymoon For One' What do you do when your brain is fried and you just can't think anymore? Well, perhaps you watch the Hallmark Channel original Honeymoon For One. At least I did.

Press Tour Confessions: The Melted Brain That Watched 'Honeymoon For One'

Press Tour Confessions: The Melted Brain That Watched 'Honeymoon For One' 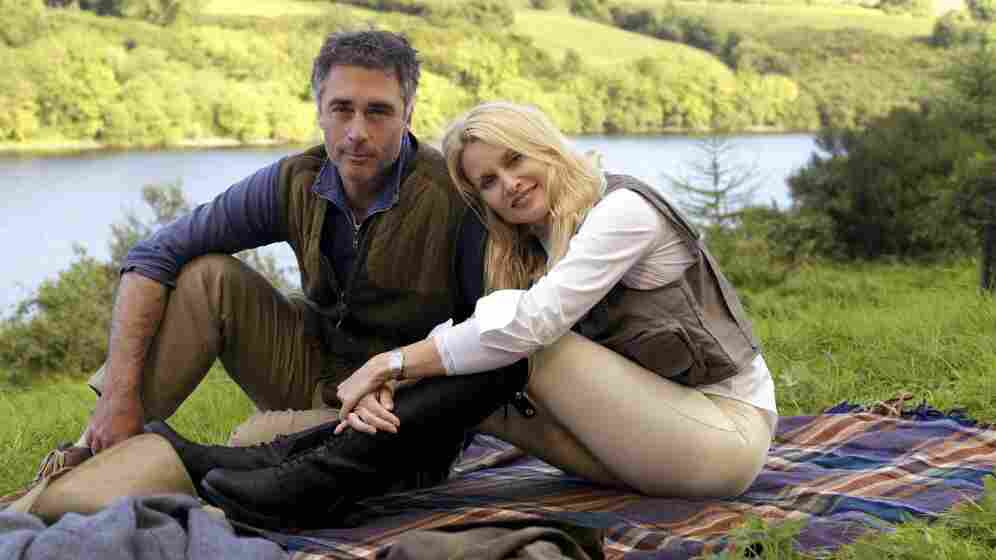 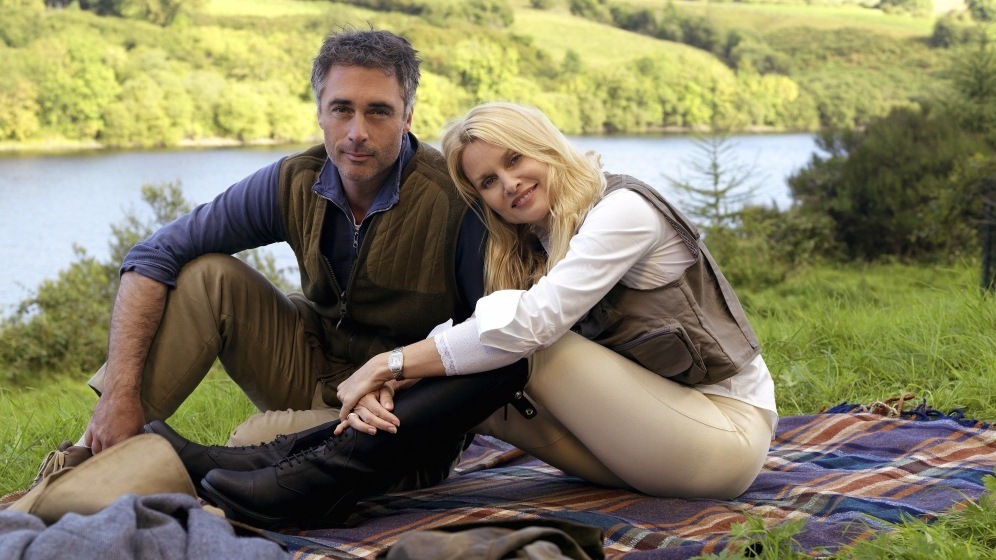 Greg Wise and Nicollette Sheridan star in Hallmark's Honeymoon For One.

I was at the Television Critics Association (TCA) press tour for two weeks. Panels started early; they went all day. Networks talked to us through lunch; they talked to us about things I hope to never think about again; they promised that every high-concept, elevator-pitch project was really about the characters. I was left ice-cold by things that went over well with almost everyone else; I got excited about things that became running jokes. I heard from Harry Belafonte and Oprah Winfrey and Gloria Steinem and Paul McCartney and Davy Jones, and I shook hands with Jon Hamm and remained upright. (BOOYAH.)

­But everyone needs a break just for survival — a moment when the brain can go into full and rejuvenating hibernation like a snoozing European hedgehog. That's how I found myself sitting in my hotel room one afternoon, looking at a growing pile of brainy screeners from Showtime and BBC America and HBO and PBS, thinking, "I'm going to take out this screener of this Hallmark Channel romance called Honeymoon For One, starring Nicollette Sheridan as a woman who finds love in Ireland, and I am going to watch the heck out of it."

Oh, yes. Oh, yes, I did, people. And I am telling you this because your chance to see Honeymoon For One on the Hallmark Channel comes tonight at 9:00 p.m. Note: I AM NOT SAYING YOU SHOULD. I am saying you can. You may. Science allows it. And if your brain is in a tired-hedgehoggy kind of place, it might even appreciate it.

So Nicollette Sheridan plays Eve Parker. And who is this woman? Well. As the Hallmark synopsis puts it, "Eve Parker is a confident, beautiful woman who has it all." As you know, in a romantic comedy (which, in fact, is what this sort of is), any confident, beautiful woman who has it all is asking for trouble with a capital T and that rhymes with P and that stands for Poor Lady Is Clearly Deluded.

Indeed, Eve is right about to get married to her boyfriend (he has a name, but we can just call him The Weasel), when she discovers that The Weasel is cheating on her and she calls it off. (Here, she suffers The Wound. Every such love story must contain The Wound.) But since she already has the tickets to Ireland for the honeymoon, she decides she'll just go. She will stay at a resort castle called ... Castlewilde. THAT'S RIGHT. It's called CASTLEWILDE. (Undoubtedly the best place to go on a first date since Ye Olde Warme Hearte closed down.)

And there's another catch, too, which is that she and The Weasel were involved in a business deal involving ... selling their jointly owned business to MacGuffin Industries or something. Obviously, the deal falls apart when the engagement does. As you can imagine, you'll want to keep that in mind.

Here are some things you should know: Eve takes more luggage than she can easily carry up the stairs. She does not have appropriate shoes for the countryside. She suffers the humiliation of being booked in the honeymoon suite alone. (Sad trombone.) But WHAT DO YOU KNOW? On the way into the hotel, she runs into a handsome fellow with a brogue and calluses on his hands because he likes the outdoors, and he helps her with her stuff. She, of course, is brusque with him, because of The Wound. If you guessed that his name is Sean because everyone in a TV movie set in Ireland is named either Sean or Patrick, you guessed correctly. If you further guessed that he works at Castlewilde so that they will be seeing quite a bit of each other during her trip, you have again guessed correctly. YOU ARE PSYCHIC. 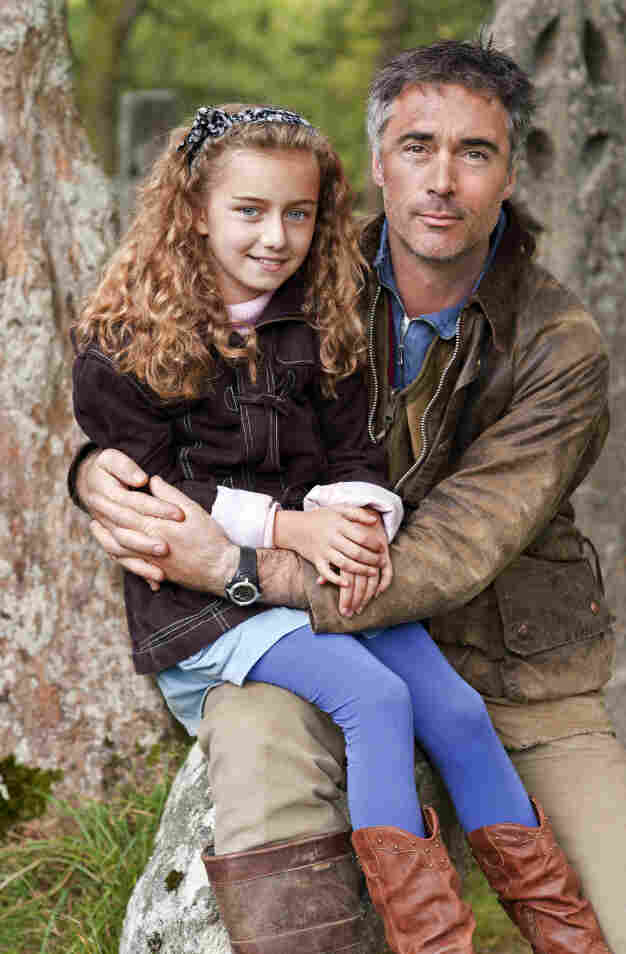 Could you say no to this moppet (Katie Bannon) and her father (Greg Wise)? Steffan Hill/Hallmark Channel hide caption

Determined to enjoy her honeymoon in spite of everything, she sets out and encounters the one thing guaranteed to melt the heart of every successful woman laid low by heartache: a 12-year-old moppet. Here, a moppet with a brogue. Her name is Kathleen, and who do you think is her father? WHO? WHO? That's correct; her father is Sean, and her mother is Sean's Tragically Dead Wife, and she takes a liking to Eve.

Now. From here, you know everything that will happen, from the desire not to disappoint the moppet to the healing of The Wound. Here are some other things that are part of this movie.

1. The Environmental Dispute. You know how, in Breakin' 2: Electric Boogaloo, they have to save the community center from being destroyed by the evil developers? It's kind of like that, only it's a forest and a golf course.

2. The Return Of The Weasel. Naturally, The Weasel still wants to sell the company to MacGuffin Industries, so he wants to convince Eve to forgive him long enough to sign some paperwork. Will she fall for it? Will Sean see her with The Weasel and misunderstand everything?

3. The Miraculous Business Presentation. You see, Eve also has a job, and it involves coming up with a logo for a giant Asian conglomerate, and she needs some inspiration. She just might find it when she explores her true self in the rolling hills. Might.

It is ridiculous. It is so predictable that I found myself trying to predict lines out loud and really not doing all that badly. Hearts melt! Worlds collide! People coo! Nicollette Sheridan rides a horse a lot!

I'm not going to lie. My hedgehog brain purred like a kitty.