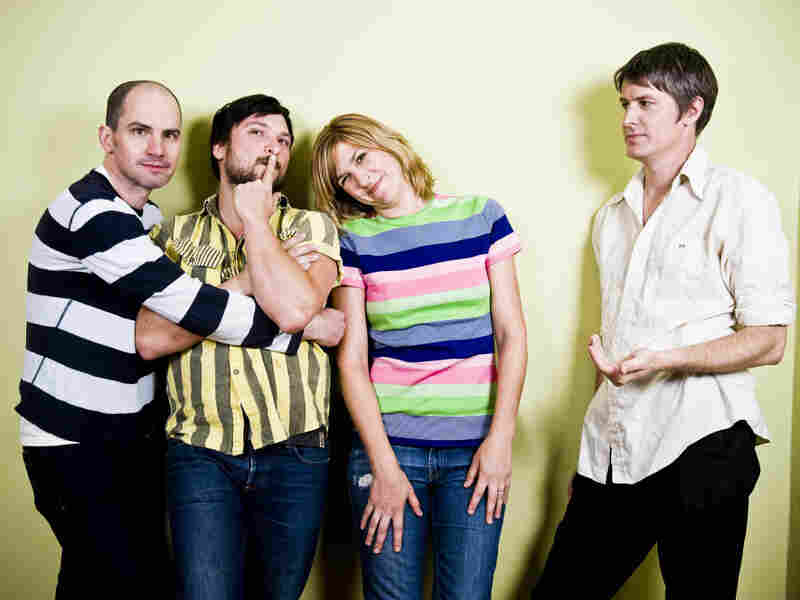 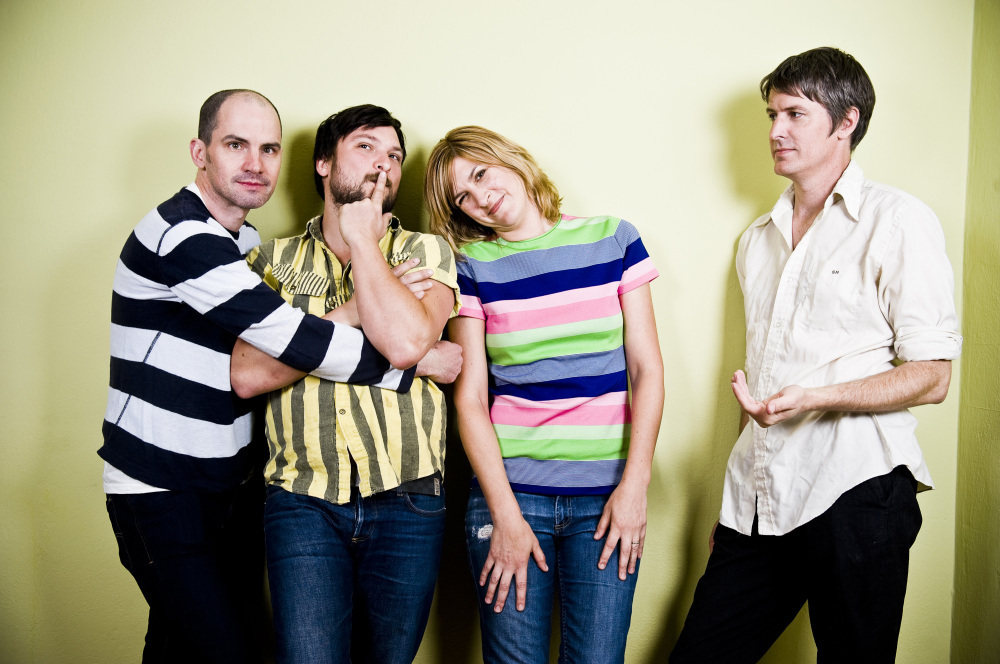 Stephen Malkmus and The Jicks collaborate with Beck on the new Mirror Traffic.

While many '90s bands have reunited in recent years, it's important to note that Pavement's Stephen Malkmus never truly went away. Easy as it's been to pine for Pavement, it's also easy to have forgotten that Malkmus continues to evolve and experiment, toying with synthesizers and electronics and with shape-shifting prog-rock, both solo and with his band The Jicks. So, while Pavement fans may have to wait a little longer (if not forever) for new songs following last year's reunion, Malkmus' latest Jicks record, Mirror Traffic, is among his best post-Pavement offerings to date. It's certainly the most mature.

That's a credit to Malkmus and fellow "slacker" iconoclast Beck — who produced the album — because the former's music is not always an easy listen. While his songs are often impeccably arranged with catchy, sing-song melodies, there's always been an off-kilter quality to his music, making it feel like it's about to fall apart. Chord progressions don't resolve where you want them to, he regularly changes keys mid-stream — often only for a few bars — and there's enough dissonance and squawks of guitar noise to give the songs a sneering edge.

Malkmus' lyrics are constructed to be elusive. His oblique stream-of-consciousness songs, with their sardonic wit and hyper-literate descriptions of mundane observations, ask willing fans to parse the lyrics themselves. Malkmus writes lines as much for their encrypted meanings as for the way the words sound rhythmically against his abrupt melodies and messy guitar riffs.

Still, while Mirror Traffic's punchy urgency has the feeling of being loose and unruly, Malkmus and his Jicks are deceivingly turn-on-a-dime tight as a band, thanks to stellar musicianship from Mike Clark, Joanna Bolme and especially Janet Weiss, whose drums give every song a throttling pulse. (Weiss has since left the band to form WILD FLAG.)

Malkmus has said that he and The Jicks were looking for a like-minded ally like Beck for Mirror Traffic. But of all the artists with whom Beck has collaborated recently (Charlotte Gainsbourg, Thurston Moore), here he leaves the smallest musical footprint. Beck practically sits back and lets Malkmus and The Jicks play; there are very few of the production flourishes that have become Beck's calling card, though he likely played a small part in reining in Malkmus' jammier side, and in sweetening the songs along the way. If anything, Beck's influence shows in Mirror Traffic's sonic focus, even as the album presents a variety of microstyles: fuzzy garage rockers like "Tune Grief" and "Tigers," intimate tunes like the solemn folk song "No One Is (As I Are Be)," or the warbling, buzzed-out ballad "Asking Price."

One of the major overarching themes of Mirror Traffic seems to be a reflexive coming to terms with nostalgia and the boredom of adulthood. But "Forever 28" also references a crumbling relationship — "I can see the mystery of you and me will never quite add up / No one is your perfect fit, I do not believe in that s---" — while "All Over Gently" includes the kiss-off line, "Stay if you want, but don't forget we're through."

Mirror Traffic, out Aug. 23, is about as brutally forward and honest as Malkmus has ever sounded, revealing a new side to the enigmatic songwriter. But it's also an album with plenty of hooks and lyrical surprises.