Accessibility links
First Listen: 'Muppets: The Green Album' A new tribute to the music of the Muppets features contributions from Andrew Bird, My Morning Jacket, Weezer and more. Hear the entire album a week before its official release.

Andrew Bird, OK Go, Weezer, My Morning Jacket And Others Cover The Muppets 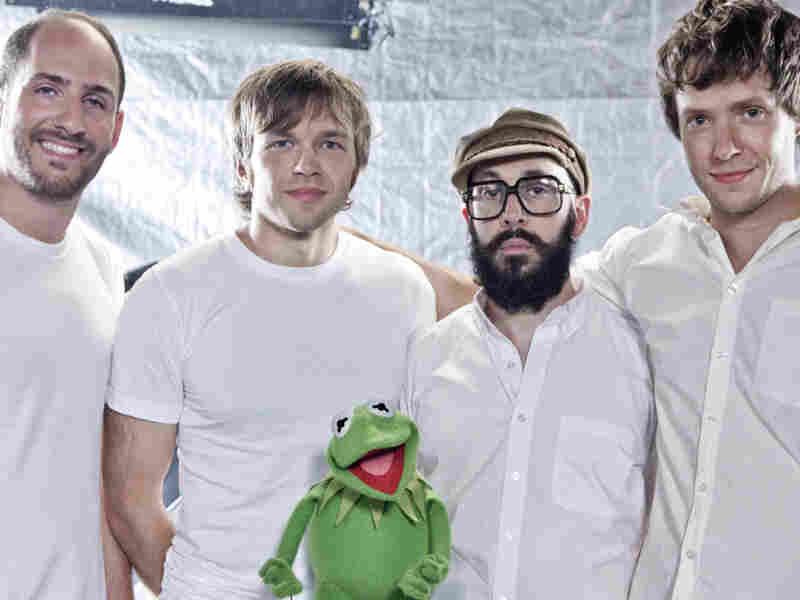 OK Go shows some Muppet solidarity. The rock quartet contributes a cover of The Muppet Show's theme song to Muppets: The Green Album. Courtesy of the artist hide caption 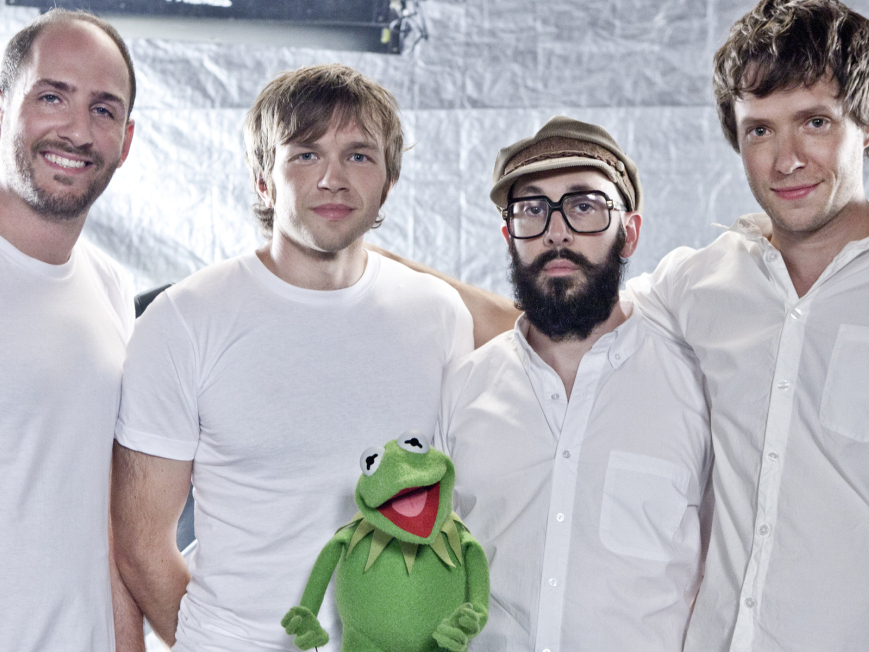 OK Go shows some Muppet solidarity. The rock quartet contributes a cover of The Muppet Show's theme song to Muppets: The Green Album.

Growing up in the '70s and '80s, I made a promise to myself to never forget what it felt like to be a kid. In a confusing world run by adults, the wonder and innocence of youth seemed like salvation. Of course, as the years ticked by, whatever magic or joy I found in childhood things eventually faded and gave way to the shadow of inevitable middle age.

Alice Cooper performs on The Muppet Show in 1978.

Fortunately, we have the occasional keepsake to remind us of everything we forgot. Muppets: The Green Album, a new collection of Muppet songs covered lovingly by Andrew Bird, My Morning Jacket and other artists, provides one of those reminders. Hearing it for the first time ignited a heady rush of blithesome memories and emotions I'd not recalled or felt in years.

During The Muppet Show's five-year run on CBS from 1976 to 1981 — and in a half-dozen movie spin-offs — Kermit, Miss Piggy and a large cast of other beloved characters romped through a world without cynicism, where it was safe to love silly things with all your heart. They invited anyone to join them, and in return offered a gateway to many wondrous things for kids: a gateway to comedy and pop culture, to our earliest understanding of human relationships and, perhaps most of all, a gateway to music. Everyone from Alice Cooper and Ozzy Osbourne to Stevie Wonder, Liza Minnelli and pianist Victor Borge made guest appearances on The Muppet Show, introducing kids to heavy metal, soul, funk, jazz and classical music.

The Green Album, out August 23, sticks to songs written specifically for or performed by the Muppets, and culls from a deep catalog of fan favorites. OK Go kicks off the mix appropriately with a trippy, extended version of the Muppet Show theme song, the one that hails "the most sensational, inspirational, celebrational, Muppetational" show on earth. Weezer and Hayley Williams of Paramore trade verses in a wistful version of "Rainbow Connection." Andrew Bird's whistling and string arrangements reach well into the heart of "Bein' Green." And Rachael Yamagata's version of "I'm Going to Go Back There Some Day," a song I'd long forgotten, brought tears to my eyes.

In the 20 years since Muppets creator Jim Henson died, the program and characters have fallen on hard times. The original show is long gone, more recent Muppet movies have gone straight to DVD, and many of the characters people in my generation grew up with have been gathering dust. But The Green Album — and a new Muppet movie written by Jason Segel, with songs by Flight of the Conchords' Bret McKenzie, due in November — shows there's still a lot of love for Fozzie Bear and the rest of the gang. The kids who grew up with them are now adults and want to give back. We live in cynical times, but listening to The Green Album is a nice reminder of the joy and beauty that remains.