Accessibility links
Steve Cropper: An Old Pro Honors His Unsung Idols A guitarist, songwriter and sideman extraordinaire, Cropper produced and plays on a new tribute to The 5 Royales, an R&B group that never quite got its due. 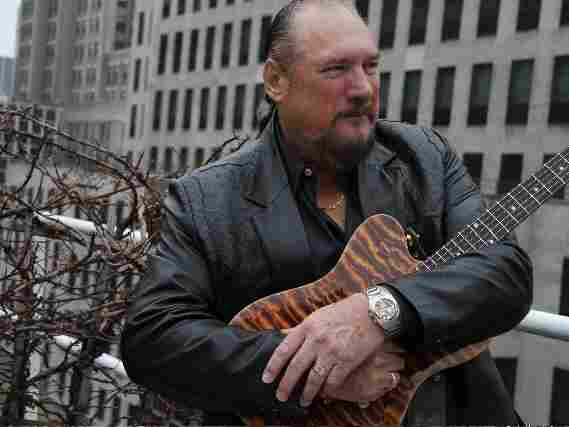 Dedicated: A Salute to the 5 Royales is a tribute to the soul group, helmed by guitarist Steve Cropper. Dave Kogut/Courtesy of the artist hide caption 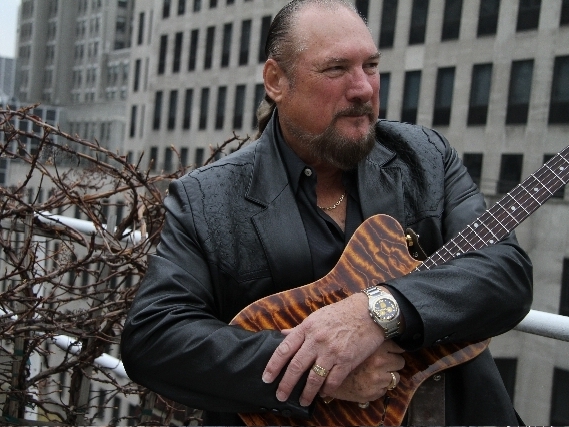 Dedicated: A Salute to the 5 Royales is a tribute to the soul group, helmed by guitarist Steve Cropper.

Dave Kogut/Courtesy of the artist

The song "Dedicated to the One I Love" is usually associated with The Mamas & the Papas or The Shirelles, both of whom released hit versions of the tune in the 1960s. But Steve Cropper says he's spent years trying to remind people of the group who wrote the original: The 5 Royales.

Cropper is a Rock and Roll Hall of Fame guitarist, producer and songwriter, who co-wrote two of R&B's most iconic songs: "The Midnight Hour" and "(Sittin' On) The Dock of the Bay." He tells Weekend Edition Sunday guest host John Ydstie that The 5 Royales were his greatest inspiration as a rising musician — particularly the group's guitarist, Lowman Pauing.

"I got to see them live when I was about 18 years old, at the Beverly Ballroom in Memphis, Tennessee, and my eyes stayed glued to him the whole time," Cropper says of Pauling. "[His writing was] much like the blues fashion, where you sing a line, then play a line. And he was also very good at creating intros that were interesting and would get your attention, and say, 'Hey, we've got something going on here — listen!'"

Cropper is the co-producer of a new tribute album entitled Dedicated: A Salute to The 5 Royales. He performs on the record alongside B.B. King, Lucinda Williams, Sharon Jones and a host of other collaborators.