Accessibility links
Weak Dollar? That's Good For U.S. Exports The dollar has been falling relative to other currencies, making buying imports more expensive in the U.S. On the other hand, it also means U.S. exports are more competitive around the world. That shift could be good news for U.S. manufacturers, especially the auto industry. 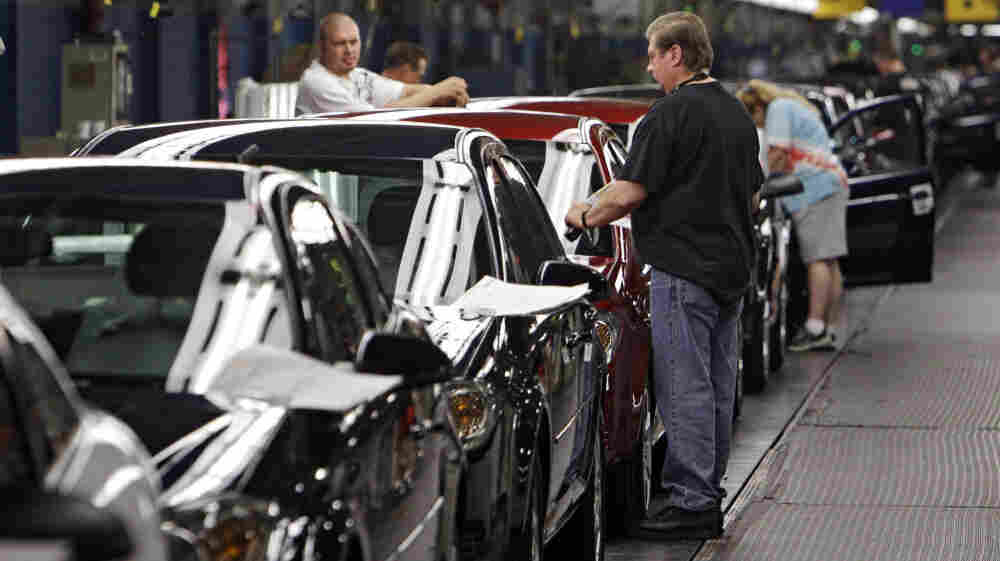 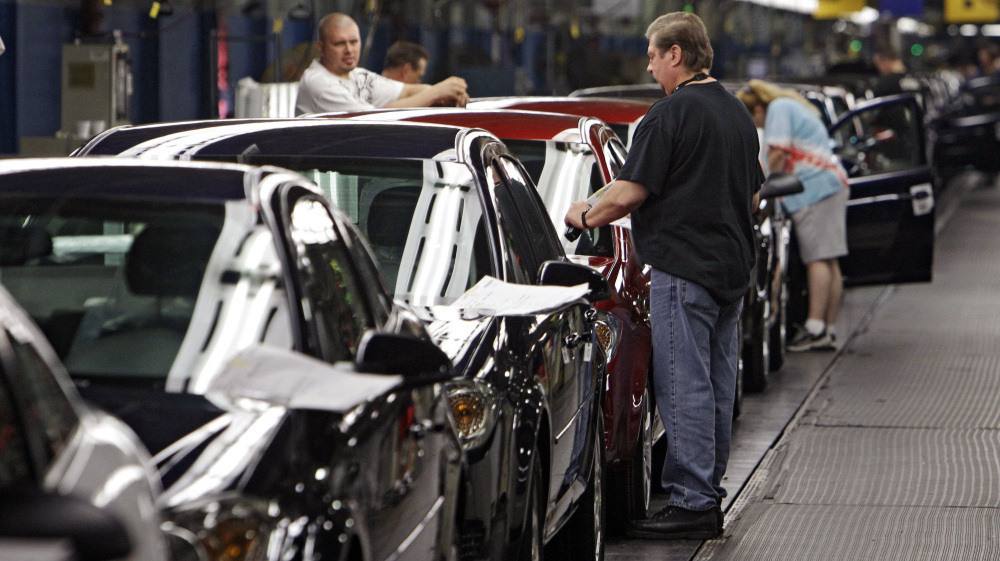 In a file photo, workers at General Motors' Lordstown Assembly plant in Lordstown, Ohio put the final touches on 2011 Chevrolet Cobalts. The weakening dollar will allow U.S. automakers to export at a financial advantage.

The dollar has been falling relative to other currencies, making buying imports more expensive in the U.S. On the other hand, it also means U.S. exports are more competitive around the world.

That shift could be good news for U.S. manufacturers, especially the auto industry.

"The weak dollar is good for manufacturers in the U.S., whether they're the Big Three or German or whatever, because they can export at an advantage," says Michelle Krebs, an analyst for Edmunds.com.

That advantage makes the U.S. a good place to manufacture goods, and that's after decades of manufacturing fleeing abroad.

Made In The U.S.A

"Well, I think it surprises that the U.S. is a good manufacturing base," Krebs says. "Look at all the industries that we've lost, but the automobile manufacturing base is still strong. We're attracting automakers from around the world to make cars in the United States.

Not only is the dollar weakening, but currencies such as the Yen have been gaining strength, furthering the imbalance.

BMW, Toyota, Subaru, Honda and others are expanding production in the U.S. Volkswagen also just opened a plant in the Chattanooga this summer.

Krebs says that not only are BMW and Volkswagen building cars here to sell in the U.S., they're exporting cars from the U.S. too.

"Well, even if the dollar shifts against other currencies, you're not going to just stop manufacturing — because these are multi-billion dollar investments that they make," she says. "They've set up supplier networks and export logistics. So they're not just going to [change that tomorrow]."

For the long term, Krebs says, it's good for American workers and good for the American economy because all that money is generated in the U.S.

A World Demand For U.S. Supply

"The bad thing about having a weak U.S. dollar is that import prices are more expensive," says Gregory Daco, an economist with IHS Global insight.

You could say that the dollar is one [of] the last plugs that keeps the boat afloat.

What we're seeing now is that the dollar is at a historically low level when compared to the last 30 years, Daco says. The lower the U.S. dollar, the lower the buying power for U.S. consumers. That means those usually cheap imported products you get at your friendly neighborhood big box store become more expensive.

As the U.S. limps its way through a sluggish recovery, Daco says, the economies in places like Brazil, Russia, India and China are still growing and our products are getting more and more attractive to them.

As Americans' confidence and spending ebbs and flows, Daco says, the demand for U.S. goods elsewhere in the world can keep the American economy going.

"You could say that the dollar is one [of] the last plugs that keeps the boat afloat." Daco says he thinks that plug in the leaky boat will hold,