Accessibility links
In WWII, Reindeer Were Our Animal Allies Of World War II's many fronts, the one you've probably never heard about was the theater of war in the Arctic. Shipping via the embattled supply route there might have been impossible had it not been for animals better known for helping Santa than the Allies. 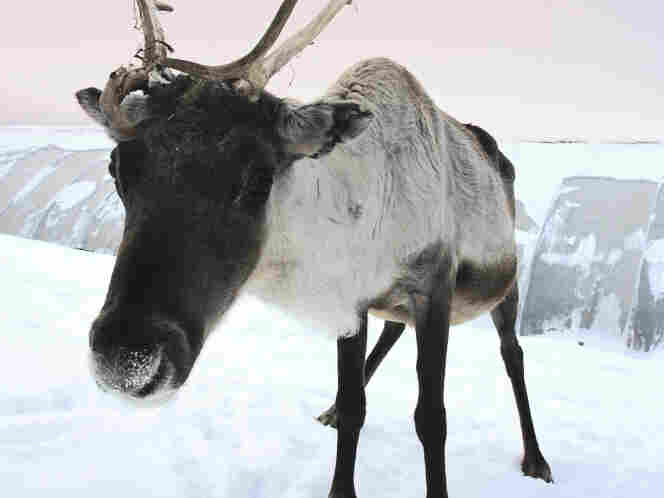 Only the U.S. and Britain had fully mechanized militaries, historian Tim Francis says. Most other European allies used horses or donkeys to help move supplies. Or, as in the North, reindeer. VikaValter/istockphoto.com hide caption 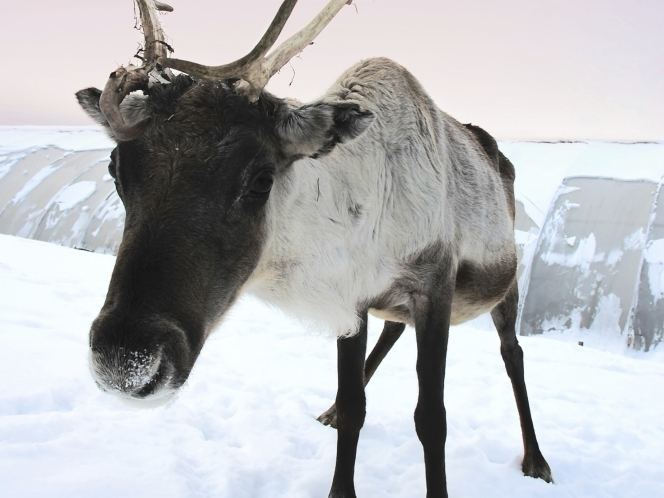 Only the U.S. and Britain had fully mechanized militaries, historian Tim Francis says. Most other European allies used horses or donkeys to help move supplies. Or, as in the North, reindeer.

Of World War II's many fronts, the one you've probably never heard about was the theater of war in the Arctic. Combat there centered around a crucial supply route that stretched from North America to the Russian port city of Murmansk, across the border from the northern tip of Norway.

"It was not the easiest route," U.S. Naval historian Tim Francis tells NPR's David Greene. And it might have been impossible if it weren't for help from some of Santa's friends.

About 25 percent of war supplies and munitions manufactured in North America were shipped across the Arctic to America's Soviet allies in the war. The supply route was under constant siege from the harsh elements — and from German enemies.

"German planes would fly out of Norway. Battleships would attack on the surface. And then you had U-boats that could attack from undersea," Francis says. "So they were being attacked from all three directions."

The Allies lost maybe 100 ships on that route, he ads, carrying everything from trucks to cigarette rolling papers. But the supplies that made it to port in Murmansk still needed to be hauled to the battlefront.

Bring in the reindeer.

Once those supplies were offloaded in Mumansk, reindeer hauled them to the battlefront.

"The reindeer were pack animals," Francis says. "Anything that would work to get stuff to places where people could use it. It makes perfect sense."

"People think of mechanized armor divisions — Patton and Sherman, tanks and all," Francis says, but it was only the U.S. and Britain that had fully mechanized militaries. Animals were crucial to the war effort.

"The majority of ground combat in Europe among the Axis — and certainly the Soviets — was done with infantry on the ground using horses and donkeys. And in the north, it would be reindeer."

Across Europe in World War II, Francis puts the number of animals Allies in the millions. Today, the city of Murmansk hasn't forgotten its part in that history.

Galina Kulinchenko, director of the Lovozero Museum near Murmansk, says reindeer were so valuable in the war effort they should be particularly honored.

"During the war years, there were no roads, impenetrable thickets, bogs," she told Greene. "We have many monuments dedicated to our defenders, soldiers — to people. But reindeer — I think we should put up a monument to our reindeer."