Accessibility links
Low Rates Alone Not Reviving Housing Market The turmoil in the financial markets has pushed mortgage rates close to the lowest levels on record. But many Americans can't qualify for refinancing, and analysts say the government needs to step in to help. 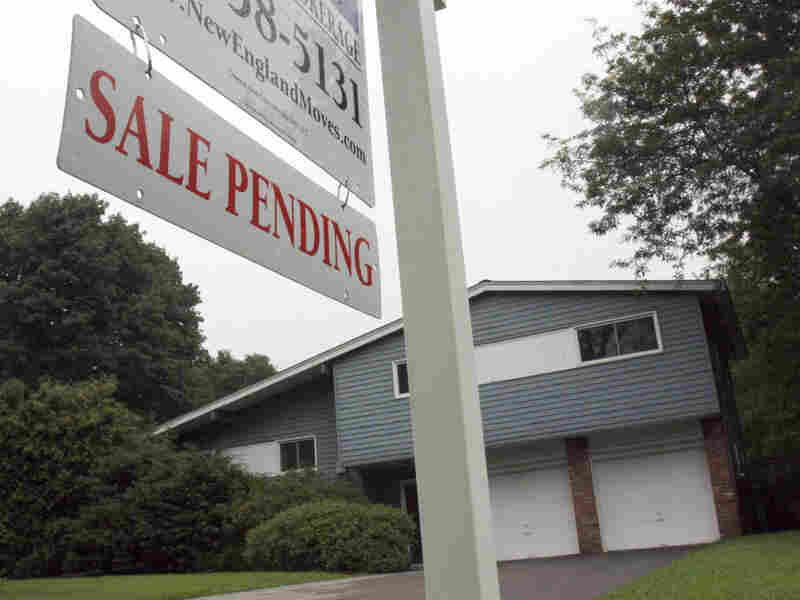 Near record low mortgage rates are good news for the few who can afford to buy a home or are able to refinance. But the rates have done little to lift the ailing housing market. Bill Sikes/AP hide caption 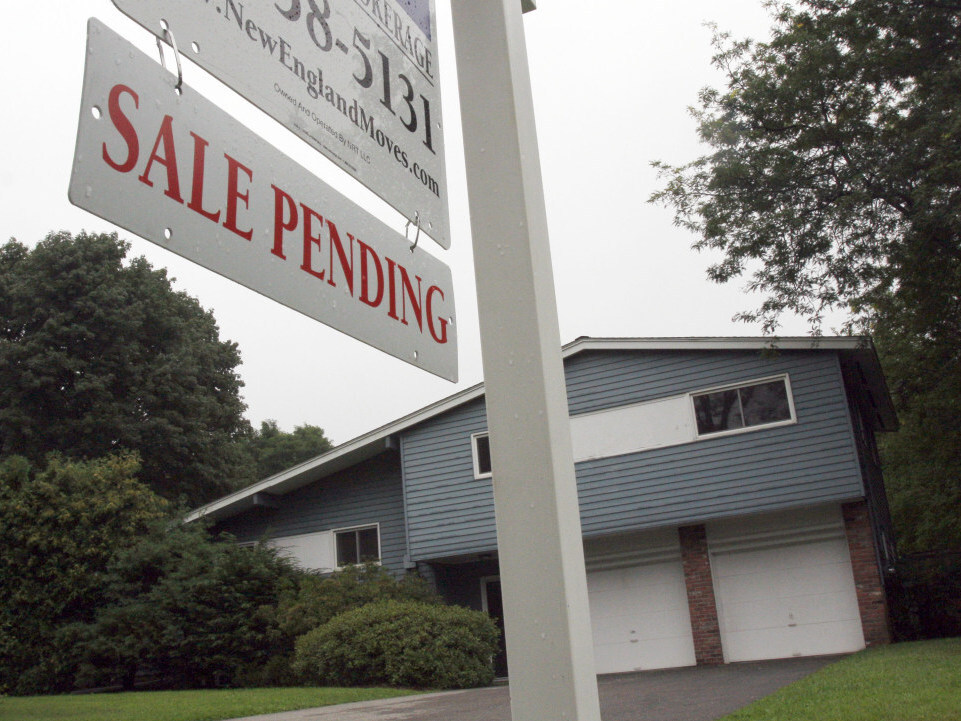 Near record low mortgage rates are good news for the few who can afford to buy a home or are able to refinance. But the rates have done little to lift the ailing housing market.

The turmoil in the financial markets has been pushing mortgage rates lower. Thirty-year fixed-rate mortgages have now fallen to about 4.3 percent, which is very close to the lowest level on record.

But many Americans can't qualify for those low rates, and analysts say these historic interest rates aren't likely to do much to help the housing market.

That is, unless the government intervenes.

Millions of Americans could be putting hundreds of dollars of spending money in their pockets every month, if only they could refinance their home loans. But about half of U.S. homeowners can't.

"Basically, we're not qualifying any new people," says Guy Cecala, publisher of Inside Mortgage Finance. "Ironically, the people who are looking to refi are the people who may have refied two years ago and qualified."

So maybe they can save a little more money refinancing again.

"We're certainly not picking up anybody who's been sitting on the fence for three years and suddenly waking up and saying, 'Woah, maybe I should go refi,' " Cecala says. He says there are many people who've been locked into higher interest rate loans for many years now.

Cecala explains that in order to get the lower rates, you need very good credit, and your house has to be worth 20 percent more than what you owe on it.

So with falling home prices, many people with decent jobs just don't have enough equity.

If you're going to do something about housing, you should make it available to everyone. And some kind of national refinancing program, I think, would be kind of nice. You allow all and any homeowners to refinance at low interest rates with no penalties, etc.

"We're pretty much stuck with the well-heeled borrowers that have a bunch of equity in their home — those are the people who are able to capitalize on low rates," Cecala says.

But he is hoping that the precarious economic situation right now might rekindle some interest in Washington, D.C., to do something to help homeowners. And more support may be in the works for the housing market.

"We're seeing renewed calls from many circles, and the administration is again looking for creative solutions to the housing problem," says Chris Mayer, a housing economist at Columbia Business School.

"Until we solve the housing problem, we're not really going to see the economy recover," he adds.

Mayer and his colleague Glenn Hubbard have, for some time now, been calling for a plan to boost the economy and the housing market by helping people refinance — people who can't qualify on their own.

"Under our proposal, we would love to help 25 million families save hundreds of dollars a month on their mortgages and help get out of their financial problems," he says. "This would be a big positive effect on the economy in terms of consumer spending. And it would reduce the incentive for people to walk away from their mortgages."

Mayer says Fannie Mae and Freddie Mac are already on the hook for these millions of home loans, and the government already guarantees the loans.

"We should reduce the risk of those mortgages by extending a guarantee to a new mortgage that somebody would get at a lower interest rate," he says.

Critics say mortgage bond investors wouldn't make as much money if they didn't keep collecting the 7 or 8 percent interest rates that some borrowers are stuck paying.

And they say the plan may not be fair to investors. But with the weakening economy, a growing number of economists are saying the government should be taking some kind of new action to stimulate growth.

"This is the worst time imaginable to have fiscal austerity," says Martin Barnes, the chief economist at BCA Research, an investment research firm. "You do not normally follow a path of fiscal austerity when the economy is skirting the edge of recession."

Barnes says that in the long term, the U.S. needs to lower its national debt. But in the short term, he says, the government should be engaged in stimulus, including something to stabilize housing.

"If you're going to do something about housing, you should make it available to everyone," he says. "And some kind of national refinancing program, I think, would be kind of nice. You allow all and any homeowners to refinance at low interest rates with no penalties, etc."

One advantage of a big refinancing program is that it would be a long-term stimulus. Homeowners would be saving thousands of dollars a year, for many years to come.

And there appear to be at least some officials in Washington who would support a move like that.