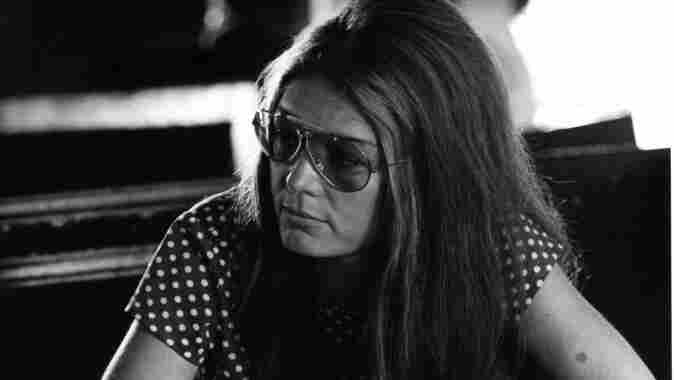 Gloria Steinem is the subject of the HBO documentary Gloria: In Her Own Words. Jenny Warburg/HBO hide caption 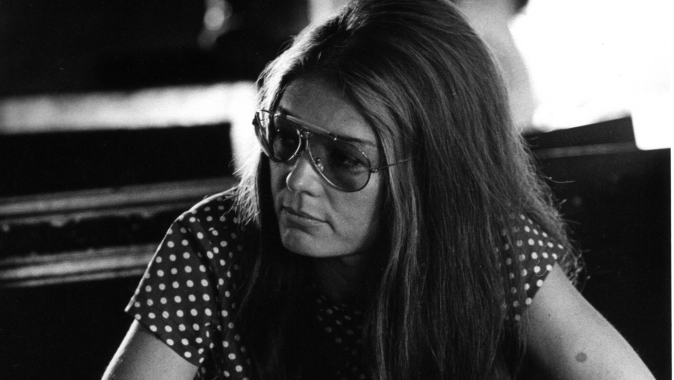 Gloria Steinem is the subject of the HBO documentary Gloria: In Her Own Words.

HBO premieres a documentary tonight at 9:00 p.m. called Gloria: In Her Own Words, which features activist Gloria Steinem discussing her career in both journalism and feminism, her memories of the women's movement of the 1960s, and the birth of Ms. magazine. And they are, indeed, her own words. There are no other voices outside of those found in archival footage — perhaps Barbara Walters asking her to tap dance during an interview or Harry Reasoner confidently predicting Ms. would never last more than a few issues. Why? Because they'd said everything there was to say about feminism in the first issue, and he couldn't imagine what else there was to write. (He ate crow later.)

So it's not a debate about her, or about the women's movement, or about the ERA. It's Steinem as a storyteller and a chronicler of her own history as a sometimes uncomfortable icon.

I say "uncomfortable" in part because one of the most interesting parts of the film concerns Steinem's relationship with her own image. She was, when she emerged as a young activist, noticed in part because she was young and very pretty. Even "glamorous," perhaps. It was then (as it is now) popular to portray feminism as the province of ugly women — to argue that the only women who sought a new arrangement were those who couldn't succeed in the existing arrangement, in which success for women was often defined as marrying well. (Someone once said this to my own mother, who was by then a bold and accomplished teacher: "You're a successful woman — you're married!")

Gloria Steinem, who had what she describes as an active sex life that she didn't conceal, presented a perplexing picture of feminism for those who, she says, perceived it as humorless, anti-fun and anti-sex. Her streaked hair (which she chalks up to her love of Audrey Hepburn in Breakfast At Tiffany's) and aviator glasses were stylish, and that made her unexpected — not rare, not really, but unexpected for people whose image of "women's libbers" wasn't particularly (pardon the pun) broad.

But while she understands that presenting a different image may have been helpful at times, she also deeply resented having her successes chalked up to her appearance. (Which makes me feel a little guilty about pointing out how utterly amazing she looks at 76 years old, but it's really quite striking.) Being pretty was very much a double-edged sword, and that discussion alone would make the film worth seeing.

For women who grew up after that time, though, it's also fascinating to hear her talk about her early career: sleeping on friends' floors because it was so difficult for single women to rent apartments, putting up with an editor who propositioned her regularly, and being stuck with a lot of feature writing about stockings and nightlife before she had a chance to write about the things she cared about. It's positively bizarre to see film of a guy on the evening news editorializing that the women's movement is going to ruin everything, because it threatens female beauty, and the adoption of the miniskirt was our greatest ever achievement in "urban beautification."

Somebody said that. On the news.

There are other worthy tidbits: a marvelous dirty joke from Bella Abzug that cheered Steinem up after an obscene painting of her appeared near the Ms. offices; the poignant story of her late-in-life marriage; a few reflections on her famous Playboy Bunny assignment; her surprisingly fresh memories of being attacked in a piece in Esquire; some thoughts about her sometimes prickly relationship with Betty Friedan.

Gloria: In Her Own Words is certainly not for people who can't stand Gloria Steinem, or who are looking for a more searching critique of the arm of the women's movement in which she was involved. It is unapologetically admiring of her accomplishments, and it would be deeply disingenuous to suggest otherwise. But while there's certainly a point of view to it, there are some good stories here. It isn't a complete history and doesn't aspire to be, but it's an interesting piece of the puzzle.