Accessibility links
BART Defends Cutting Off Cell Service In Subway Authorities in San Francisco had to shut down several city subway stations Monday after demonstrators tried to stop a train from leaving a downtown station. They were protesting last week's decision by the Bay Area Rapid Transit agency to shut down cellphone access in the subway to prevent a protest. 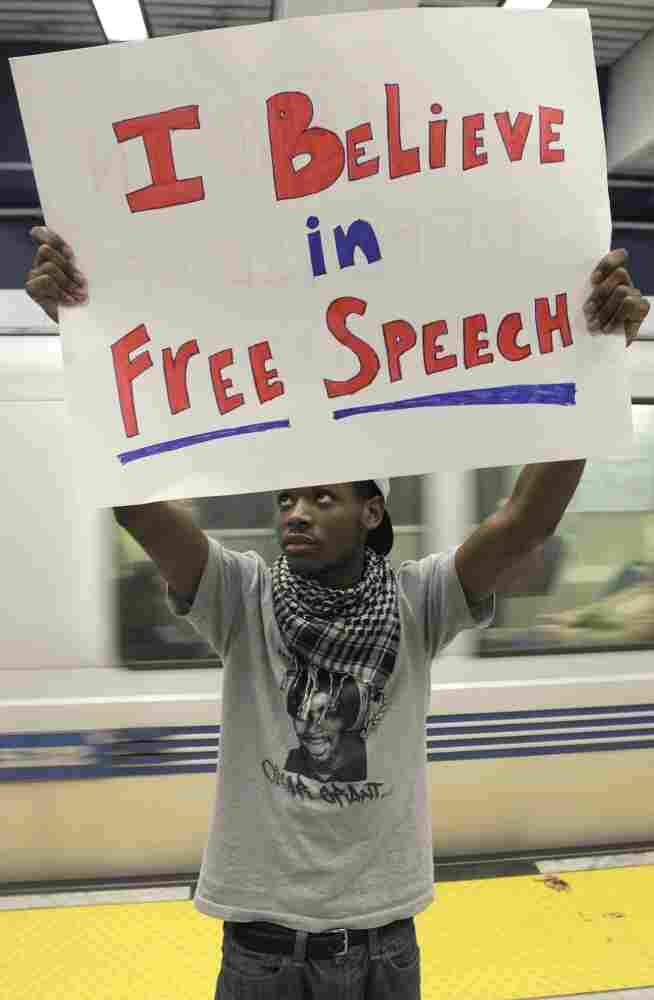 Jevon Cochran protests in front of a BART train at the Civic Center station in San Francisco on Monday. Jeff Chin/AP hide caption 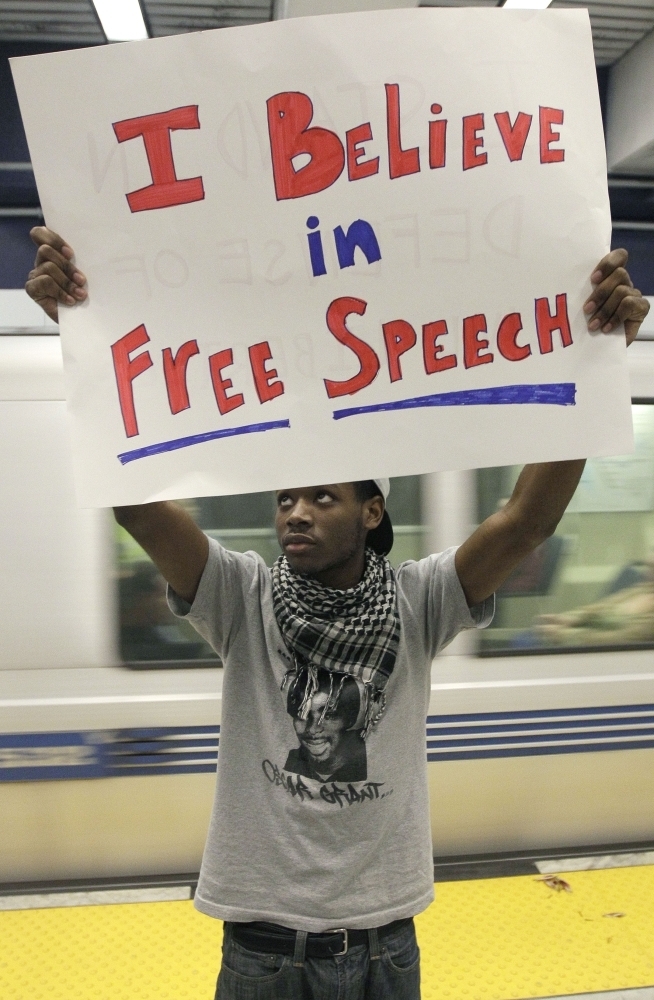 Jevon Cochran protests in front of a BART train at the Civic Center station in San Francisco on Monday.

Authorities in San Francisco had to shut down several city subway stations Monday after demonstrators tried to stop a train from leaving a downtown station.

The protesters were upset that last week the Bay Area Rapid Transit agency shut down cellphone access in the subway to prevent a protest.

BART police have been the target of protests over alleged brutality. Most recently, two BART officers shot Charles Blair Hill, a transient man they said threatened them with a knife.

That shooting is one of the reasons Jevon Cochran has attended protests.

"They could have detained him in a nonlethal fashion, but they chose to shoot and kill him," Cochran says.

On July 11, protesters who agree with Cochran stormed a BART station and tried to stop a train from leaving. When transit authorities heard there was another protest scheduled last week, they cut off cellphone service in the subway to interfere with the organizers.

And that is what brought many of the protesters out for Monday's demonstration. Anastasia Lozano-Garcia says BART acted like an authoritarian government in a country like Egypt.

"When Hosni Mubarak decided to basically flip the switch and muffle people that were out trying to turn over his regime, and this essentially is what has happened here at BART when they decided to flip their switch," she says.

About a half-hour into the latest demonstration, protesters once again tried to stop a train from leaving the station. BART police cleared them out, but this time BART did not shut off cell service.

The agency faced a lot of criticism for its actions last week. Civil liberties groups such as the Electronic Frontier Foundation and the American Civil Liberties Union challenged BART on First Amendment grounds.

Lynette Sweet, a member of the transit agency's board, said it is not BART's "job to censor people."

But Linton Johnson, a spokesperson for BART, defends the agency's right to act when it knows cellphone service will be used to do something illegal.

"We were forced into a gut-wrenching decision of how we were going to stop it given the propensity of this group to create chaos on the platform," he says.

Johnson says the group's website said it planned to break the law. So, BART authorities had to weigh rights.

"This is not a restriction on people's rights to free speech," Johnson says. "This is, in fact, an enhancement of their right to safety."

The question is whether cutting off cellphone service is the right way to combat the problem.