Accessibility links
New Republic: Embracing His Inner Truman President Obama has kicked off his bus tour just as the political landscape has started to get interesting. Jonathan Cohn of The New Republic thinks the president has found his inner Harry Truman — but don't jump to conclusions just yet. 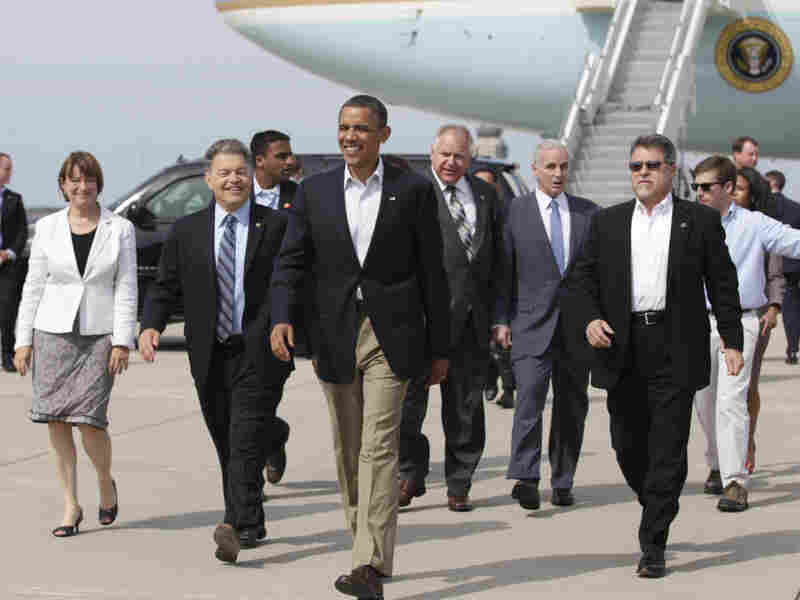 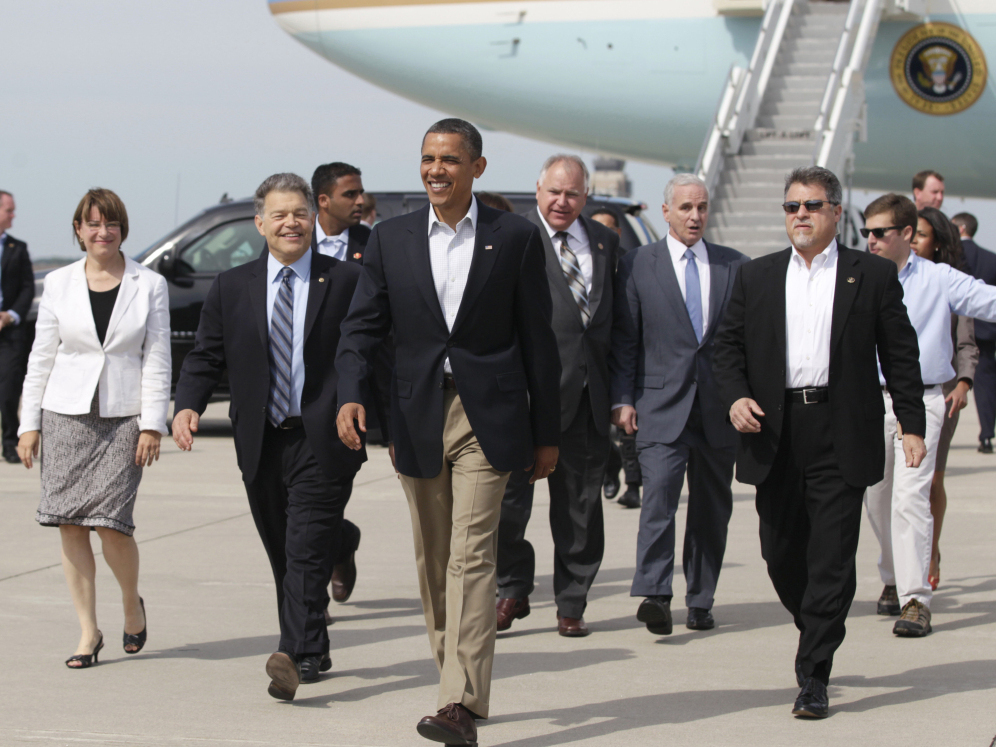 Read Another Theory About Economic Rhetoric From The Weekly Standard

It looks like President Obama really has found his inner Harry Truman, at least for the moment. On Thursday, Obama travelled to Holland, Michigan, to speak at a factory that manufactures batteries for electric cars. And, at least by Obama's standards, the rhetoric was unusually combative, as he attacked Congress repeatedly for blocking his economic agenda: "There are some in Congress right now who would rather see their opponents lose than see America win," Obama said.

The substantive focus was different, too. He spent a lot of time talking about the need to reduce deficits, as he always does, but he also spent a lot of time talking about jobs and the need to create more of them. He asked the audience to call their lawmakers, and demand they pass bills to finance road construction and to extend a payroll tax holiday. Then he told the audience to expect more White House proposals, all focusing on unemployment. "I'm going to keep after every idea and every serious proposal to help us grow this economy," Obama said, "until everybody who wants a job can find one."

On Monday, at a town hall in Minnesota, Obama invoked the same themes and then, during the question-and-answer session, did something that politicians of national stature rarely do anymore. He defended the idea of government:

That's good stuff and, perhaps, a hint of what's to come. Senior administration officials continue to disagree with liberal critics over the merits of the debt ceiling deal, arguing that it was the best possible deal under the circumstances. And a chief virtue of it, they say, is the way it altered the political balance of power. As long as Republicans had the ability to block a debt ceiling increase, the administration's argument goes, Republicans had the upper hand in any fiscal policy negotiations. Now, they say, Obama has taken that power away from the Republicans by demanding they increase the debt ceiling enough to last through 2013. It was one demand Obama never relinquished, despite considerable pressure.

But the question is what Obama intends to do with his new leverage. For Kremlinologists, the signs are mixed. A pair of columns by very senior and well-connected Washington journalists suggests the administration really has adopted a new, more aggressive posture. One of the articles, by John Harwood in the New York Times, reports that Obama rejected and then revised an early draft of that Michigan speech because it wasn't sufficiently tough on the Republicans. The other, by E.J. Dionne in the Washington Post, predicts Obama will act like Truman famously did at the end of his first term, demanding that Congress take action on his jobs agenda — and attacking them if they won't. Although Dionne doesn't identify a specific source for those musings, senior administration officials have been using the analogy for at least the last week or so.

But another article, a reported piece in the Sunday Times, described a split among White House advisers. That article suggested that Obama's economic counselors, led by National Economic Council chairman Gene Sperling, are squarely behind the jobs agenda, while Obama's political advisers, including strategist David Plouffe and Chief of Staff William Daley, prefer Obama concentrate more on deficit reduction and further burnish his image as a post-partisan leader. Among the article's more alarming passages: A suggestion that Plouffe and Daley were making policy arguments, even though their position, as reported, would be at odds with most experts. Keep in mind that Plouffe and Daley, between them, have as much formal economics training as I do: None.

You want to be careful reading too much into articles like these, because they don't always capture the nuances of internal deliberations. (Take it from somebody who has written a few such articles and gotten the nuances wrong.) And on Monday, a senior administration assured Greg Sargent that "Plouffe and Daley have been big proponents of the sort of messaging that you saw from the President's Country before Party speech in Michigan." Still, the tension between conflict and compromise, between partisanship and post-partisanship, is obviously real. It was even evident at the Michigan and at Minnesota appearances, which for all of their spirited excoriations of Congress conspicuously avoided one word: "Republican." (He uttered the term twice at the first event and once at the second, in each case to note that proposals he supported had in the past garnered Republican support.)

That's an intentional decision and, perhaps, a politically logical one. I imagine that criticizing "some in Congress" tests better with focus groups than criticizing Republicans by name. But will that mentality prevent Obama from drawing the lines he needs to draw? Will it limit policy ambitions or constrain his legislative tactics in the coming months? Those are the critical, if complicated, questions. Truman gave more than two speeches, after all.