Accessibility links
Understanding Why Students Love 'Getting Wasted' In Getting Wasted, Ohio University professor Thomas Vander Ven asks why Americans have come to see college and drinking as synonymous. 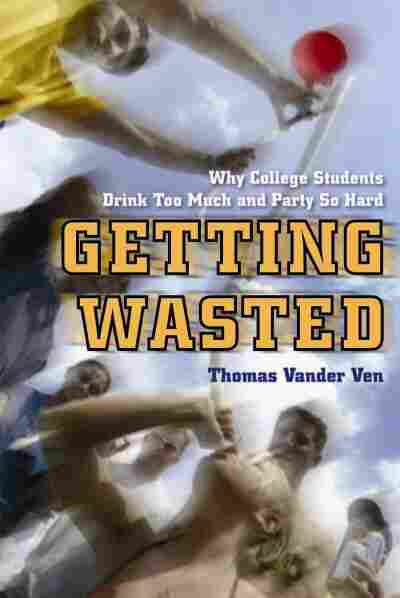 Why College Students Drink Too Much and Party So Hard

Ohio University professor Thomas Vander Ven has observed his share of student drinking in the college town of Athens, Ohio. He tells NPR's Neal Conan that there's plenty of anti-student sentiment among the local residents; the prevailing attitude is that college kids are drunken fools who vomit in the streets and have risky, casual sex.

But why, he asks, have so many young people come to see college and drinking as synonymous?

Vander Ven spent seven years asking kids to explain why they drink so much — and so frequently — particularly when wild nights often end so badly.

In Getting Wasted: Why College Students Drink Too Much and Party So Hard, the anthropologist and sociologist explains what he learned.

On why it's important to see drinking as a social, not individual, activity

"They're drinking in groups, and that's part of why I documented the research. Most of the research on college drinking ... surveyed individuals and asked them how much they drink, and when they drink and what are the consequences.

"Well, as a sociologist, I suspected that drinking is a collective activity. Students work together to decide when to drink, and how much to drink. And they also help each other out and mange their drinking episodes. So when things go wrong, there's a lot of collaboration. ... So I think as a sociologist I wanted to see drinking as a social process, and not an individual event."

On the thrill of social drinking

"When you have a lot of young people together drinking to intoxication, for some of them, they feel it's fun. Because anything can happen; inhibitions are down; people say and do things that they wouldn't normally do. They're more courageous, more socially dexterous; they're able to approach people that they're interested in romantically or sexually; and they kind of take their guard down.

"One of my respondents says alcohol 'takes a few bricks out of the wall.' What he's saying is it allows him to do and say things that he would not normally do. So it does create a world of adventure for them.

"... Make no mistake about it, there are horrible things happening in the drinking scene. But they are having fun. They're having adventures. They're creating war stories. So I just don't think they're pressured or ... feel like they have to do this. They're getting something out [of] it."

On how young drinkers look out for one another

"After seven years of research on this, the thing that troubled me most ... is the risk for sexual victimization. But you know, when I talk about this as a social process, one of the things that I came to appreciate was the very high level of informal social support that's occurring in the drinking scene.

"Drinking partners look out for each other. So when it comes to sexual victimization, one of the things that they do is step in when they see a friend who's too intoxicated and leaving a party with somebody. They'll escort their friends home. ... They have little games and signs that they use with one another to say, 'Get this guy away from me,' that sort of thing.

"Those risks are certainly there, and the students are well aware of that. And there is that support there to help each other out."

On why students continue to drink, even when things go badly

"One of my questions was, why do they continue to do this, when so much can and does go wrong? Getting sick, getting arrested, getting in fights and all that. My data sort of suggests that part of the reason they continue is because of those things that go wrong.

" 'Drinking crises' is what I call it, when somebody gets arrested, or sick, or upset over a relationship or something. Their co-drinkers will mobilize and help each other out, and there's a payoff. It feels good to be supportive. It feels good to be supported. And these are emerging adults, who are sort of trying on adult roles. They're taking care of each other, maybe in a way — in an adult way — that they haven't before. So ... when things go wrong, there's a payoff in the way that they take care of each other. Unfortunately, that probably facilitates some of the heavy drinking too."

Read an excerpt of Getting Wasted