Accessibility links
The Addictive Appeal Of Bananagrams Bananagrams is an anagram puzzle built for speed — think of Scrabble with no board or complicated scoring. And despite a down economy and heavy competition from smartphone apps, the company that makes the game is thriving. 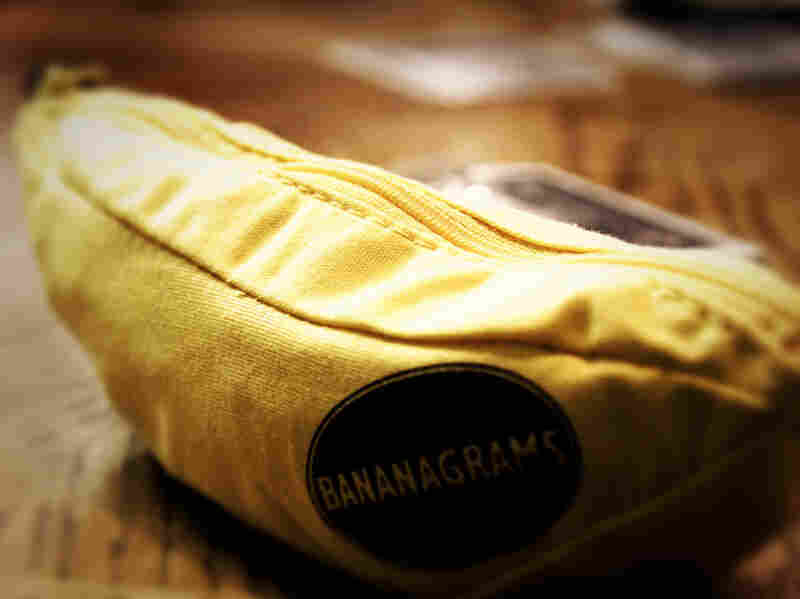 A Bananagram pouch holds 144 tiles, which are used to form words in a Scrabble-like formation — but without a board. Flickr/number657 hide caption 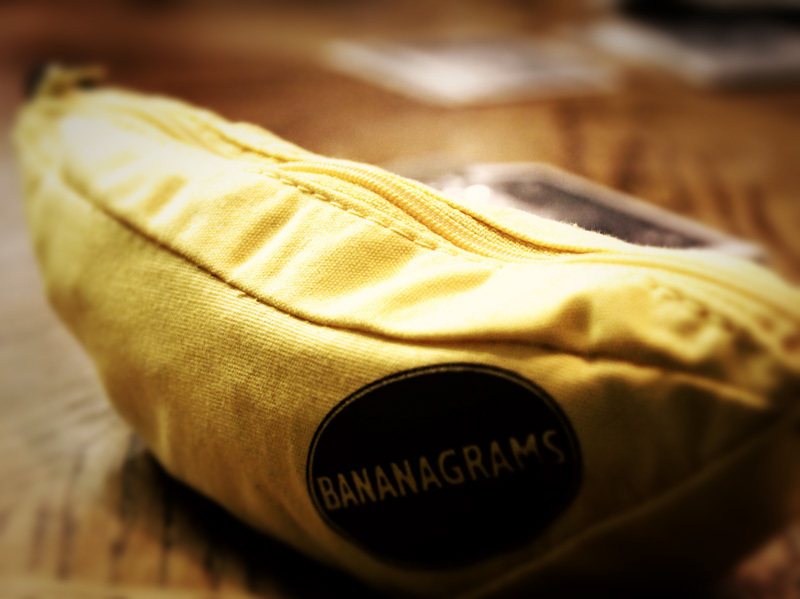 A Bananagram pouch holds 144 tiles, which are used to form words in a Scrabble-like formation — but without a board.

A game out of Rhode Island is fast becoming a major player in the board game industry. Bananagrams is an anagram puzzle built for speed — think of Scrabble with no board or complicated scoring. And despite the down economy, the company that makes the game is thriving.

The first time Seth Snyder played Bananagrams, he became an addict. It made sense — the 25-year-old industrial designer is into word games and puzzles. But nothing else had him this hooked.

"A year ago, I'd never even heard of the game," Snyder says. "And then I think my friend Joshua brought it over, and he took it out and taught us how to play, and it was just super fun."

On a recent night, Snyder and eight of his friends crowd around his kitchen table. It's elbow-to-elbow with scant space for the beers. All the players are geared up to play Bananagrams.

"How many letters should we get? Seven? Or 11?" Snyder asks.

"Well, that's the beauty of the game," a friend chimes in. "We can do whatever you want!"

Here's how it works: Scrabble-like tiles come in a banana-shaped pouch. The tiles are dumped on a table, and each player draws a set number of tiles from the center to form words that connect with each other. After players use all of these tiles, they continue to draw from the center until no tiles are left.

The first person to form words with all of his or her drawn tiles yells — appropriately — "Bananas!" and wins.

Snyder and his buddies usually play late into the night or until someone falls asleep. They say it's hard to stop playing. 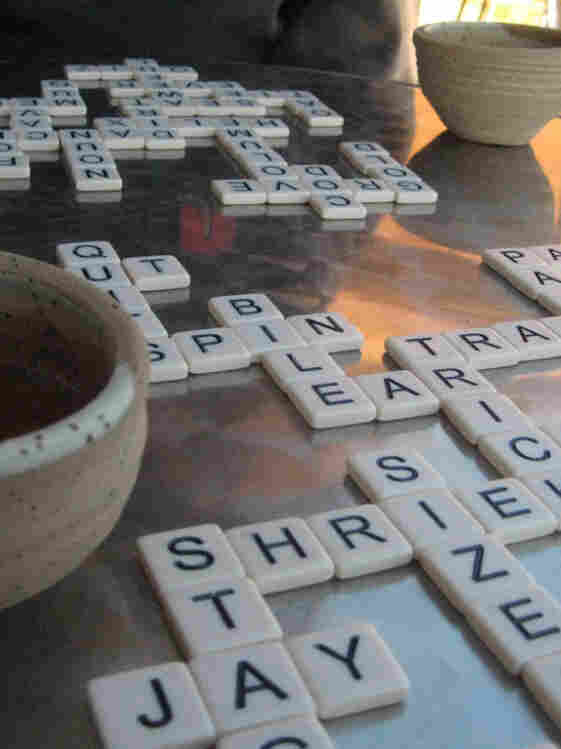 Players form words from a pile of tiles in the center. Once all the tiles have been picked, the first to finish yells "Bananas!" Flickr/moonlightbulb hide caption 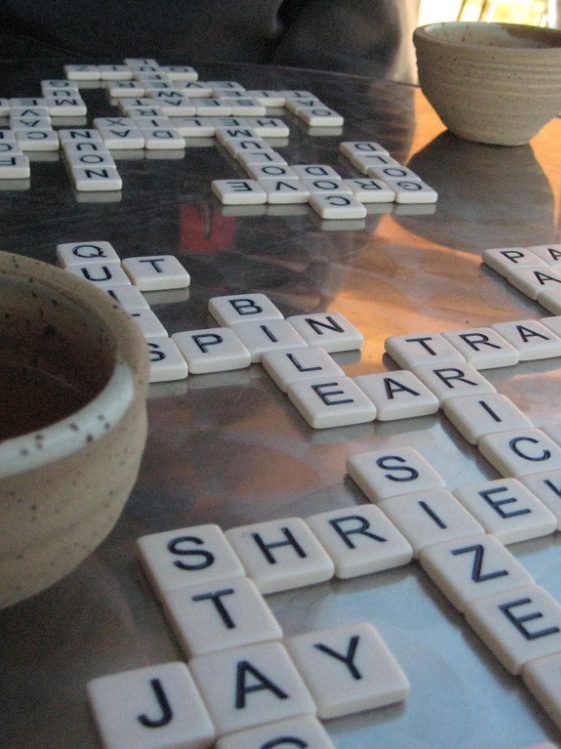 Players form words from a pile of tiles in the center. Once all the tiles have been picked, the first to finish yells "Bananas!"

That's just what Rena Nathanson and her late father were looking for when their family invented the game at a beach house in Narragansett, R.I., six years ago.

"We wanted a game that we could play faster than Scrabble," Nathanson says.

Her father, Abe, had been frustrated by the slow, plodding nature of Scrabble. But he loved word games, so he ditched the board, took the tiles and began to form and reform words. The family joined in and acted as guinea pigs for the game, creating the basic rules as they played.

"We came up with the game Bananagrams, and we started playing it just with friends and with family, and we became very addicted to it," Nathanson says.

The family had some games made for local toy stores, and they immediately sold out. Then, in 2006, the Nathansons launched the game at the London Toy Fair.

"We thought it would be sort of successful, you know, and a little bit popular," Nathanson says. "But ... we really had absolutely no idea what a phenomenon it would become."

So how many of these Bananagram pouches have been sold?

"These little yellow Bananagram pouches — there [are] probably around 5.5 million floating around the world today," Nathanson says.

Bananagrams is bucking the trend of most board game sales, as smartphone games are growing. Hasbro saw its games and puzzles division drop by 12 percent over the past three months, while Angry Birds just passed 300 million downloads.

Adrienne Appell, spokeswoman for the Toy Industry Association, says she thinks Bananagrams will continue to flourish, citing its mass appeal.

"Bananagrams is really turning into a classic game," she says. "Although it was only introduced in the last couple of years, it's really starting to have that stature of a long-lasting game that we envision will be played by generations of kids to come."

Bananagrams — the name of the company that makes the game — now sells variations for younger players in pouches shaped like apples and pears.

And yes, there's a Bananagram app, too — in case bird flinging gets old.