Accessibility links
There's Always Work At The Post Office? Maybe Not The U.S. Postal Service proposed this month to cut 120,000 jobs. Guest host Tony Cox speaks with two former postal workers about what the USPS means to them, whether Americans still need the post office like they used to, and what the the future of USPS may entail.

The U.S. Postal Service proposed this month to cut 120,000 jobs. Guest host Tony Cox speaks with two former postal workers about what the USPS means to them, whether Americans still need the post office like they used to, and what the the future of USPS may entail. 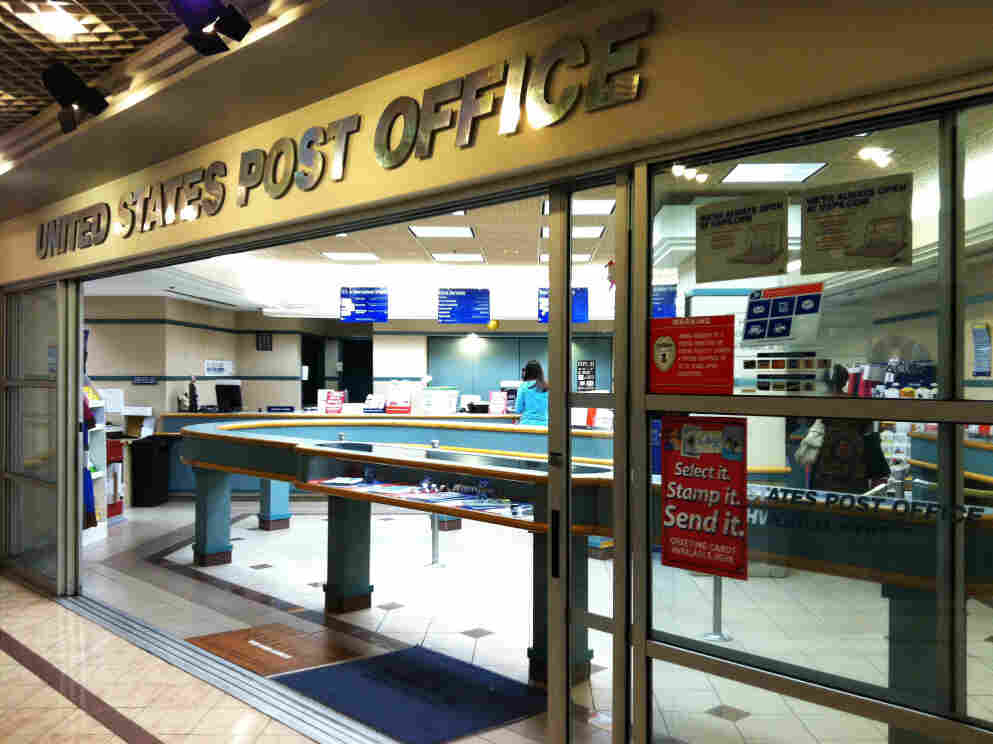 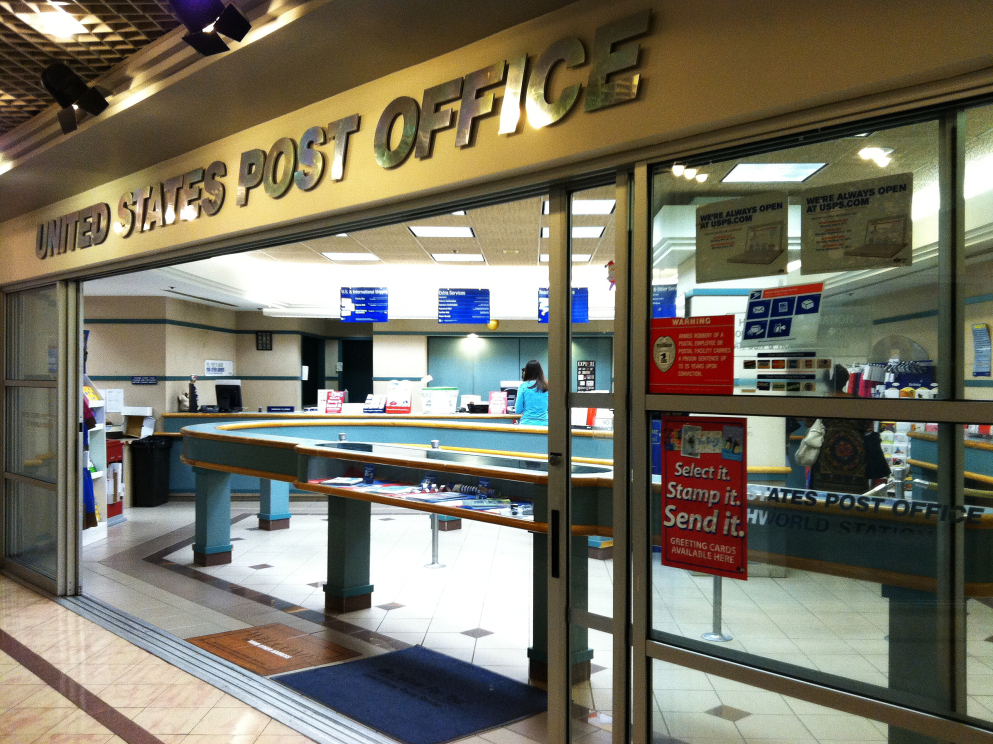 TONY COX, host: A job with the US Postal Service used to represent a steady paycheck with solid benefits, and for many, particularly those coming from economically disadvantaged neighborhoods, it was the job guaranteeing a pathway into America's middle class.

But things have now changed, partly due to technology and the struggling economy, and as a result, the Postal Service is considering cutting 120,000 jobs. The plan also calls for big changes to health benefits and retirement plans.

Here to talk more about this are Philip Rubio, assistant professor of history at North Carolina A&T University and a former postal worker.

Also joining us is Jimmy Mainor. He worked as a postal worker for nearly four decades and currently serves as executive vice president for a local branch of the National Association of Letter Carriers, a union that represents postal workers in North Carolina.

Gentlemen, welcome to the show.

JIMMY MAINOR: Thanks for having me.

COX: Jimmy, I'm going to begin with you. You started off working for the Postal Service in the early 1970s. Why did you go there and what did it do to and for your life?

MAINOR: Well, I had gotten out of the military and taken the postal exam. And I was actually going back to school at night school here at North Carolina Central and I got an invitation to come to the post office and so I came in April 14, 1973 and I stayed until December 31, 2010.

COX: Well, do you think, or do you think a lot of black people, and others, actually think that getting a job at the post office was a really good job and the best job that they could get at the time?

MAINOR: Absolutely. No doubt about that.

COX: Philip, you worked for the post office for a number of years, and then you left and now you have begun to research it. What is your concern about the proposed reduction in service and staffing with the post office?

But also, removing those jobs that Jimmy mentioned, like the job that I enjoyed from 1980 to 2000 that helped propel my family into the middle class, and most importantly, to provide service everywhere at a relatively low cost.

COX: Well, you know, a number of industries have downsized, particularly manufacturing, and while the post office was certainly an entree into the middle class for a number of people, times have changed. There is new technology now that replaces some of what the post office used to provide.

Speak to, both of you, if you can - you first, Philip. Do we need the post office the way we used to need it?

RUBIO: I think we do and, you know, the post office has adapted over the years. In the late 19th century, people predicted the demise of the postal service because of the telephone and with the fax machine in the 1950s.

The internet has been a challenge, but the post office is picking up new things. For instance, last mile delivery taking over when packages that are shipped UPS or FedEx and we still go to every home and every business in this country.

So even if your internet service provider shuts down, the post office is still there to deliver your mail to a government-protected mailbox. And in fact, 28 percent of Americans do not have Internet access, so there's still a lot of people relying on the postal service.

The postal service has also kept up with technology. The nation has increased the speed of the mail.

COX: If you're just joining us, this is TELL ME MORE. I'm Tony Cox and we are speaking with former postal workers, Jimmy Mainor and Philip Rubio, about the proposal to cut 120,000 postal service jobs.

Jimmy, from a union point of view, what do you think the union could do - give back, if that's the right way to say it - to keep the post office from having to make these cuts?

MAINOR: OK. First of all, Tony, in 2006, Congress mandated the postal service to prefund future health care retirees' benefits for 75 years and to do so within 10 years. And if you look at the bottom line, the post office actually had a net operating revenue without this onerous burden, which amounts to seven to ten percent of our budget each year.

And additionally, the postal service has overpaid both retirement accounts for FERS and civil service retirements anywhere from 50 to 70 billion dollars. And we're just asking Congress - we're not asking to pay the money back to us. Just give us credit for that money and if you go back to 2006, this has only been a problem since 2006, since the Postal Act that created this burden on us to pay $5.5 billion per year off the top to fund future retirees' benefit plan.

COX: Philip, let me bring the last question to you because our time is run out. Where do you see the future of the post office, briefly, five years from today?

RUBIO: Well, the post office has got to get through these scare tactics that unnecessarily are laying people off or proposing laying people off, essentially, breaking the union by getting rid of the no layoff clause and eliminating health care benefits and switching to cheaper plans.

Closing post offices - I know people are upset about that all over the country. I think it's going to take a lot of people waking up and getting the facts.

Now, that's not a hefty sum, you could say, but the post office's mission is universal service and to be self-supporting. It could do that if legislation went through Congress right now.

Stephen Lynch, the Democrat from Massachusetts, has proposed that HR1351 that would allow the post office to use surplus from its pension plans to prefund those benefits and not have to take it out of operating expenses because the post office actually still is a going concern. It's a myth that it's a dinosaur and that it should inevitably fall apart.

Jimmy Mainor serves as executive vice president of a branch of the National Association of Letter Carriers based in Durham, North Carolina. He, too, is a former postal worker.

They both joined us from member station WNCU in Durham, North Carolina. Thank you, gentlemen.

COX: In a moment, the R&B music landscape was full of popular groups, like En Vogue, Boyz II Men, SWV and Bell Biv Devoe during the '90s, but why is it a desert today?

UNIDENTIFIED FEMALE #1: It really boils down to simple math. It's so much less expensive to bring to market a solo artist than it is to bring a group to market.

COX: The disappearance and possible return of R&B groups. That's coming up on TELL ME MORE from NPR News. I'm Tony Cox.

COX: Despite being outlawed in Utah more than a century ago and illegal throughout the US today, polygamy continues openly in this country.

UNIDENTIFIED FEMALE #2: I live on a normal street in a normal house. I just happen to have two other women that I share my husband with.

COX: Our Faith Matters conversation on polygamy. That's next time on TELL ME MORE.

COX: I'm Tony Cox and this is TELL ME MORE from NPR News. Michel Martin is away.

Coming up, have you ever wondered whatever happened to all those chart-topping R&B groups from the '90s, like Boyz II Men, En Vogue or TLC?

In a moment, we find out why record labels and fans pressed pause on soul singing groups and whether R&B bands can make a comeback.