Accessibility links
Congress Told SEC Documents Were Destroyed A staff member at the Securities and Exchange Commission has complained to Congress that thousands of investigative documents have been destroyed by the agency, including some relating to huge investment banks. But an SEC spokesman says there's nothing wrong with how it handled internal records. 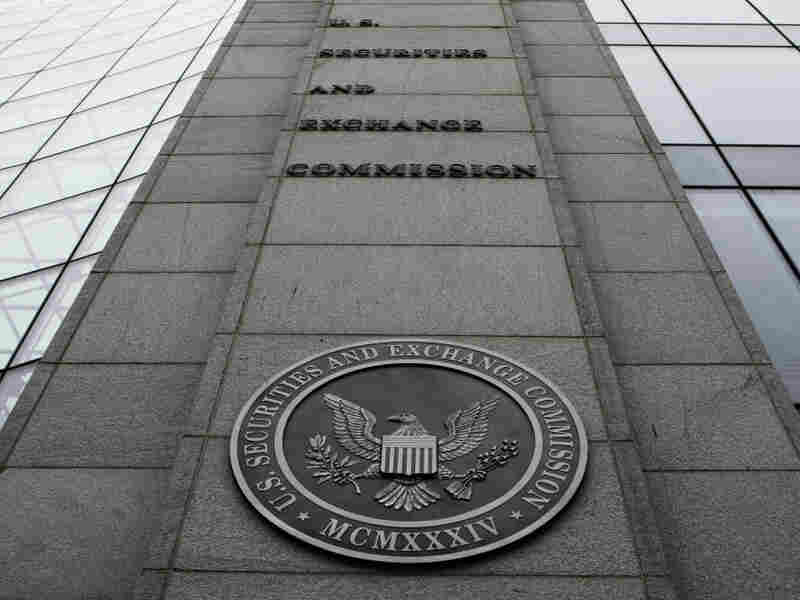 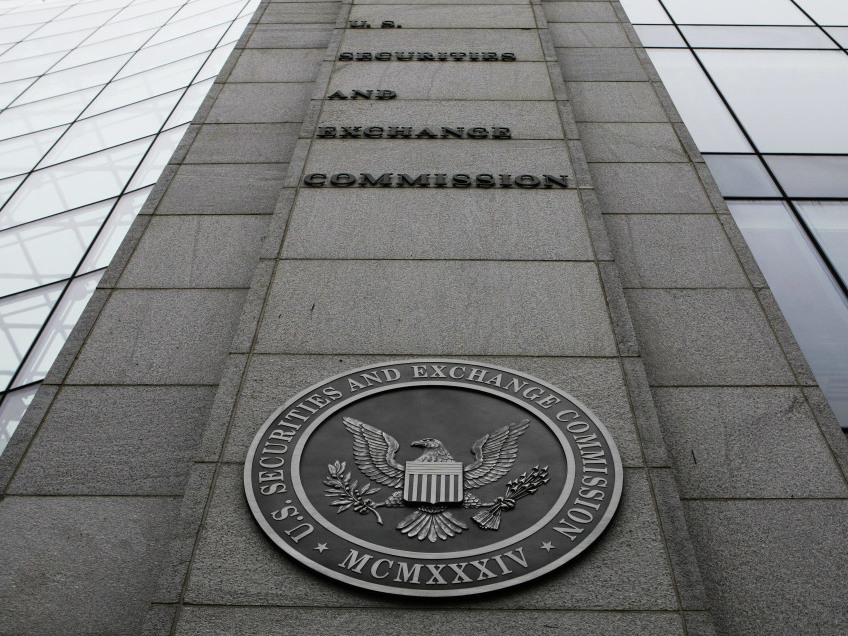 The Securities and Exchange Commission headquarters in Washington.

A staff member at the Securities and Exchange Commission has complained to Congress that thousands of investigative documents have been destroyed by the agency.

Longtime SEC staffer Darcy Flynn says some of those missing papers relate to huge investment banks under the spotlight for their role in the 2008 mortgage crisis.

Flynn is asking Congress to protect him from retaliation after blowing the whistle on document destruction that he says stretches back for 20 years. Some of the missing files involve early-stage inquiries the agency made into the workings of Goldman Sachs, Bank of America and Lehman Bros.

"The same big banks that delivered us the 2008 financial crisis," says Gary Aguirre, a lawyer in San Diego who brought Flynn's allegations to the attention of Congress.

Aguirre, a former SEC whistle-blower himself, is one of many people who are calling for more accountability on Wall Street and for more action from the SEC.

"I just think that when you've destroyed 9,000 files of investigations, it makes sweeping under the table a lot easier," he says.

Cause For Concern Or 'Tempest In A Teapot'?

Iowa Republican Sen. Charles Grassley, for one, is paying attention.

Grassley says he wants more information from the agency.

"We know that Bernie Madoff — that there were several allegations against him that were never followed up on by the SEC," Grassley says. "So basically I just want to know that the SEC is doing its job to protect middle-class 401(k)s and other investments."

An SEC spokesman says in a written statement that there's nothing wrong with how the agency handled internal documents.

"There's no requirement that every document that comes into an agency's possession in the course of its work must be retained," the statement says.

And that view is getting some support from outside analysts who follow the SEC.

"My initial take on this is it's a tempest in a teapot," says University of Denver law professor Jay Brown. "What appears to be going on here is the SEC would look at a matter, decide not to bring a case, and largely purge the file of documents."

Those documents might include newspaper articles or anonymous tips — anything that might have prompted the agency to start a file called a "MUI," or matter under inquiry, says Jacob Frenkel, a securities lawyer in the Washington, D.C., area.

"A MUI is nothing more than someone has called in with a complaint or some staff person has made a decision that there is something to at least look at, at the most preliminary level," he says.

Frenkel says there's no allegation the SEC tossed sensitive documents from banks it got under subpoena in high-profile cases that investors and lawmakers care about.

The debate boils down to this: What does an investigative record mean to Congress? And the courts?

Under the law, those investigative records must be kept for 25 years.

But federal officials say no judge has ruled that papers related to early-stage SEC inquiries are investigative records.

The SEC's inspector general says he's conducting a thorough investigation into the allegations. He tells NPR that he'll issue a report by the end of September.