Accessibility links
Movie Review - 'Mozart's Sister' Imagines A Second Musical Genius According to a new French film, Wolfgang's sister Nannerl had her own, unrealized musical talent. Bob Mondello says the movie's gorgeous sights and sounds, coupled with an insightful look at the role of women in artistic societies, make for a near-prodigal work. 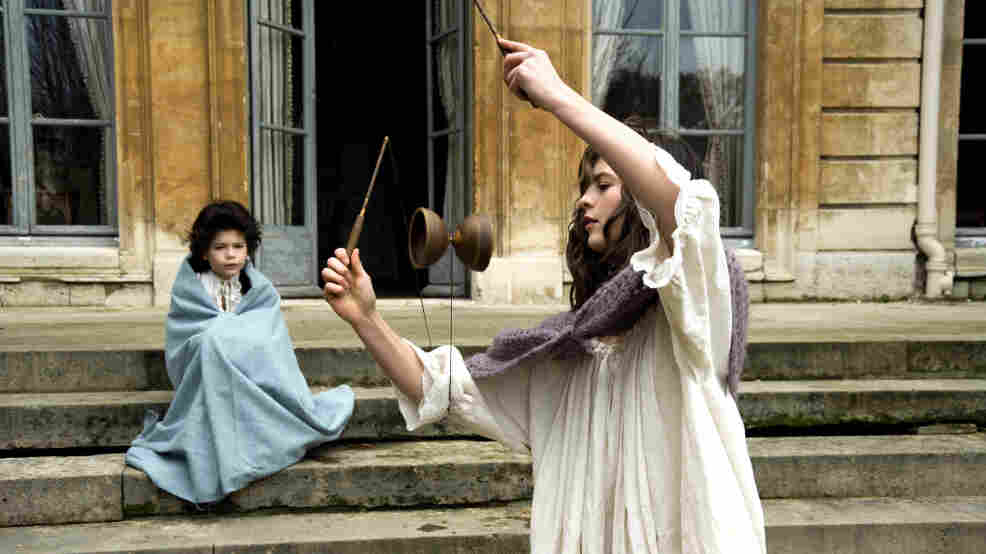 'Performing at the Palace'

'Performing at the Palace'

Something about the life of Mozart seems to inspire dramatists to make things up. First there was Amadeus, a play (and then a movie) in which the composer was murdered by a rival in the Hapsburg court. And now, Rene Feret's costume epic Mozart's Sister suggests that at an early age, he had another, less deadly rival.

One with perhaps more reason to find him annoying, though. Imagine that your little brother took up music because he admired you, then took over your spot as the family prodigy when you were both still very young, reducing you to being his accompanist as he played concerts for royalty all over Europe. Sounds like a recipe for filial disaster, no? Except that the Mozart kids — 15-year-old Nannerl (Marie Feret, the director's daughter) and 11-year-old Wolfgang (cherubic David Moreau) — adore each other.

We meet them as they're traveling with their family from one aristocratic estate to another, promoted by their father with elaborate panache — at one point he even has little Wolfie play piano blindfolded. Their touring is constant, and as the film begins, a cracked axle on their carriage is requiring Dad (Marc Barbe) to walk in the snow, while the kids keep themselves warm by playing duets. When their father realizes that they're both playing violins, he puts a stop to it. Nannerl's not allowed to play violin, he says. It's a boy's instrument.

Dad has lots of rules, most of which seem to favor little Wolfgang, not because he's a genius, but because Dad is starting to think about his daughter's marital prospects and is convinced it's not good for her to be too accomplished. Nannerl is told, for instance, that composing music is beyond a girl's capabilities, though unbeknownst to Dad, she came up with her little brother's first compositions. Doesn't change a thing when he finds out. This was simply not a good historical moment to be born with two X chromosomes.

And when the family stops at a convent where three French princesses are cloistered, Nannerl discovers that's no less true if you're of royal blood. Nannerl befriends the youngest of them, Louise (Lisa Feret, also the director's daughter), and their brief acquaintance leads her to an encounter at Versailles with the Dauphin (Clovis Fouin), though getting near him requires dressing as a boy — a ploy that will later show up in her brother's operas. As a boy, of course, she gets to both compose and play the violin. 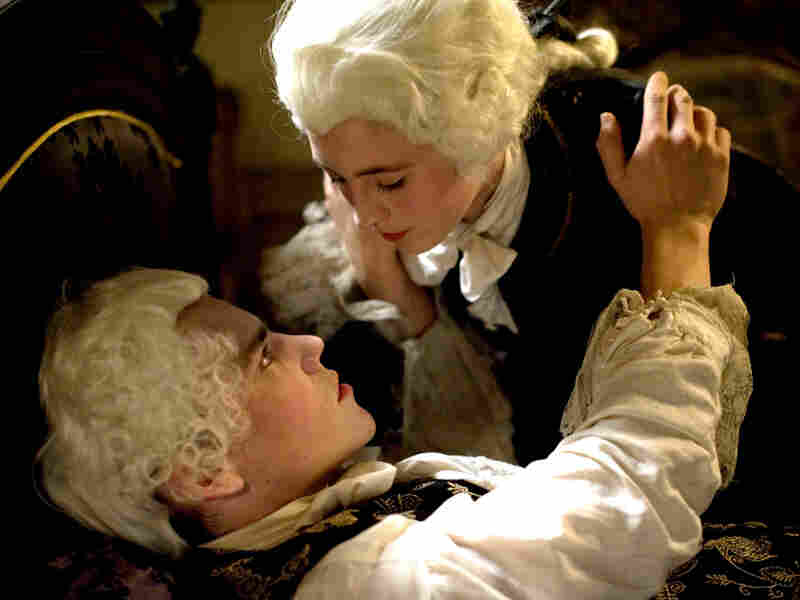 The filmmakers have Nannerl dress like a boy to gain access to the Dauphin (Clovis Fouin) — a trick that would later be employed in her brother's operas. Sylvain Bonniol/Music Box Films hide caption 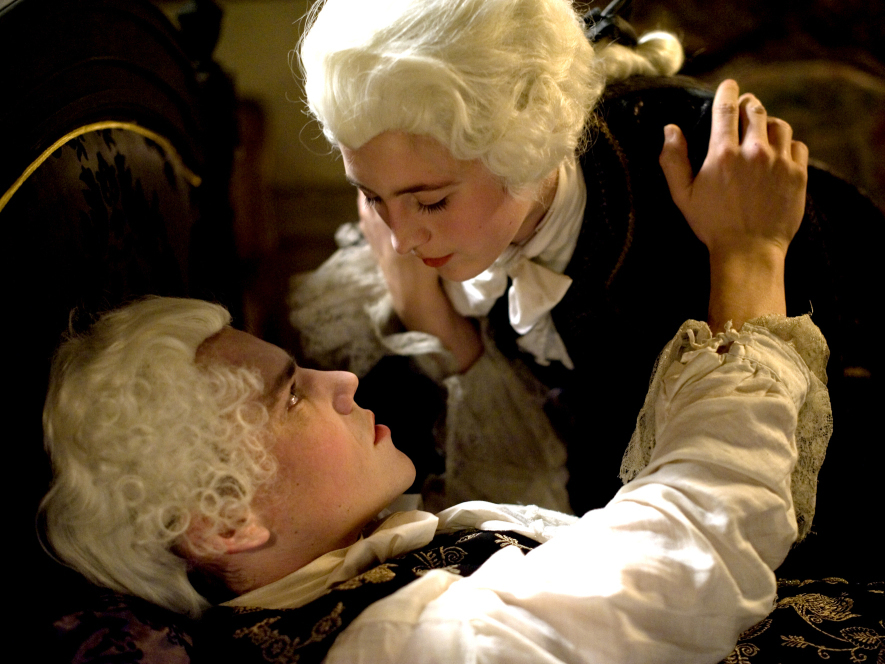 The filmmakers have Nannerl dress like a boy to gain access to the Dauphin (Clovis Fouin) — a trick that would later be employed in her brother's operas.

Marie Feret is quietly persuasive, whether obediently sitting at a harpsichord or surreptitiously composing by candlelight as Mozart's Sister follows the general contours of this musical family's real life — strict father, acquiescent mother, nonstop concert tours to keep food on the table — and if the most arresting details are invented, well, as "what-ifs" go, they're fun. Here are two kids so music-besotted, they wake each other up in the morning by inventing new melodies and pounding them out in tandem on the nearest harpsichord. What contemporary parent wouldn't kill to have kids like that?

Pre-Revolutionary France, on the other hand, does not appear to have been a fun place for girls or women, though the film mostly manages to depict the era's sexism without imposing contemporary attitudes. And it does so lavishly because the filmmakers, on what was apparently a tiny budget, benefited from one enormous bonus: They were allowed to film at the palace of Versailles. Mozart's Sister is consequently gorgeous, with candlelit shots looking like old master paintings — a fine match for music that takes your breath away.