Accessibility links
'Skyjack': The Search For The Parachuting Fugitive Author Geoffrey Gray is hot on the case of D.B. Cooper, a debonair skyjacker who disappeared 40 years ago after jumping from a plane with a $200,000 ransom. 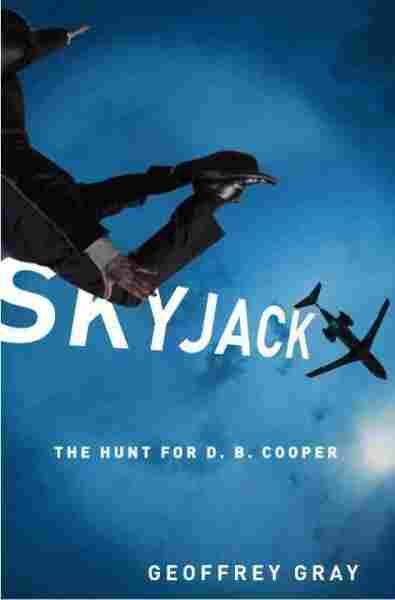 The Hunt for D. B. Cooper

Confession, readers: This is my second go at Geoffrey Gray's Skyjack: The Hunt for D.B. Cooper. I'd already shaped my review of Gray's exhaustive but ultimately inconclusive attempt to solve the mystery of the infamous 1970s airplane hijacking when, days before the book's Aug. 9 publication date, news arrived that there was a break in the case. The timing was bizarre, but, to quote Gray from Skyjack, "What about the Cooper case so far hasn't been absurd?"

Let's start at the beginning. The day before Thanksgiving in 1971, a man calling himself Dan Cooper boarded a Boeing 727 for the short hop from Portland to Seattle. He was the last of the flight's passengers to purchase a ticket. Cooper ordered a drink before take-off and, as the aircraft accelerated down the runway, handed a stewardess (a "stew," in Gray parlance) a note informing her he was armed with a bomb. "No funny stuff, or I'll do the job," he told her, while demanding $200,000 in cash and four parachutes. After touching down in Seattle to release passengers, refuel and secure the canvas bag containing his ransom, the plane was en route to Mexico when Cooper lowered its aft stairs and leapt into cold-case history.

Gray, a New York-based journalist, got involved in the case as a result of a tip from private investigator Skipp Porteous. Porteous had a client who claimed to be the brother of D.B. Cooper. The tidbit was alluring enough to hook the writer on the tangled story of the "gentleman thief," a tale that, over the decades, has grown thick with glory hounds putting themselves forward as witnesses; numerous debunked deathbed confessions; incorrigible investigators working with scant and outdated information; and amateur sleuths who gather in online chat rooms to endlessly ponder the case.

Gray has divided Skyjack into sections — the first is focused on the jump itself, a second on the manhunt in the crime's immediate aftermath, and a third (titled "The Curse") on the determined if doomed gumshoe efforts of present-day Cooper aficionados. Throughout the book, we're introduced to various possible Coopers: a man undergoing a sex change operation; a military man-turned con who is jailed for a subsequent skyjacking; an insurance peddler with several ex-wives and a murky past. 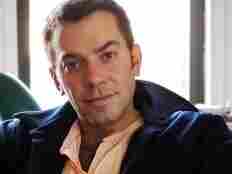 Gray has an eye for detail — a gift that served him well when he became the first reporter to be given access to the FBI's vast case file on Cooper. The live radio chatter between Cooper's hijacked flight crew and the FBI was, Gray reports, so amusing that it was piped into the cabin of another flight for the entertainment of its passengers. The pilots on Cooper's plane had the October and November 1971 issues of Playboy stashed in the cockpit, and Gray obliges with descriptions of the centerfolds.

If he occasionally lets his hard-boiled prose get the better of him (women tend to be "specimens of red" done up in "lipstick and blush") and takes some fliers on the case's slippery facts (was Cooper a bourbon-and-Seven man, as Gray reports, or a bourbon-and-water lover, per the AP and others?), Gray weaves a compelling yarn. By taking us through the minutiae and petty spats of Cooperland, we're given a sense of why the case has transfixed so many for so long.

And what of this new, 11th-hour revelation? On Aug. 1, the British newspaper The Telegraph reported that the FBI was tracking a new suspect in the case. Marla Cooper, the niece of one L.D. Cooper, of Sisters, Ore., came forward, claiming that her late uncle was the elusive hijacker. "I heard [him] say, 'We did it, our money problems are over, we hijacked an airplane,' " she told ABC News in the wake of the Telegraph scoop.

Once you've read Skyjack, her account sounds all too familiar. A long-dead family member? Check. A child's recollection of distant events? Check. A DNA test has already disproved the claim.

In a television appearance a few weeks ago, Gray was nonplussed at the news of a Cooper suspect who does not appear in his book. "The story of Cooper really is the story of people coming forward, claiming that they heard a long-lost uncle say something," he said of the shifty characters who have proliferated in the void left by Cooper himself. Cooper's real heist, it seems, was not the cash but the capturing of the public's imagination for nearly four decades.

Read an excerpt of Skyjack