Accessibility links
Ag Business Strained Finding Good Crop Of Employees Unemployment remains high, but a Michigan farm co-op is still having trouble recruiting and filling open positions. Prospective employees aren't willing to move to a state with one of the highest jobless rates, or to change jobs in an uncertain economy, company executives say. 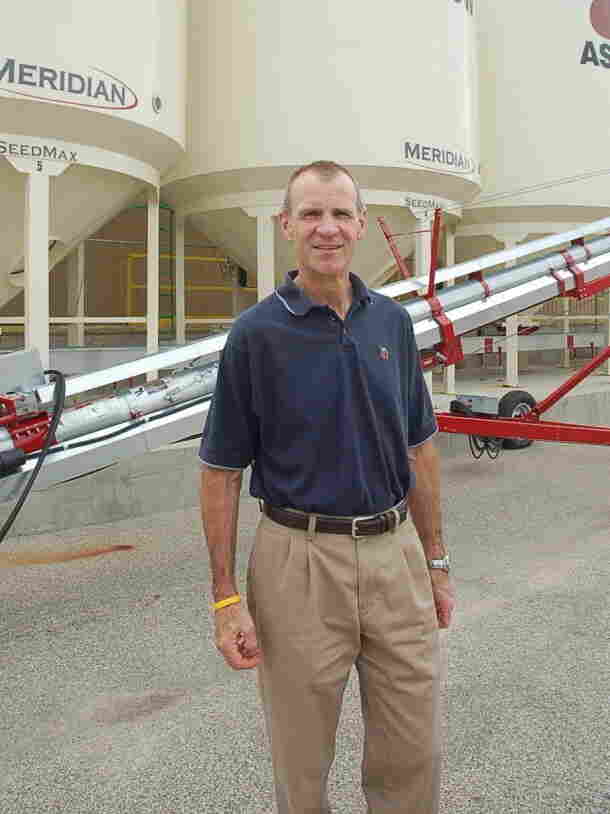 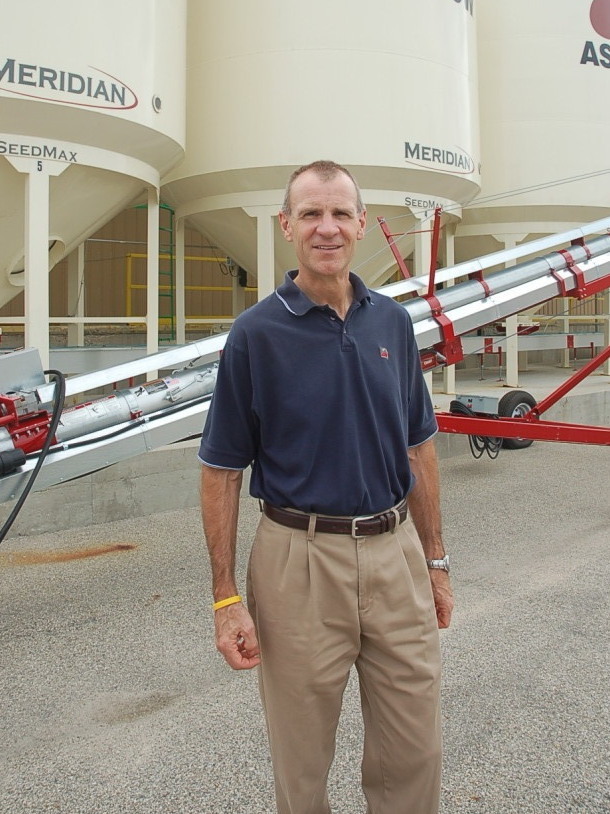 Last of a five-part series

In Michigan, one in 10 people who want work can't find a job, and that number doubles if you include people who are underemployed or who have just given up on their job search.

But despite high unemployment, some employers are still finding that the search for talent can be a challenge.

At the Hamilton Farm Bureau cooperative in southwest Michigan, a 50-ton truck is taking in a load of grain that will go to feed cattle.

Between 20 and 25 semi trucks roll in and out of the co-op each day. It also sells fertilizer and propane gas, packages and ships eggs, and helps farmers market what they raise.

But this is no longer your grandfather's ag industry: The people who work in the warehouses and feed factories have to know computers and high-tech systems, and fertilizer applicators use global positioning systems.

But Blowers says it's tough to recruit people who have the expertise his company needs. "Where we start to struggle a little bit more is on the sales side," he says.

I think every company has something sexy about it, and that's the kind of message they need to emphasize.

Blowers says his company is finding that people are reluctant to move to a state that has one of the nation's top unemployment rates. The company loses more than half of its serious prospects for that reason, he says.

Additionally, he says, people who already have jobs are not willing to make a change in an uncertain economy. And many prospective employees don't see agribusiness as a challenging field, Blowers says.

"It is a business in Michigan, as far as I'm concerned, that's on a growth curve, but we need to be better at portraying that and conveying it," he says.

Rebecca Joffrey, co-director of the Career Development Office at the Tuck School of Business at Dartmouth College, says that while jobs may be in short supply, competition for people with particular skills can be fierce. Companies should market themselves to young people who see a job as more than just a paycheck, she says.

"I think every company has something sexy about it, and that's the kind of message they need to emphasize," she says. "The young people coming up today, they see the problems, and I think they want to be part of the solutions."

Blowers' co-op may have another recruiting advantage — he has a lot of competition nearby.

Paul Krutko is an economic development expert who leads a business incubator affiliated with the University of Michigan. Prospective workers want to take jobs in places where they know there are more jobs, he says.

What It Does: Distributes feed to cattle, sells fertilizer and propane gas, packages and ships eggs, and helps farmers market what they raise.

That's a big reason why some regions like Silicon Valley attract a lot of prospective workers, Krutko says.

"One of the elements about choosing where to live is, 'Do I see a rich enough environment that I can see multiple job opportunities for myself — that if the company I'm working for gets bought out, or that company goes bankrupt — that there are other employment opportunities in that region for the skills that I have?'" he says.

Agri-business is a $71-billion-a-year bright spot in a Michigan economy that's still sputtering. Blowers says there's a lot of room for his co-op to grow, and he's not the only one who thinks so.

"Hey, there's competition out there that's viewing it the same way. Don't get me wrong, it's not just a wide-open field to go get, but the challenge is you've got to have the right people to be able to help you go get that," he says.

Blowers says there's room to more than double his sales turf and annual revenue, but only if he can build a sales force with the know-how and ambition to go out and get customers.