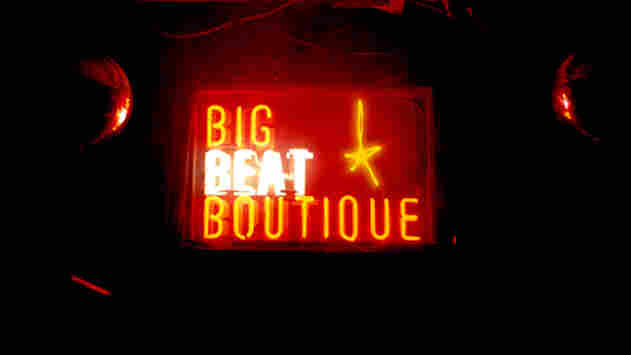 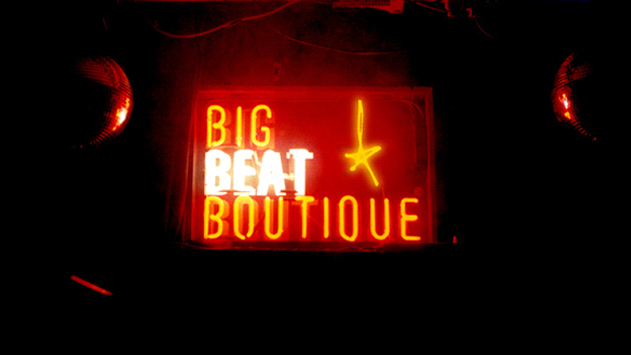 Big Beat took its name from the "Big Beat Boutique," a dance night that Norman Cook, a.k.a. Fatboy Slim, co-founded in 1995.

In the early 1990s, when raves had become commonplace in London's underground electronic music scene, a faction of U.K. DJs decided to try something new. Tom Rowlands and Ed Simons, two former ravers known as The Dust Brothers, had mellowed a bit since their all-nighters in Blackburn and taken to DJing in London bars. The duo developed a reputation for packaging hip-hop breakbeats and acid house riffs in a digestible pop-song structure.

When Rowlands and Simons were given a residency at a small pub called The Albany, momentum began to build. The evening, run by Heavenly Records and called "The Sunday Social," also included DJ Norman Cook, who later established a similar party in Brighton in 1995 called the Big Beat Boutique.

Big beat was considered by some in the electronic community to represent a dumbing-down of dance music, though others claim it saved electronic music from wandering off the edges of experimentation. Britain quickly embraced the trend, and the style managed to briefly cross over into the American mainstream.

In the list below, originators, producers and DJs pick 11 tracks that defined the London and Brighton sound of the original big beat.